Adorable Cow Says ‘Screw It!’ And Runs Away To Live With Wild Bison

Polish naturalists may as well have started singing the popular children’s song this winter as they observed something amazing that they’d never seen before. Wild bison often roam at the edge of the Bialowieza Forest, but when biologists began observing one herd through their binoculars, they realized a much more familiar creature had joined the gang.

Ornithologist Adam Zbyryt first spotted a chestnut brown Limousin cow, a breed popular in Poland. He and other observers assumed she would wander back to her pasture naturally. 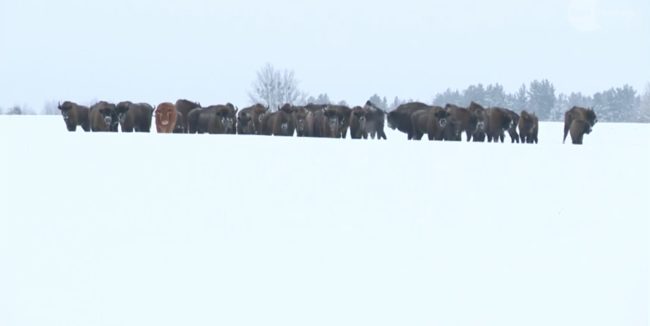 You know what they say about assumptions, though, because this heifer has “chosen freedom” and decided to stay with the bison, even at the outskirts of the group. She isn’t fully integrated into the herd, well, because she’s a cow. 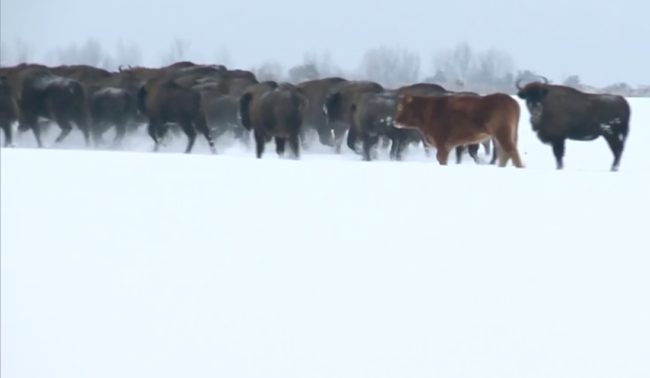 She likely joined her new friends after they saved her from some wolves at the edge of the forest, and now she’s determined not to go back to her simple farm life. Unfortunately, she’s going to have to go very soon. 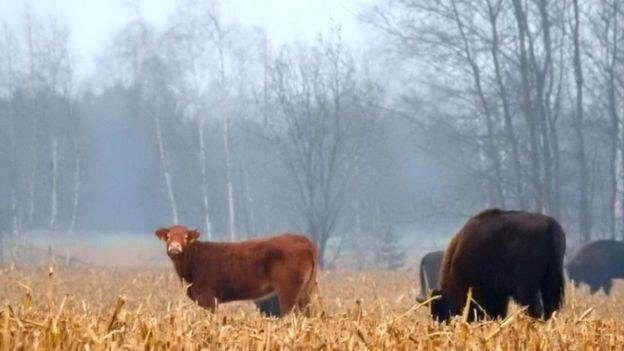 Recapturing the cow is necessary because breeding with the bison could be dangerous for her. “Another danger is that hybrid calves are large, and the cow could die giving birth,” a biologist told TVN24. 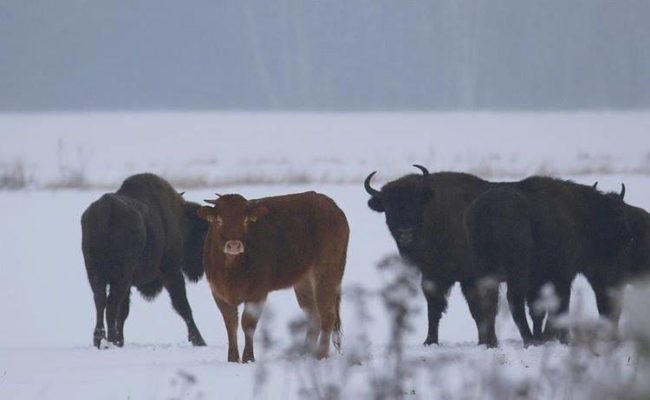 Also, because there are only 600 in the population of wild bison in Poland, contaminating the group with a hybrid could hurt the population’s growth. Still, this free spirit got to live her best life this winter. 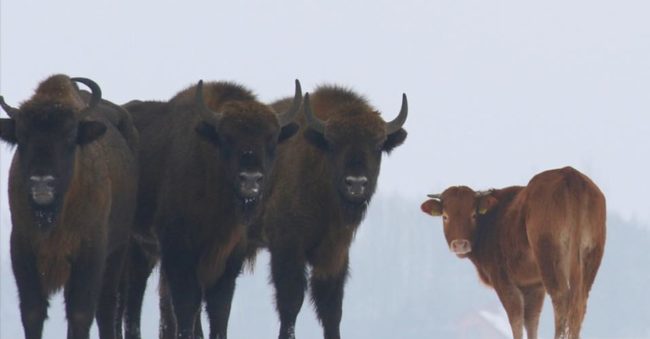 She’s an inspiration to everyone who’s ever wanted to just say “screw it!” and run off into the forest. I hope she had an amazing time during her walk on the wild side.