Cats are awesome pets, but dealing with their litter boxes is a less-than-fun experience.

It seems that every time I enter my laundry room, I’m hit with the overpowering stench and nasty sight of what’s inside their personal bathrooms no matter how often I clean them.I can’t even walk near them without tiny particles of litter sticking to the bottom of my feet.

Redditor Justinlebon26 must have felt the same level of frustration that I do, because he came up with a genius way to hide his three cats’ litter boxes in plain sight without having to see or smell anything!

He initially bought this entertainment center for himself on Craigslist, but it later became clear that his cats wanted it for themselves. 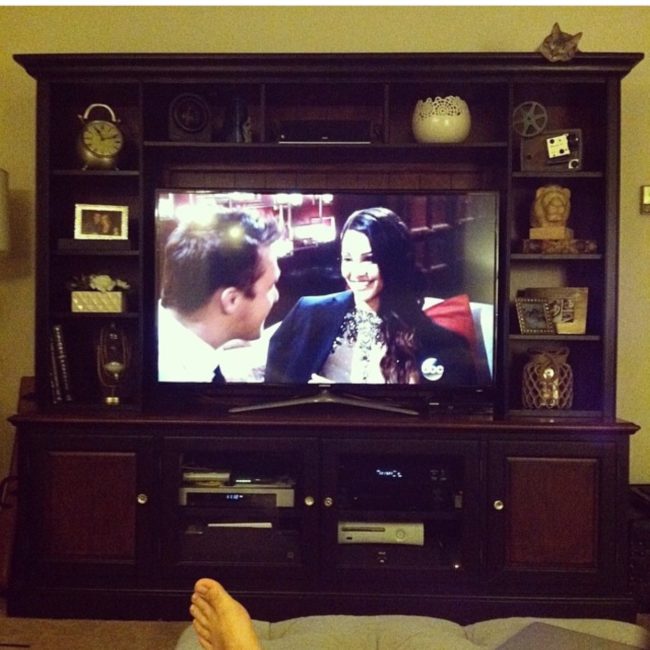 After brightening it up with white paint and removing the top, he realized that he could modify the bottom storage for his feline companions. 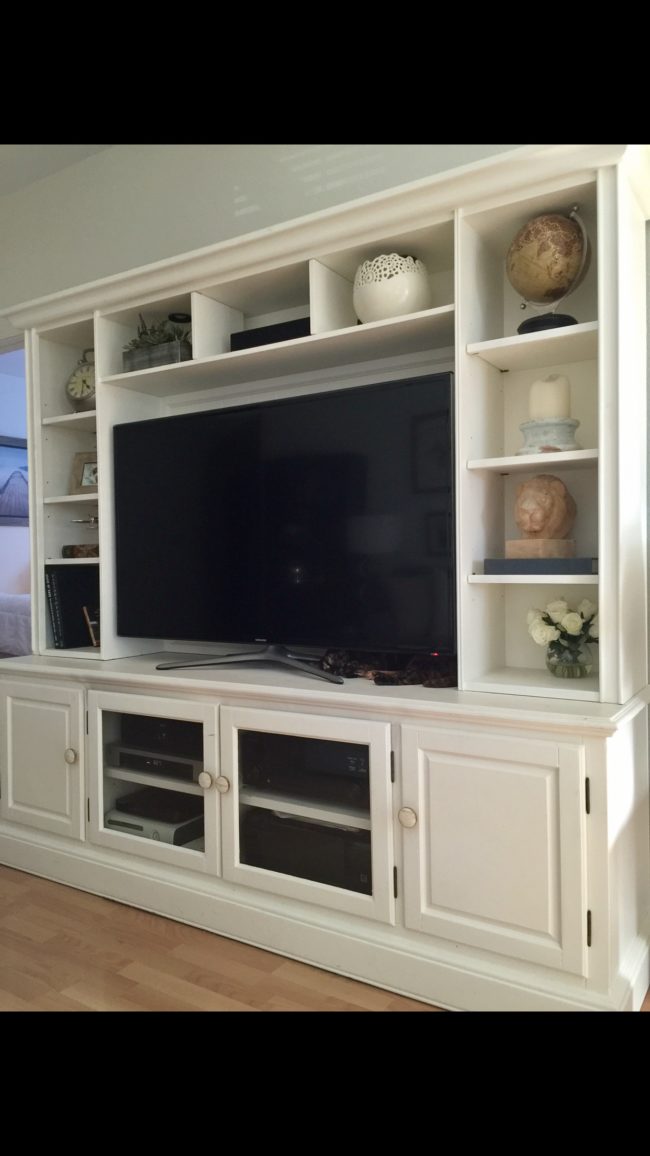 That’s when he decided to move it into his bedroom and cut holes in the middle doors and on the inside of the storage compartments with a jigsaw. 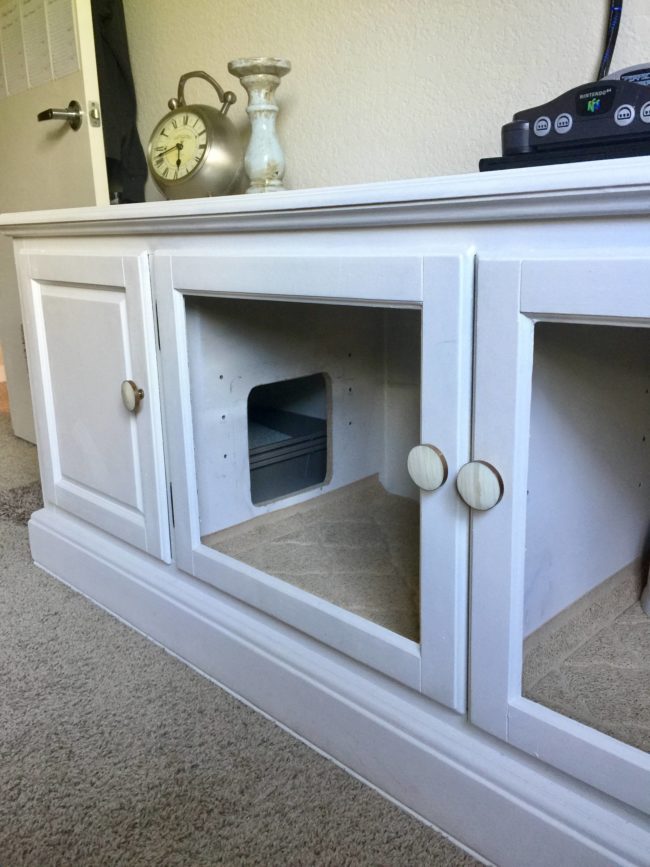 Read More: It Looks Like A Stone Fireplace At First But A Closer Look Reveals Something Awesome

Attaching carpet to the bottom middle compartment would help prevent any loose litter from falling out of the entertainment center. 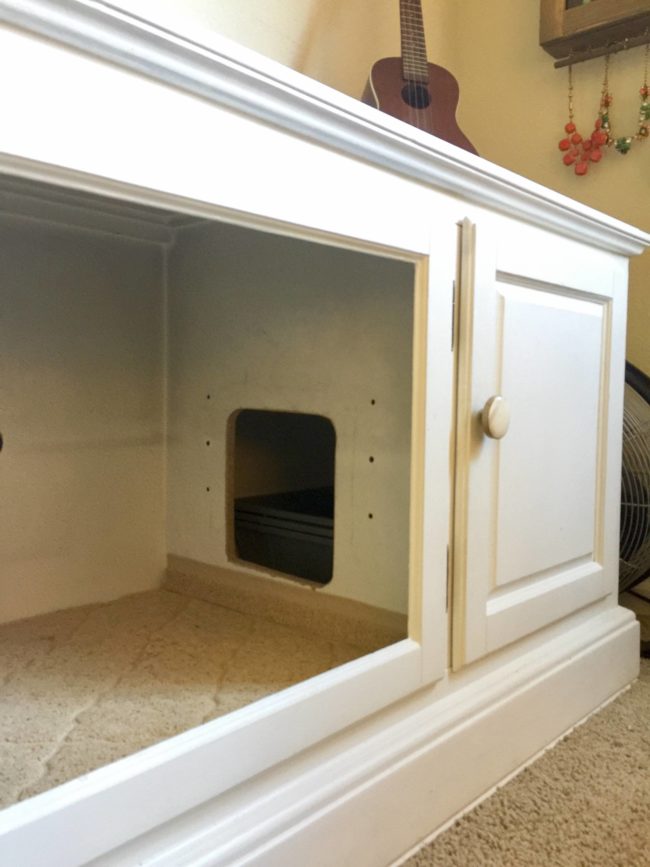 The easy part was just placing the litter boxes inside at each end and closing the doors, which surprisingly did wonders for masking the smell! 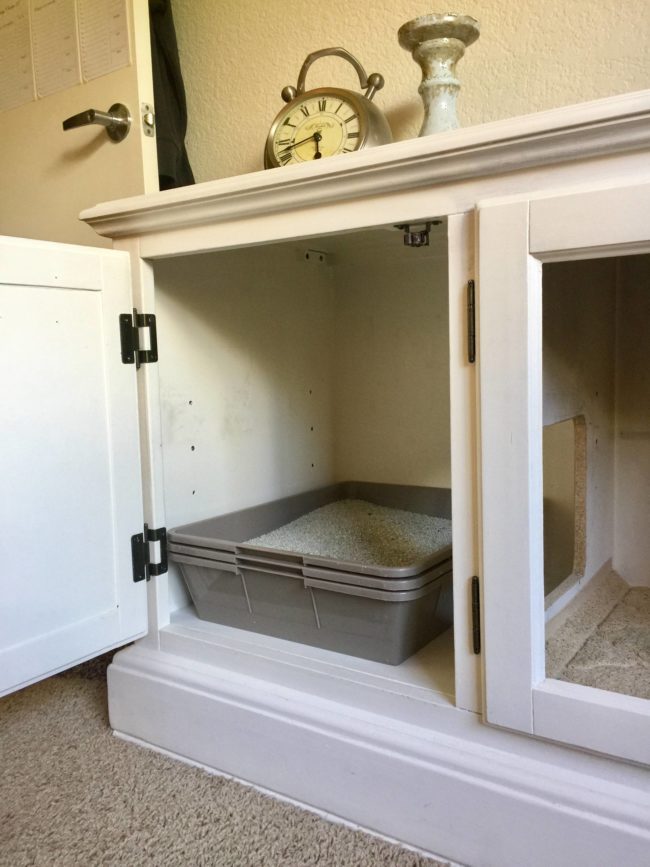 Now you can’t even tell there are any litter boxes at all! 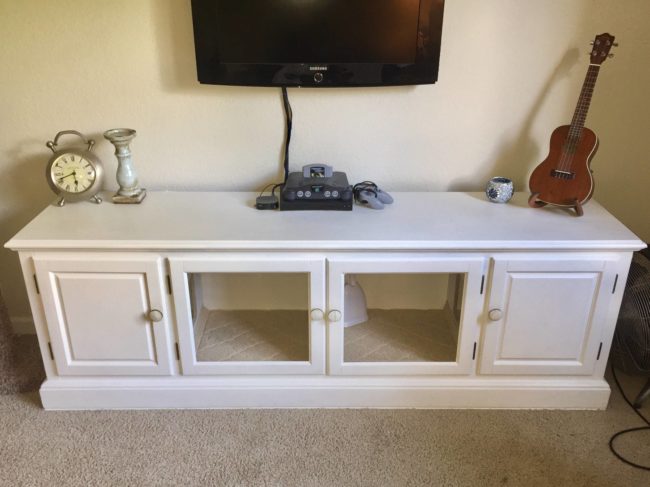 And it’s safe to say the kitties are pleased with their new bathroom. 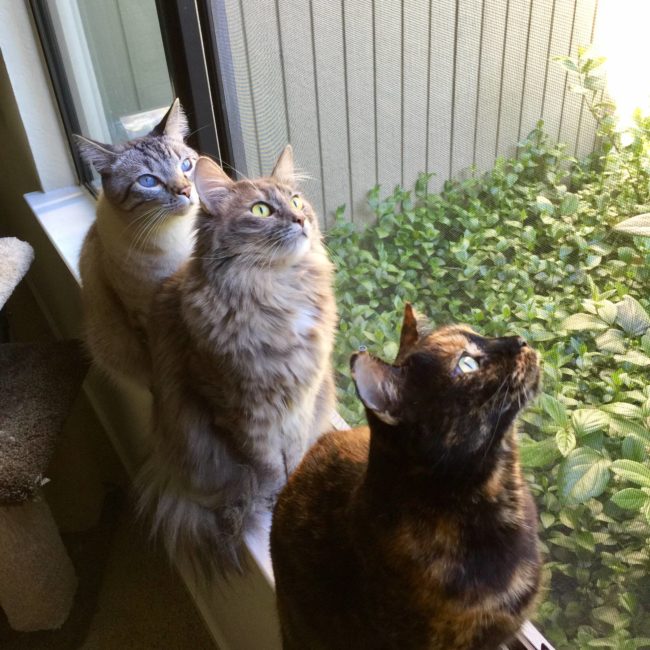 Props to Justinlebon26 for coming up with this awesome idea.I’m definitely gonna have to try this for myself! 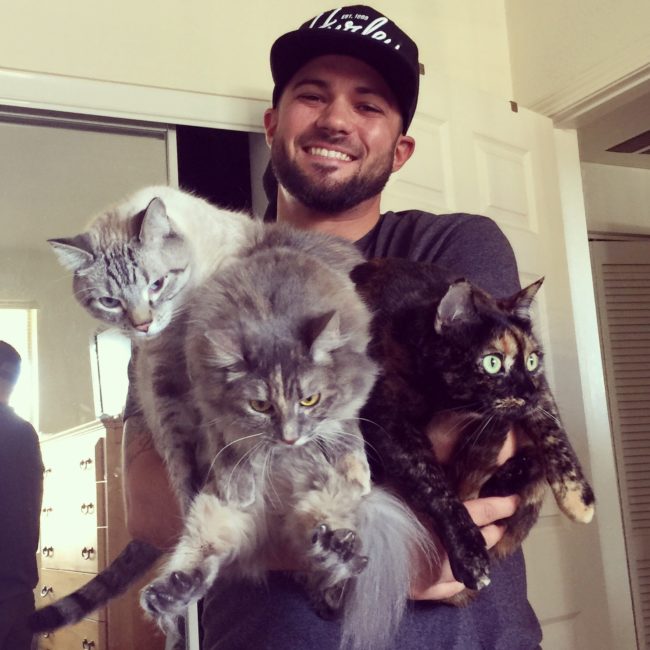 Want to try this project out for your kitties? You can check out the full details here, and don’t forget to share this cool idea with all your friends who have cats!