We All Hate Waiting To Exit The Plane, But Maybe Don’t Do What This Teen Just Did

On August 1, a 17-year-old boy was arrested not long after the plane he was traveling on touched down at the San Francisco International Airport.

According to his fellow passengers, the teen had been flying alone and appeared to be emotionally distressed throughout the seven-hour Copa Airlines flight from Panama City. They’d noticed that he was fidgeting and very anxious, but they never expected him to jump out.

He’d been sitting in an exit row, and a few minutes after the plane landed, he opened the emergency door and slid down the wing to the tarmac. 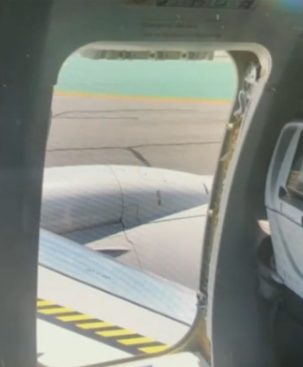 It isn’t clear why he did so, but it could have something to do with his emotional state.

An airfield construction crew caught and held the teen, who is a U.S. citizen, until police arrived. Though he violated a federal law, Officer Grace Gatpandan says he will not be charged by local authorities.

After the incident, the boy was was taken to a hospital for mental health treatment. Here’s hoping he gets the help he likely needs.