We tend to view bears and other predators as terrifying, bloodthirsty beasts, but we often don’t consider that like us, they’re also goofballs whoenjoy playing around with each other.

And as many of us can say we reach peak laziness on a regular basis, so can bears, as demonstrated by this hilarious pair spotted in Otisville, New York. What initially appeared as the bear fight of the century turned into the laziest match ever when the two realized they couldn’t muster the energy to take each other down.

At first glance, they look like they’re about to rip each other apart in a violent tussle, though they’re actually just play-fighting. 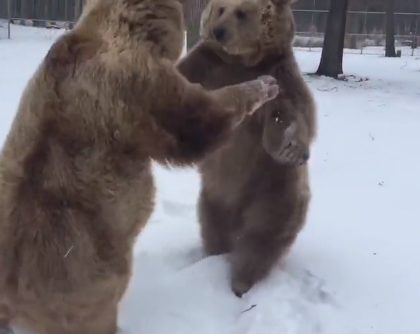 Still, their brawl is pretty intimidating to watch… 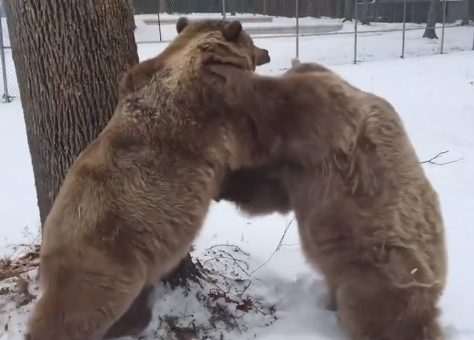 …that is, until they both give up and subsequently give in to their lazy urges.

I never thought I’d say I relate to a bear, but their sluggishness speaks to me in a way I can’t ignore. Stay lazy, my adorable friends.