She, Her Baby, And A Friend Died In A Crash. Then Someone Took A Photo And Saw This.

On April 25, 23-year-old Hannah Simmons was taking her nine-month old daughter, A’lannah, for a check up in Georgia with her best friend, Lauren Buteau, when they lost control of the vehicle.

Tragically, the accident was so bad that it took all three of their lives. A young woman named Anisa Gannon was on her way to her job when she saw the ambulances, fire trucks, and police cars surrounding the site. Knowing that she would be late to work, she used her photo to snap a picture of the scene to show her boss what had held her up. What she ended up capturing in the image was something that the victims’ families would treasure forever.

When Gannon’s aunt, Tara Noble, later saw the picture, she pointed out a beam of light leading straight into the sky with two glowing orbs in the middle. Believing that it was a sign from Heaven, they decided to show it to the loved ones who were left behind after the tragic crash. 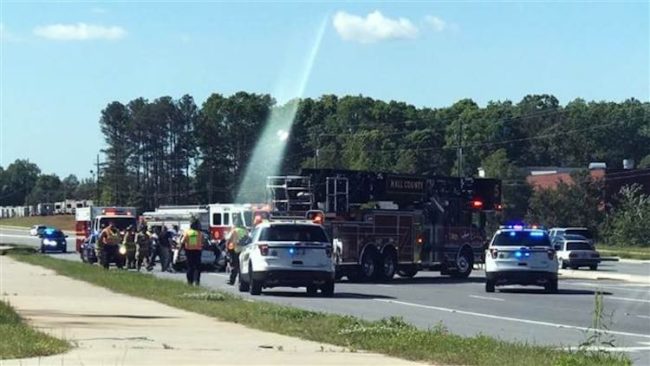 Hear what the families have to say about the seemingly miraculous photo in the video below. They have no doubt about what they think it is.

Read More: Is This A Ghost Floating Above The Scene Of A Fatal Car Crash? Sure Looks Like It

Whether it’s what they call a “pathway to Heaven” or some kind of reflection from Gannon’s phone, I’m glad it brought some comfort to the grieving people who lost so much that day. Whatever you believe, share this story if it touched your heart.