This Artist Is Famous, But These Accusations May Reveal Something Disgusting

He’s rumored to be the world’s richest artist, but recently, Damien Hirst has been accused of something shocking. 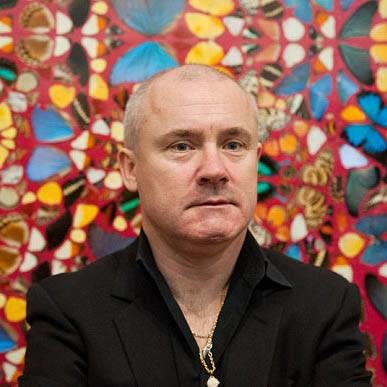 When it comes to Hirst’s work, “shocking” isn’t exactly a new descriptor. For the past 30 years, he’s been creating art that deals primarily in death.

Over the span of his career, Hirst has used 913,450 creature carcasses in his work. From cows to sheep, butterflies to sharks, his installations display animals and insects both in their entirety and cut in half, a jarring spectacle known as “vivisection.”

The issue, raised by the RSPCA, is not that Hirst uses animal carcasses — it’s about how he obtains them. According to them, many of these animals did not die naturally. They were murdered in the name of art. 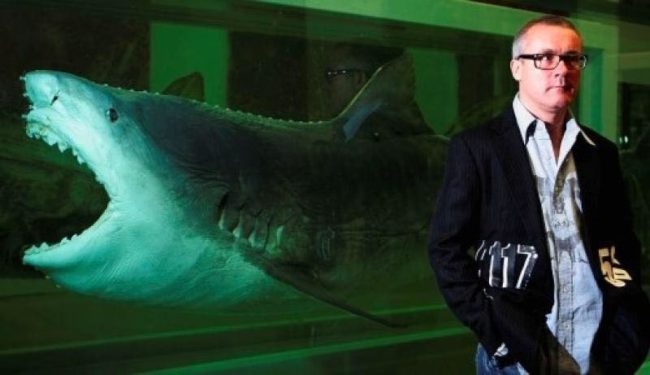 Caroline Goldstein, a spokesperson for Artnet, said, “Some of the animals were dead before Hirst came around, while others met ends tailored to their artistically conceived resting places.” Call me crazy, but I don’t find anything artistic about killing innocent animals, like this sheep in the aptly named piece called “Away From the Flock.”

Sometimes, Hirst cuts his subjects in half, such as in “Mother and Child (Divided).”

For other works, he simply soaks their carcasses in formaldehyde and installs them in places like restaurants. Burger, anyone?

One of his more controversial pieces was this cow head, which was left crawling with maggots in an enclosed area. Then, as the flies hatched, they were zapped with an electric bug killer. That, folks, is what the world is calling performance art these days.

Of course, one can’t forget the thousands and thousands of butterflies that died for Hirst’s art – 17,000 butterflies, to be exact.

Detail of 'Isolated Elements Swimming in the Same Direction for the Purpose of Understanding (Right)' (1991). This work is one of the first examples of Hirst preserving creatures in formaldehyde. The 38 varieties of fish, sourced from Billingsgate market and fixed into perspective boxes filled with formaldehyde, seem perpetually – and absurdly –frozen. #fish #formaldehyde #sculpture

As of now, the investigation into these claims is ongoing. For many in the art world, it would be a devestating blow to learn that Hirst has been killing animals and insects all this time.

Do you think the allegations are true, or are they elaborate rumors meant to discredit and censor the artist? Let us know in the comments below.

And don’t forget to share this story with others to find out their opinion!