One Display In A Walmart Store Is Making Everyone Freak Out, And For Good Reason

The last things you’d expect to be advertised as a back-to-school items are guns, which is so why many people are upset with Walmart right now.

On August 9, a disturbing photo thought to be taken inside one of the stores began circulating around the internet, and people were shocked and disgusted to say least. That’s because it features a display of rifles under a sign stating, “Own the school year like a hero.”

Many Walmart stores around the U.S. sell guns for hunting and sports, but as back-to-school items? Not so much. 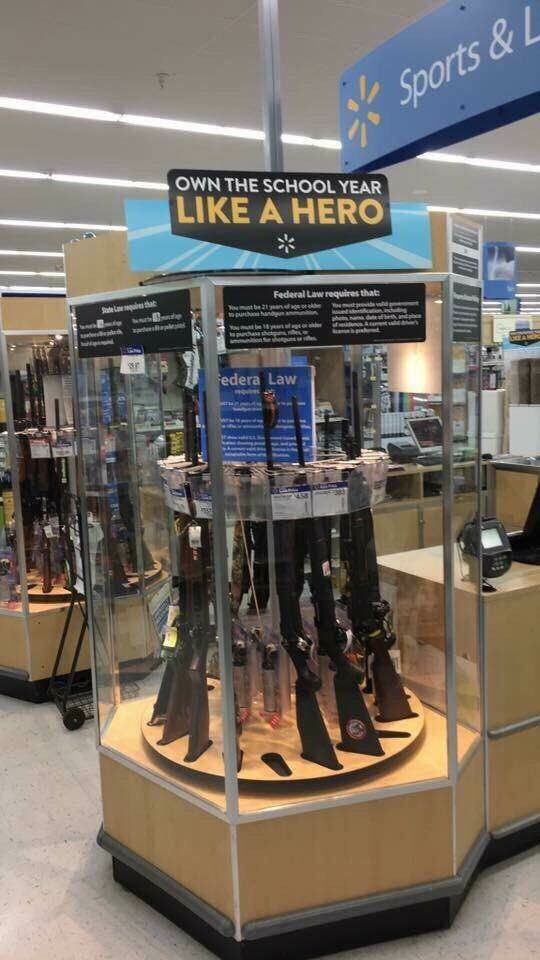 In response to the uproar of upset people, Walmart apologized.

Yes, this is terrible, Jordan. This sign had no business there and was taken down as soon as we were alerted. We are very sorry. -Dean

However, some are upset that the chain sells guns at all.

The sign? I was talking about the guns. https://t.co/m5wgFNUQKV

According to Snopes, Walmart spokesman Charles Crowson said the company is still investigating whether the photo was actually authentic. It could have possibly been a prank, but they are still unsure.