Every once in a while, Mom needs a break from the kids and sends Dad on babysitting duty.

Being the husband of the year that he is, Ben Patterson offered to watch the kids for the night so his wife, Stephanie, could let loose with the girls. After saying their goodbyes, Patterson had no idea that he would be left struggling to survive what is now known as the barfpocalypse.

While driving around with his son, Declan, Patterson experienced the joy of projectile vomiting as if Declan were auditioning for a remake of “The Exorcist.” And while most parents have their fair share of puke stories, this dad was totally unprepared for what happened next.

We’ve got a sympathy puker on our hands, folks. 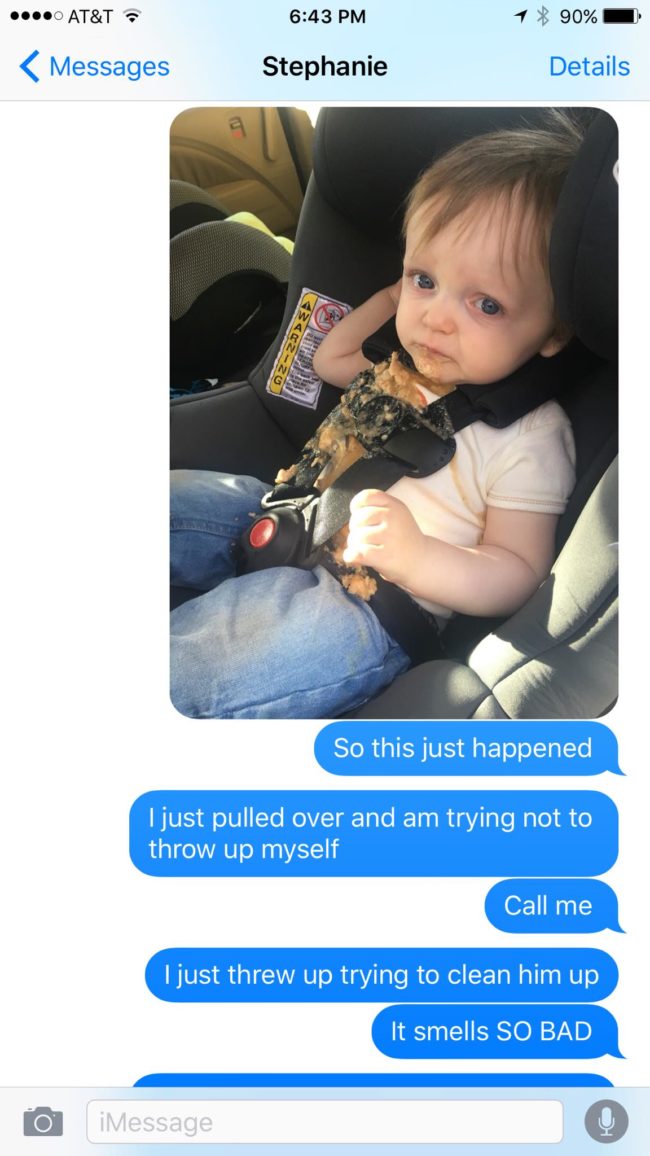 It’s all fun and games until the cops show up. 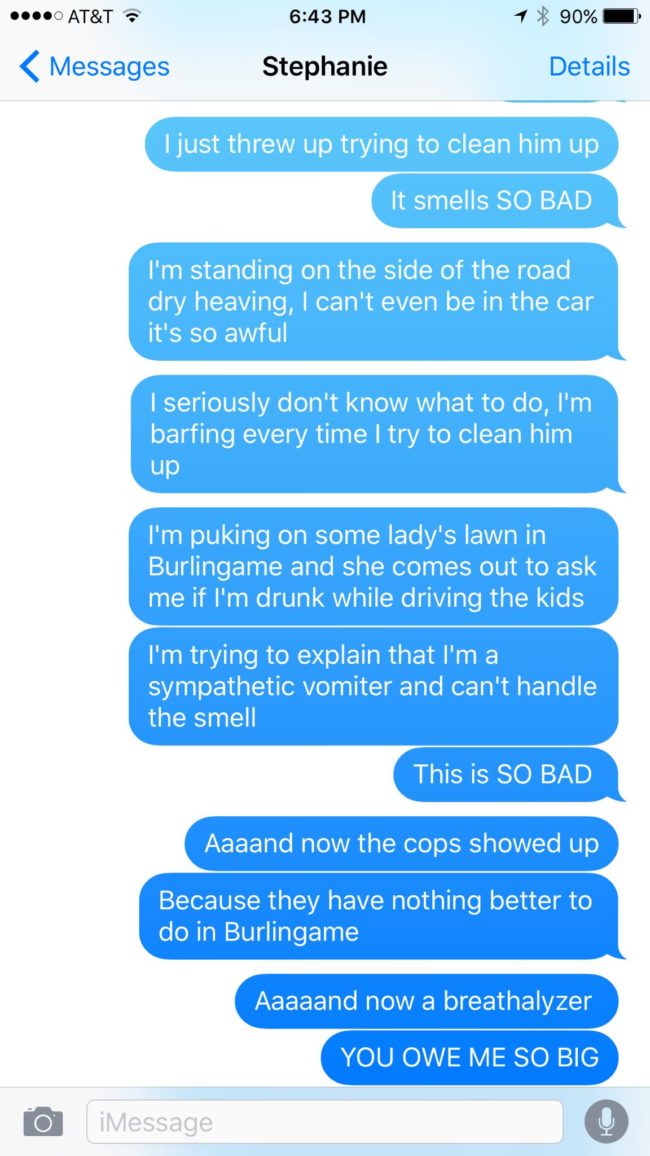 Read More: The Hilarious Text This Dad Sent Threw One Mother Into A Total Panic — Too Funny!

I’m a little curious how he knows what rotting whale blubber smells like, but at least he passed the breathalyzer. 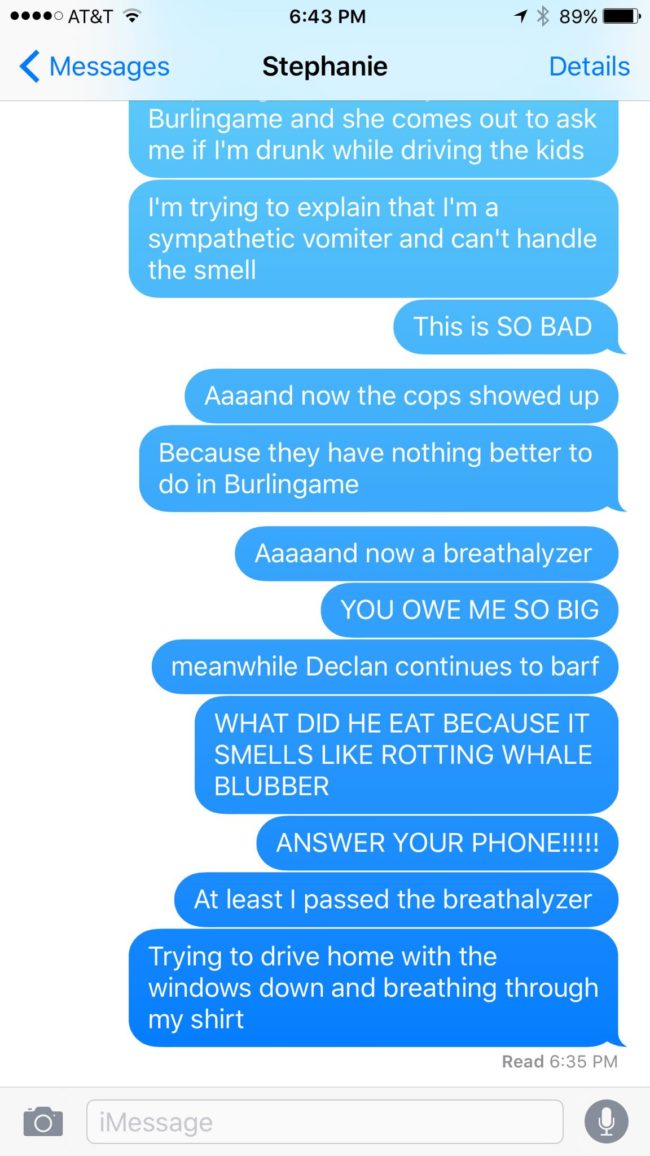 All it takes is a little bit of puke to ruin any dad’s night. Share this hilarious story with the parents you know who can totally relate!