76ers Dancer Gets Incredible Surprise Of A Lifetime During The Game

As any family member or friend of a military soldier will tell you, it’s a daily struggle to navigate through life while your close loved one is deployed overseas.

But the loneliness and depression only multiplies during the holiday season. Separated by thousands of miles, the Philadelphia 76ers took it upon themselves to make these military men and their families feel at home. The team took the time to create a video of local loved ones currently serving in Kuwait as part of their annualStars and Stripes military appreciation night.

As part of the celebration, a group of soldiers from the 978 CSC sent in video messages of love to family members back home, which were played at the basketball game. 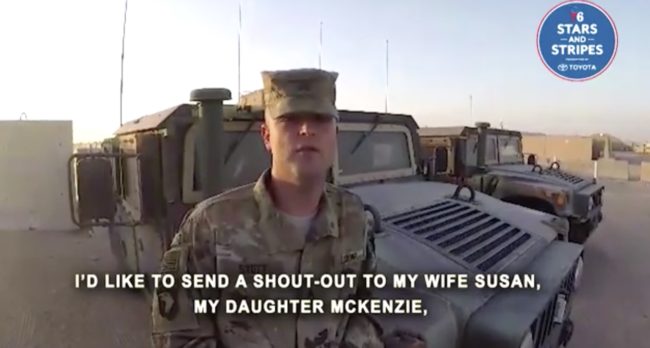 One special highlight from the video was when Sergeant Elliott Burgos gave a special shoutout to his girlfriend, Angela, who was in the middle of her rookie season as a 76ers dancer. 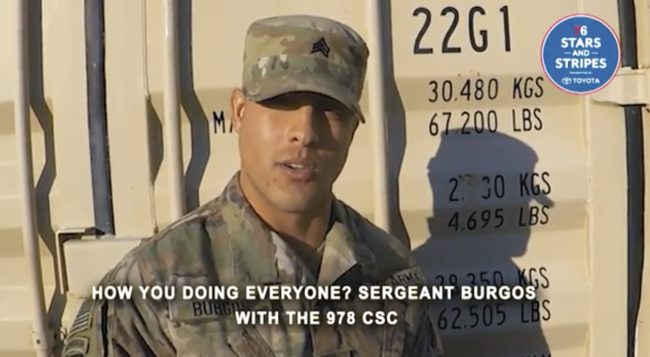 In the middle of his shoutout, the team’s mascot, Franklin the Dog, reached into the frame and whisked the serviceman away. 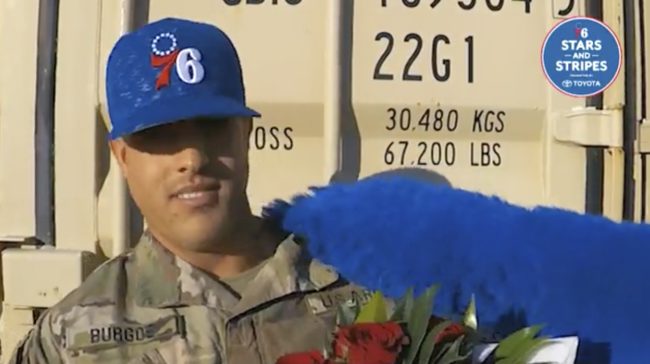 Moments later, Angela was caught completely off guard when Burgos walked onto the court for a reunion 11 months in the making. 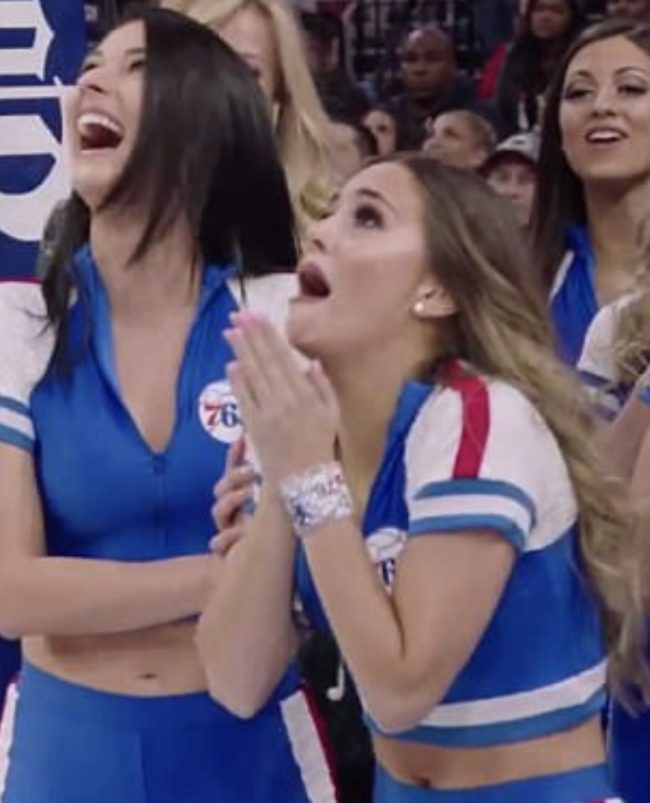 With more than 20,000 people watching from the crowd, Angela and Burgos ran into each other’s arms and shared a much-deserved hug.

And if this homecoming surprise wasn’t enough, the 76ers went on to defeat the Detriot Pistons with a score of 108-103. Way to make Sixers Nation proud!