It’s been said that life’s a beach, and if that’s the case then life wouldn’t be complete without one of these humongous beach balls in it.

If you’ve ever felt like your life could use a bit more light-hearted humor in it, you should probably go check out the review section of any product sold on Amazon. Complete with horrible personal anecdotes about product errors and other mishaps, you’re guaranteed to find at least a laugh or two. But perhaps one of the funniest Amazon reviews centers around a giant 12-foot inflatable beach ball and one not-so-happy customer.

I’m not exactly sure why you’d want a 12-foot tall beach ball, but according to the reviews on Amazon people are willing to dish out nearly $100 for the inflatable plaything. 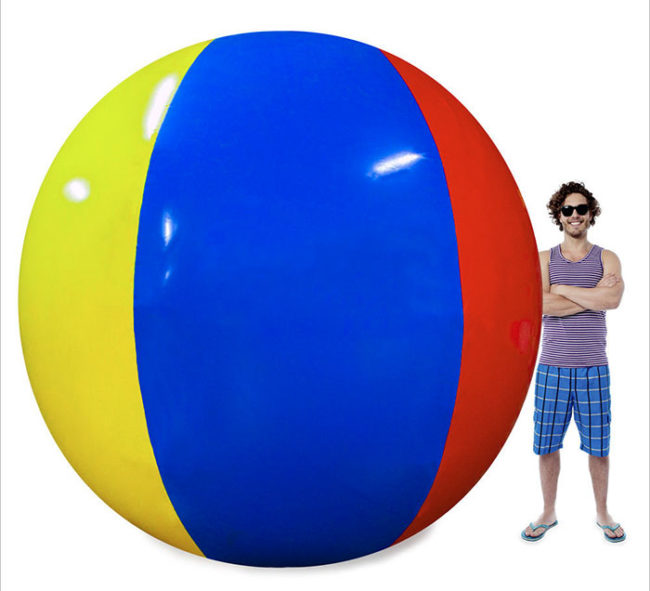 But not everyone is satisfied with their beachy purchases. Frequent reviewer Reid Hamlin gave the giant beach ball a two-star rating, and his epic short story is quick to detail why. 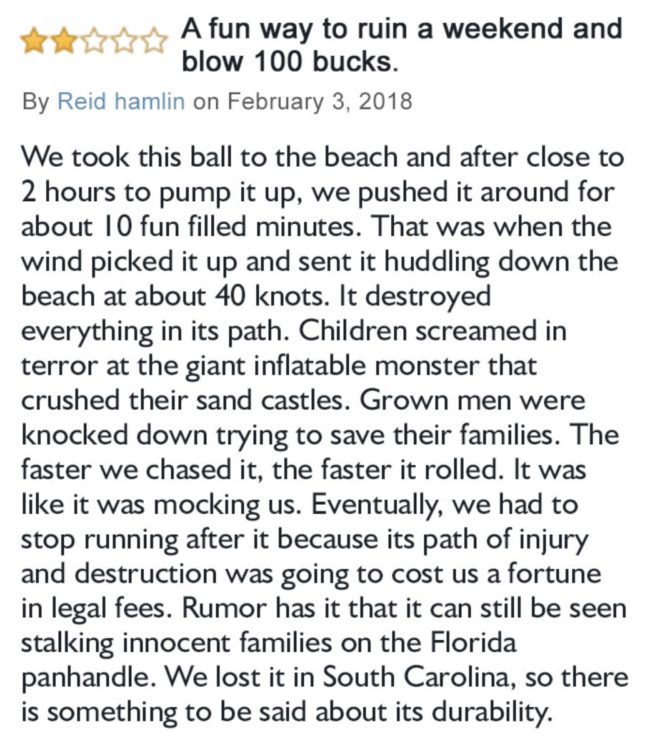 “We took this ball to the beach and after close to 2 hours to pump it up, we pushed it around for about 10 fun-filled minutes. That was when the wind picked it up and sent it huddling down the beach at about 40 knots. It destroyed everything in its path. Children screamed in terror at the giant inflatable monster that crushed their sand castles. Grown men were knocked down trying to save their families. The faster we chased it, the faster it rolled. It was like it was mocking us. Eventually, we had to stop running after it because its path of injury and destruction was going to cost us a fortune in legal fees. Rumor has it that it can still be seen stalking innocent families on the Florida panhandle. We lost it in South Carolina, so there is something to be said about its durability.”

People quickly fell in love with the reviewer’s hilarious anecdote.

Some thought that the terrible review sold the product better than the retailer ever could.

Others, of course, had different experiences.

One particularly witty commenter even used Skee-Lo lyrics to describe the ups and downs of owning a giant inflatable ball. 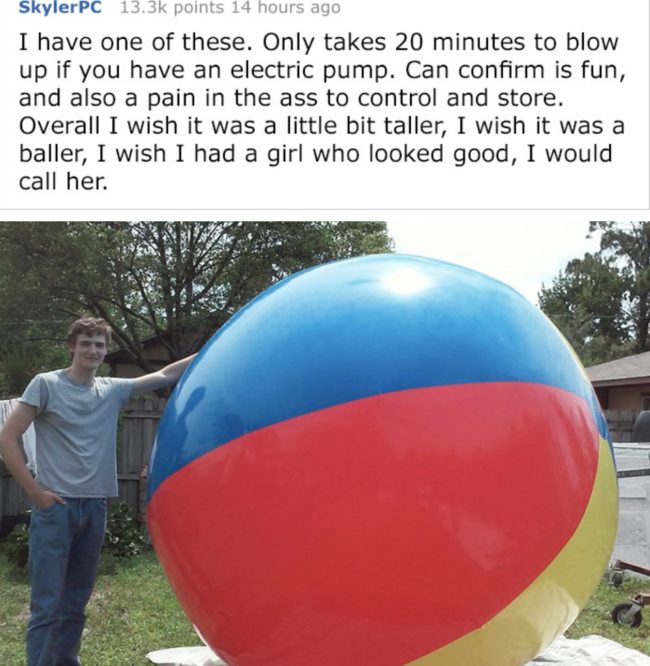 Suddenly my own online shopping habits don’t seem so abnormal. I don’t know about you, but I’m going to start spending a lot more time reading customer reviews than I ever have before.