Every year, millions of people brave the crowds (especially on Black Friday) in search of the perfect Christmas presents for their loved ones.

While we all have different ideas of what the ideal gift is, if we’re going by what people vote for with their wallets, there are a number of products that really hit the nail on the head when it comes to the Yuletide season. Get ready to take a walk down memory lane and relive your childhood as we take a look at 20 of the most popular Christmas gifts of all time.

1. Rebooting one of Nintendo’s most iconic gaming systems, it’s really no surprise that the NES Classic was a crazy popular gift in 2016. It was so sought-after, in fact, that Nintendo discontinued it, explaining, “we don’t have unlimited resources.” 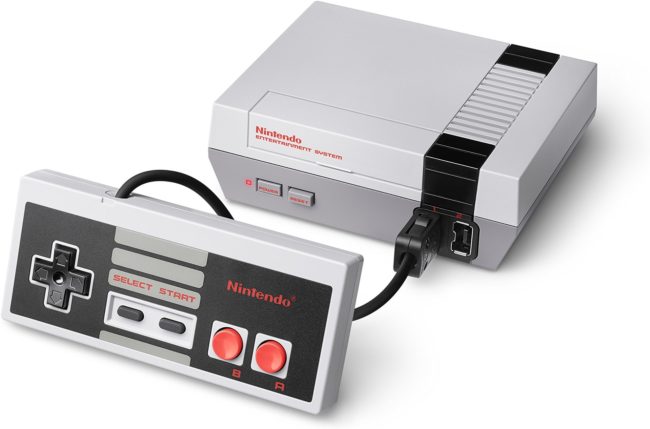 2. 2012: the Wii U, which was the first eighth-generation video game console and the first Nintendo console to support HD graphics. It also came with a GamePad controller, allowing users to play games without a TV display.

3. 2010: the Apple iPad, which made history as a new kind of portable device and the first successful tablet on the market. Before the launch of the iPad 2, Apple sold more than 15 million first-generation iPads. 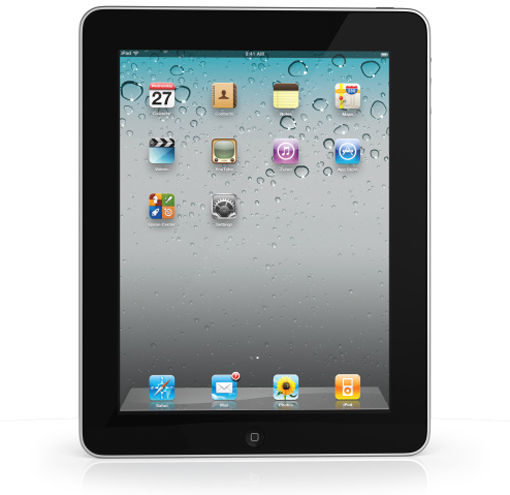 4. 2007: the iPod Touch. It was the first iPod ever to have a touchscreen and enable users to access the internet, not to mention all the apps! 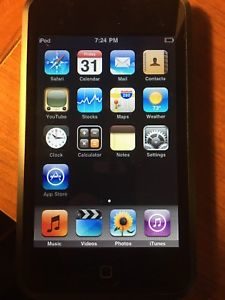 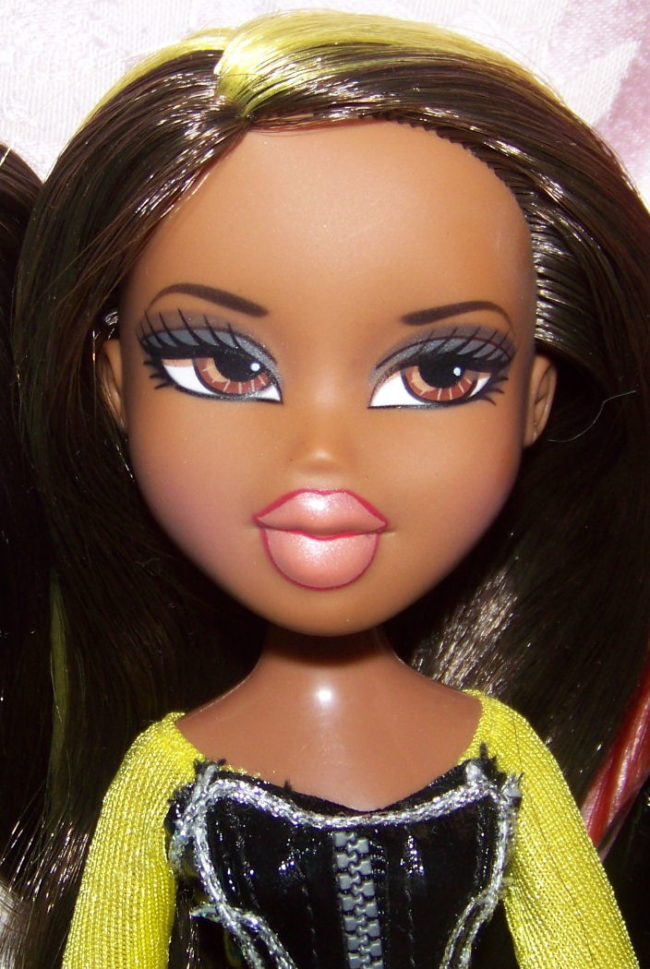 6. 2000: Razor scooters. If you’re drowning in nostalgia at the sight of this baby, you definitely aren’t alone. All the “cool” kids had to get their hands on a Razor scooter back then. In fact, over five million of these were sold in just the first six months after they were launched. 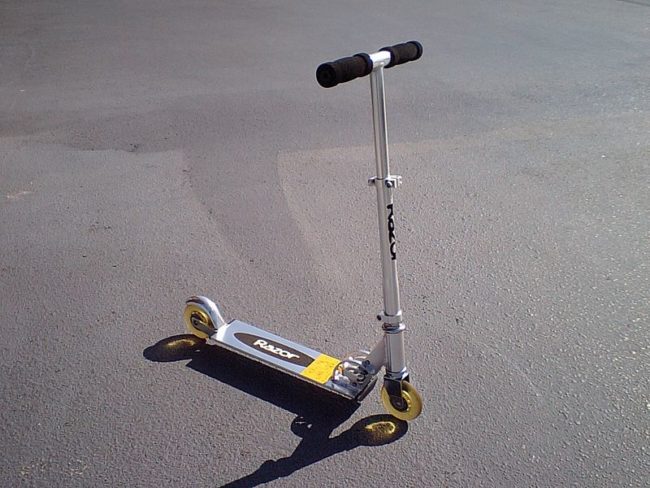 7. 1999: Pokemon. Whether it was the Japanese cartoon, the card game, or the Nintendo Game Boy game, children (and adults) went and still go crazy over anything to do with the overwhelmingly popular franchise. 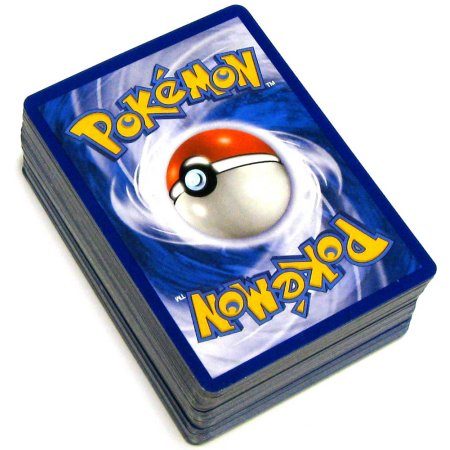 8. 1998: Furby, the electronic, animal-like robot that can blink and even learn English words. After launching the toy during the holiday season,Tiger Electronics sold 1.8 million Furbies in that year alone. 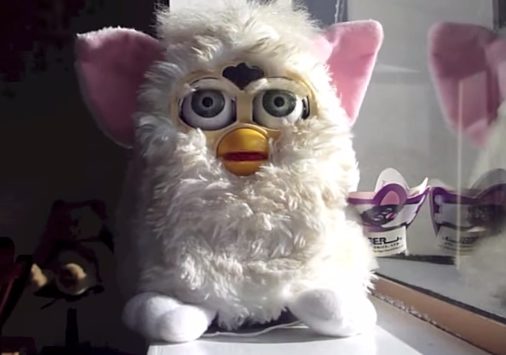 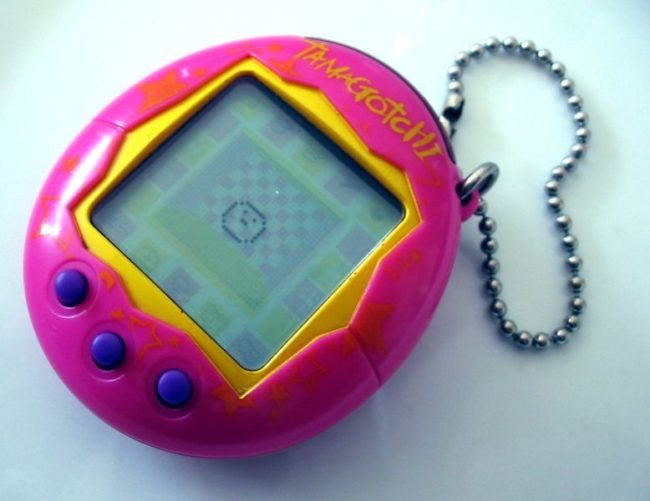 10. 1996: Tickle Me Elmo, the wildly popular (if not somewhat creepy) plush toy from Tyco Toys that shakes and busts a gut when squeezed. The doll was in such high demand that there are documented cases of people getting arrested for fighting over it. 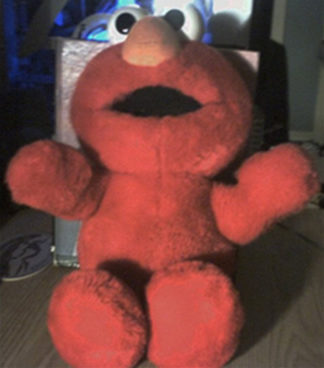 11. 1995: Beanie Babies, the little animals stuffed with plastic pellets and made byTy Warner Inc. Loved by collectors and kids alike, they flew off the shelves of toy stores just before the end of the 20th century. 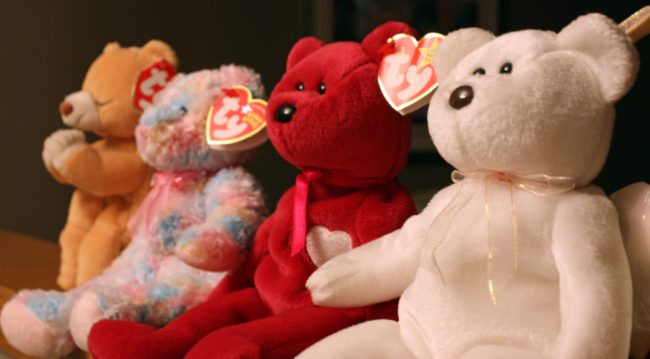 12. 1991: POGs, or cardboard bottle caps from the Passion fruit-Orange-Guava brand. These were used to play a popular game among children, in which they were put into stacks and slammed with metal bottle caps.

13. 1989: the Game Boy, Nintendo’s first handheld game console that provided hours of portable entertainment. Chances are you have fond memories of playing on one of these as a kid. 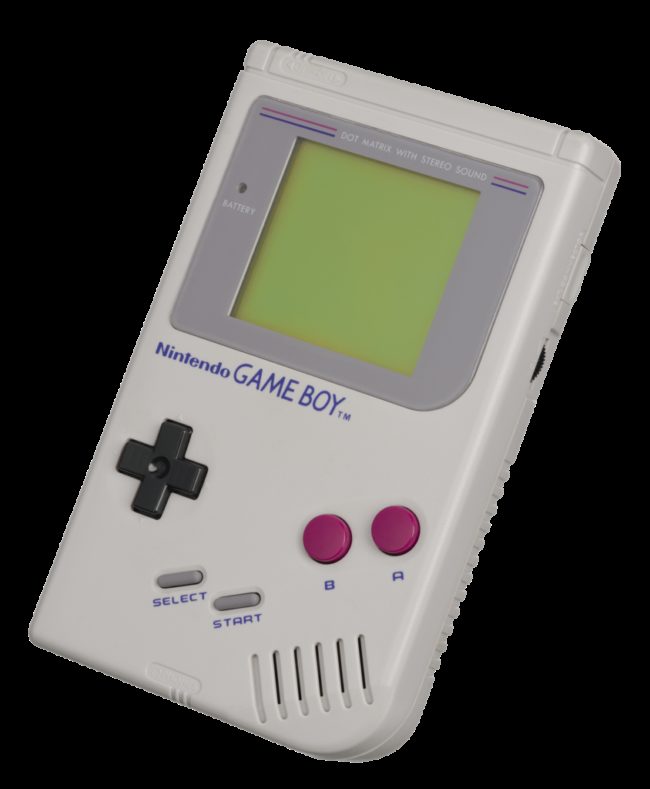 14. 1983: Cabbage Patch Kids, the soft-bodied dolls created by Xavier Roberts and originally called “Little People”. They became so popular that they inspired the “Cabbage Patch Riots,” a series of violent customer outbursts at several U.S. retail stores that year. 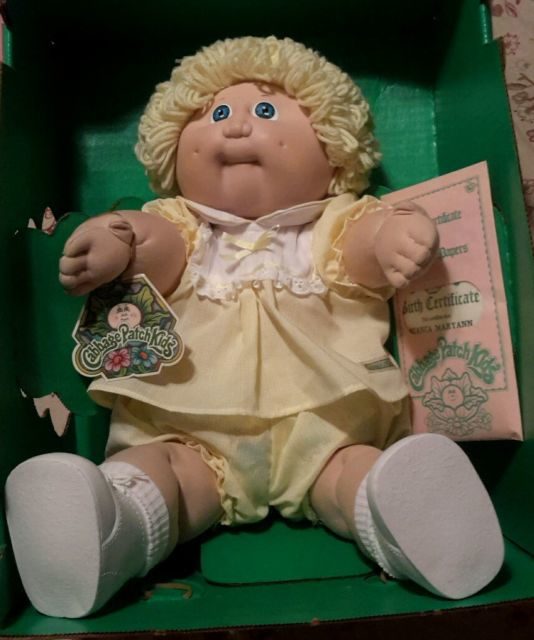 15. 1980: Rubik’s Cube, the 3-D combination puzzleinvented in 1974 by Hungarian sculptor and professor of architecture Ernő Rubik. It’s considered to be the world’s best-selling toy, puzzling (pun intended) millions of people in the years since its release. 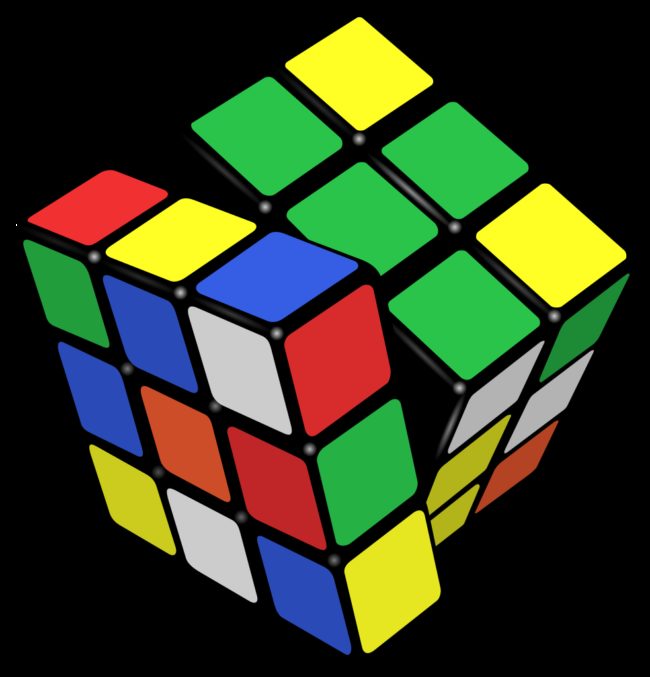 16. 1978: Hungry Hungry Hippos, the game produced by Hasbro that pitted players against each other in a race to see whose hippo could eat the most marbles. 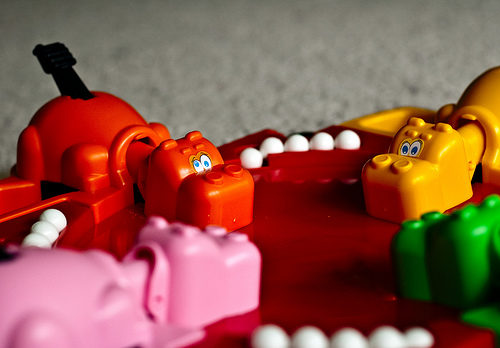 1975: the Pet Rock. These came packaged in cardboard boxes with straw and breathing holes as if they were live pets. The appeal was that, well, you didn’t really need to do anything for them, making them the “perfect” pets. 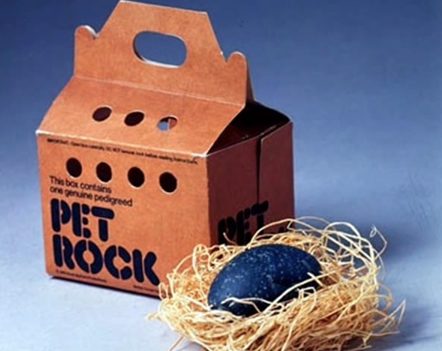 17. 1959: the one and only Barbara Millicent Roberts, created by Ruth Handler. Becoming Mattel’s largest and most profitable line, over a billion Barbie dolls have been sold. 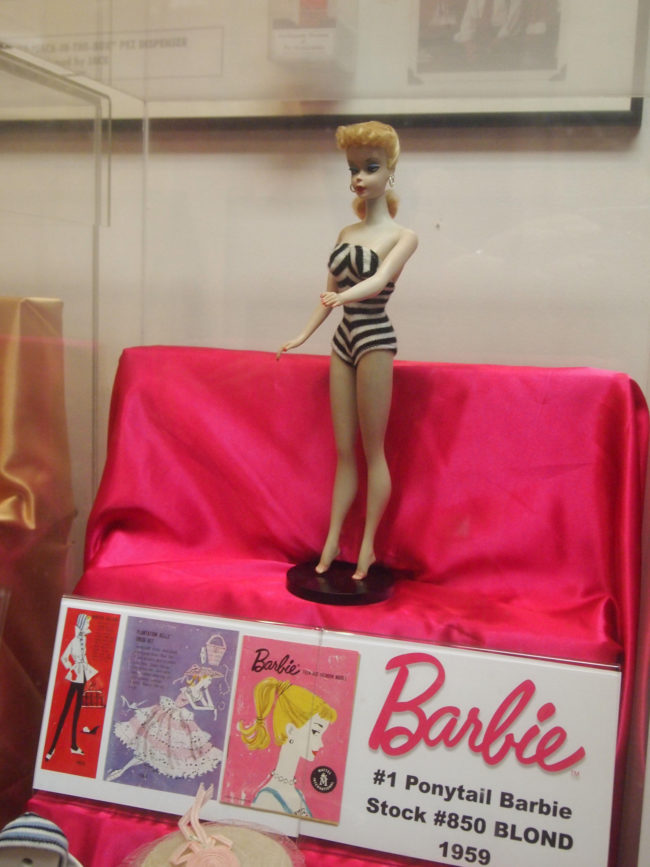 18. 1952: Mr. Potato Head, the first toy to be advertised on television. Invented and developed by George Lerner, over one million kits for the customizable toy were sold in its first year. 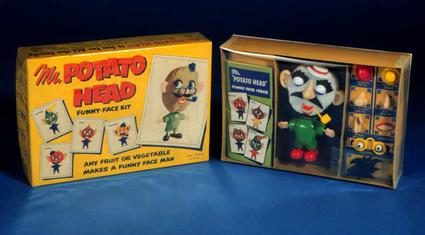 19. 1943: The Slinky, a spring toy invented by Richard James that can do all kinds of tricks, one of the most notable being “walking” itself down a set of stairs. 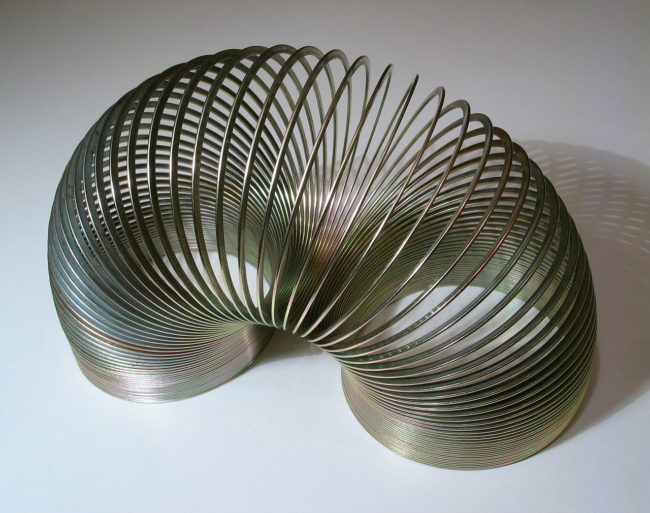 20. 1936: Monopoly, the real-estate board game centered around buying and trading properties, with players aiming to force their opponents into bankruptcy. Don’t lie, you’ve thrown the board across the room at least once during a fit of mid-game rage. 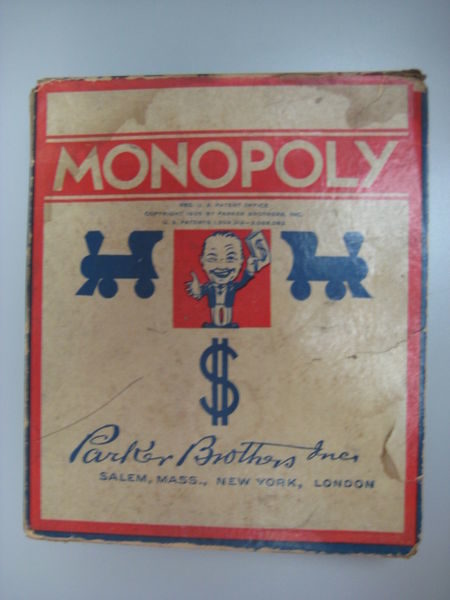 It’s really no surprise that most of these products are still super profitable. Which of have you gotten for Christmas? Be sure to share with us in the comments.