She Boarded A Boat With Her Family — Days Later, She Was Found Adrift At Sea

In 1961, 11-year-old Terry Jo Duperrault was found floating in the Northwest Providence Channel in the Bahamas.

She was all by herself atop a cork float, where she had been for the last four days without food or water.After she was pulled aboard the Greek freighter Captain Theo and flown by helicopter to a hospital, she told the horrifying story of waking up on a sailboat to find that her whole family was dead.

Terri Jo’s father, Dr. Arthur Duperrault, always wanted to take his family sailing, so on November 8, 1961, he, his wife Jean, and their three children, 14-year-old Brian, seven-year-old Renee, and Terry Jo started a trip from Fort Lauderdale to the Bahamas. 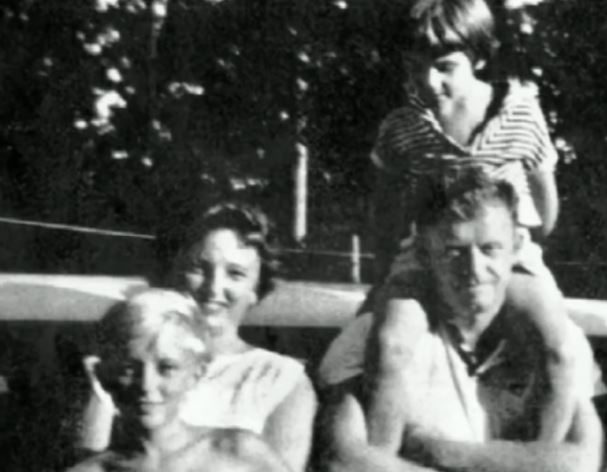 Read More: These Men Entered The Rainforest To Convert A Native Tribe, But They Never Came Out

They sailed on the Bluebelle, a two-masted sailboat, and brought on Julian Harvey, a decorated World War II and Korean War pilot to captain the ship.His wife, Dene, also came along. 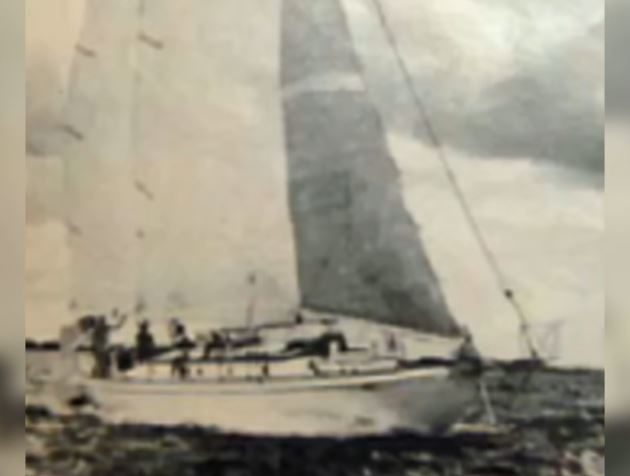 The Duperraults were having an amazing vacation full of snorkeling and collecting shells, but the return trip to the U.S. ended in almost all of their deaths.One night, Terry Jo woke up below deck to hear her brother yelling, “Help, Daddy! Help!”When everything went silent, she got out of bed and came across the bodies of her mother and brother lying in a pool of blood. 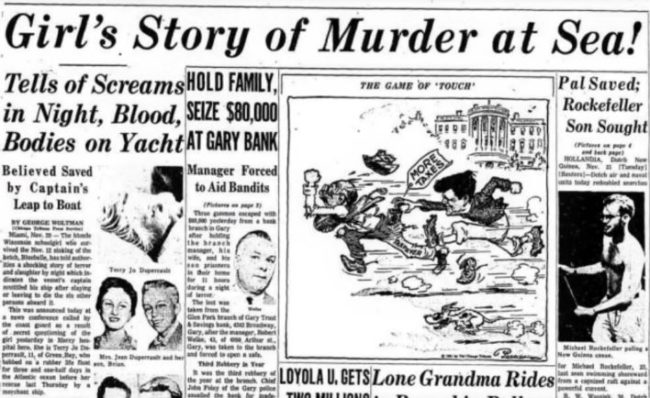 As she climbed on deck, Harvey appeared and yelled at her to get back down.That’s when she noticed the cabin was filling with water and ran back outside, where Harvey told her the ship was sinking.

She barely had enough time to process what was going on when Harvey jumped overboard and left in a dinghy.Terry Jo was able to untie and get into a cork life float just as the ship sank.She drifted for four long days before crossing paths with the rescue ship.

Three days before Terry Jo was found, Harvey was picked up in the dinghy with Renee’s body.He told United States Coast Guard investigators that he’d escaped after the sailboat had been damaged and caught fire, and that he’d tried unsuccessfully to save Renee when he found her floating in the water.

When Terry Jo was finally rescued, she was at the brink of death.After being flown to a hospital in Miami, she recounted her story, which disproved Harvey’s account.He had killed his wife andTerry Jo’s whole family, then purposely sank the boat. 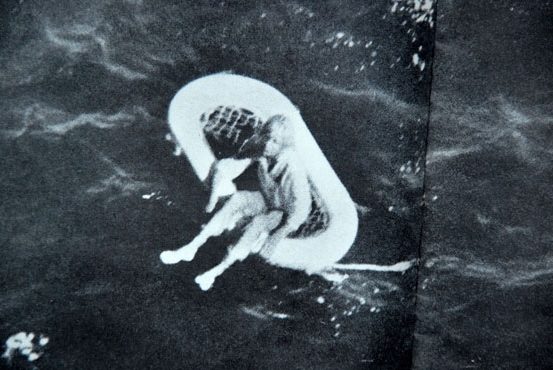 When Harvey heard that Terry Jo was alive, he checked into a hotel and killed himself with a razor.It is believed that he was trying to collect money from his wife’s life insurance, and that Dr. Duperrault may have witnessed the murder.As it turns out, Harvey had five previous wives, one of whom had died when his personal yacht sank. 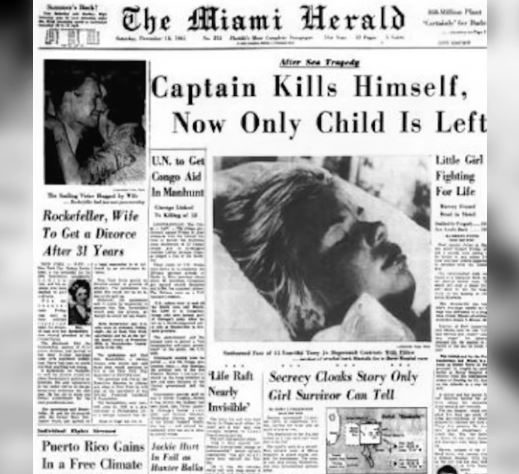 Read More: Her Children’s Deaths Appeared To Be Coincidences, But Many Believe Otherwise

It isn’t known why he didn’t kill Terry Jo, though some have speculated that he may have wanted to get caught and punished, or he simply got caught up in escaping.One thing’s for sure, though — his actions took a little girl’s family away from her.Share this horrific slice of history with the crime buffs in your life.