They say breakfast is the most important meal of the day, but what one woman found inside her fresh blueberries is enough to make anyone lose their appetite.

Though at times their pricing may be a bit outrageous, it’s no surprise that a balanced diet wouldn’t be complete without at least half a dozen of fruits and vegetables a day. And while most of our fruits come prepackaged and “ready to eat,” having spent the last six years working part-time as a produce associate at a local grocery store, I can tell you first hand that even those prepackaged items can still fail in terms of freshness and quality. As bsegovia discovered, you just never know what could be hiding in your food, until you check it thoroughly.

While enjoying an early morning bowl of blueberries for breakfast, bsegovia stopped and took notice of one berry in particular that looked a bit different than the rest. 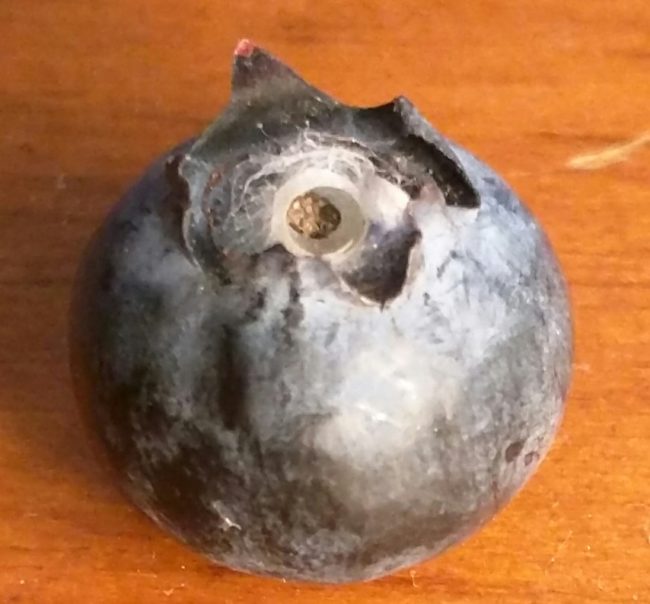 She extracted the blueberry in question from the pile in her hand and began to closely examine it. It was in that moment that she noticed something white and fuzzy protruding from a broken opening on the berry. 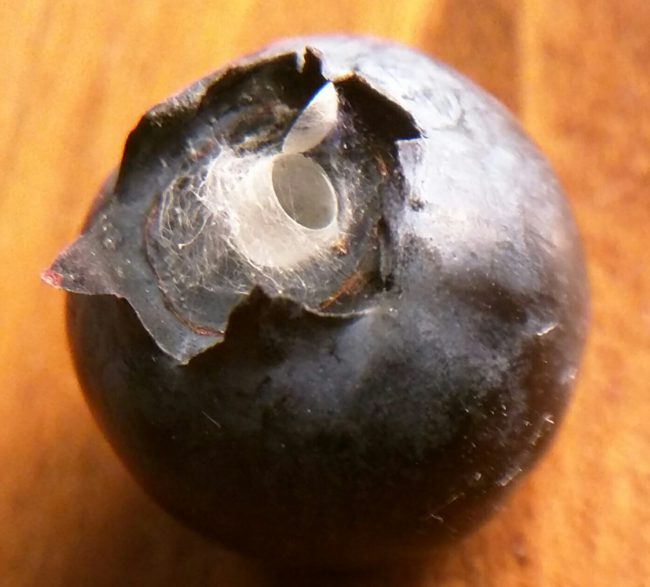 After examining the berry from every possible angle, she still couldn’t determine what exactly was stuffed inside it. All the berries had come from the same crate, and since none of the berries possessed similar traces, it was highly unlikely that the fuzziness was mold. 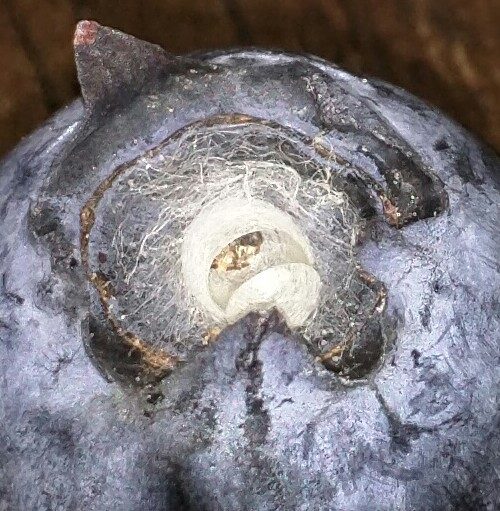 The substance in question almost resembled the look and texture of tiny thread, however, having purchased the berries at a local farmer’s market, she knew they were properly handled and were pesticide-free. 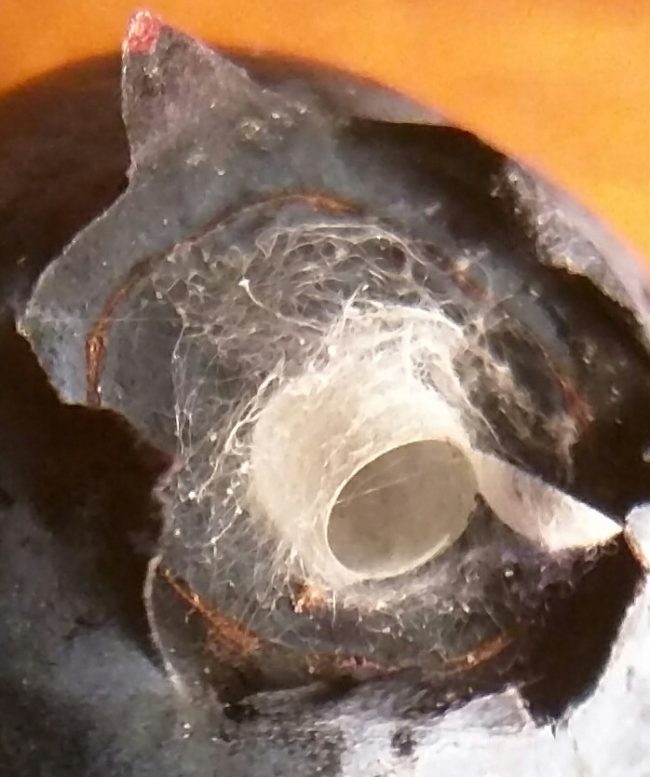 While peering into the tiny, cotton-like opening, the woman realized what was inside, as a tiny spider emerged from his makeshift dwelling. Gross! 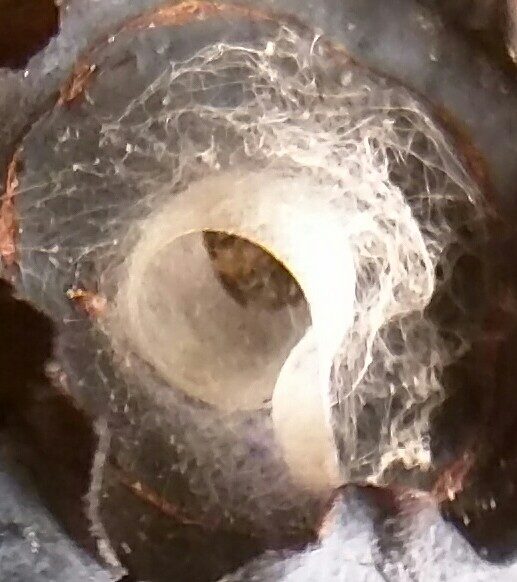 I don’t mess with spiders on a regular basis, so I can only imagine my reaction if I had found one inside my food. Let this be a lesson to always double check your food before taking a bite. You never know what could be lurking inside.