Breastfeeding is a beautiful and natural way for mothers to nourish their babies. That said, most moms are obviously aware that people who aren’t their children don’t want to try their breast milk.

One mom, however, doesn’t think she did anything wrong when making brownies for a bake sale at her child’s school, since she decided that breast milk would make a perfectly fine ingredient. As expected, other parents definitely didn’t agree.

When another mom found out that she’d made the brownies with breast milk, she got understandably upset. 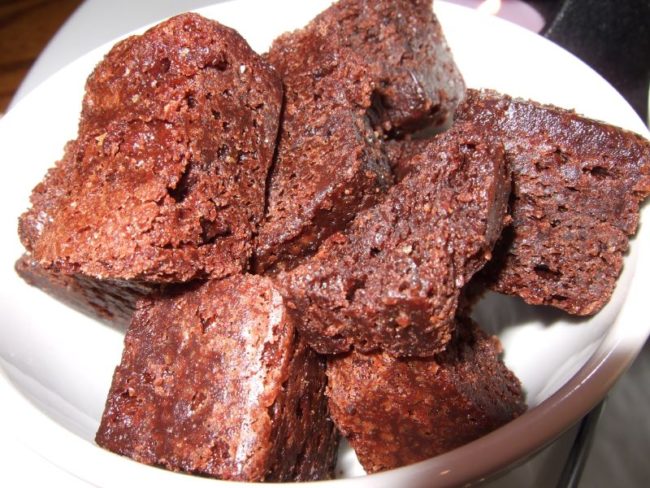 In response, the woman tried to justify what she did in an online post, claiming that it wasn’t a big deal and that children who went to the school “could use the nutrition let’s be honest.” 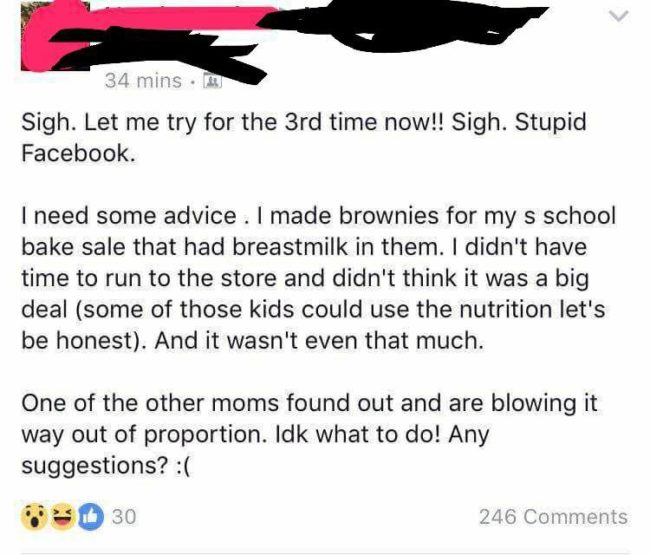 …while others weren’t amused at all.

How do you feel about what this mom did? Do you agree with her that it isn’t a big deal, or is it inappropriate and gross? Be sure to let us know your thoughts below.