Here Are 30 Gorgeous Bridges That Are Making The World A Little More Magical.

There’s something magical about bridges. They’re often incredible feats of engineering and design. They’re meant to connect people and places that would otherwise have to exist separately. Crossing a bridge is a singular experience. You’re neither here nor there, but hanging in the middle. You could be suspended over a river, hang in a valley, or climb a huge mountain.

Society also ties a lot of symbolism to bridges. They make us think about transition, connection, legends, and journeys.

Here are 30 of our favorites, found all over the world. Some of them are small, some are huge. Some are pinnacles of cutting-edge engineering technology. Some are ancient, but have stood the test of time. Some are deceptively simple, and some are incredibly intricate. Take a look! 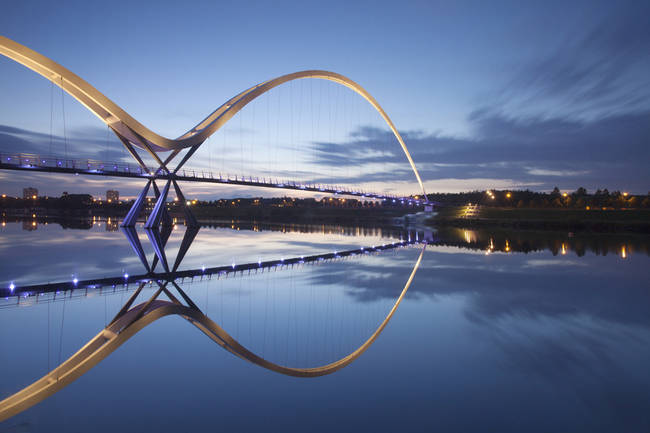 This pedestrian and cyclist bridge features asymmetrical arches. It won numerous awards for its design, engineering, and eco-consciousness. 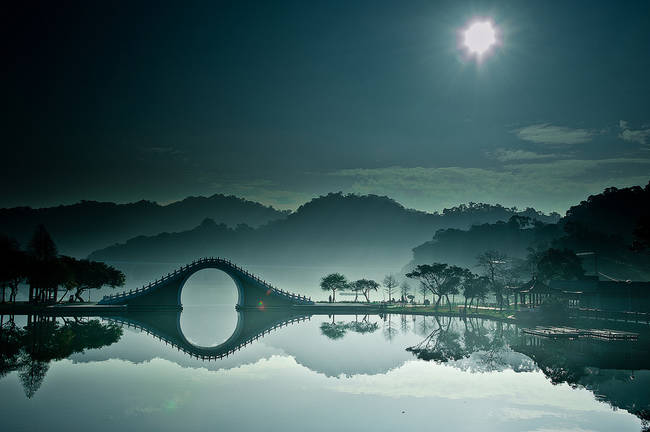 This bridge is perfectly paired with the still waters in DaHu (“Big Lake”) Park in Taipei. Even though the park is near to the city’s industrial complex, you’d never be able to tell from here. 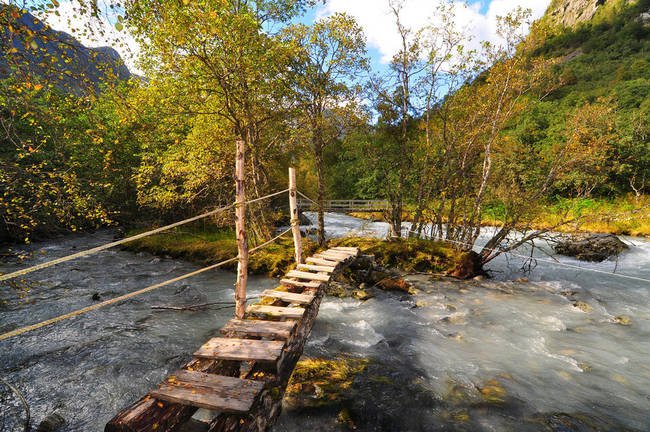 Tiny bridges like this can pop up anywhere if someone decides they need to get from point A to point B. They’re charming, to be sure, but be careful on them! 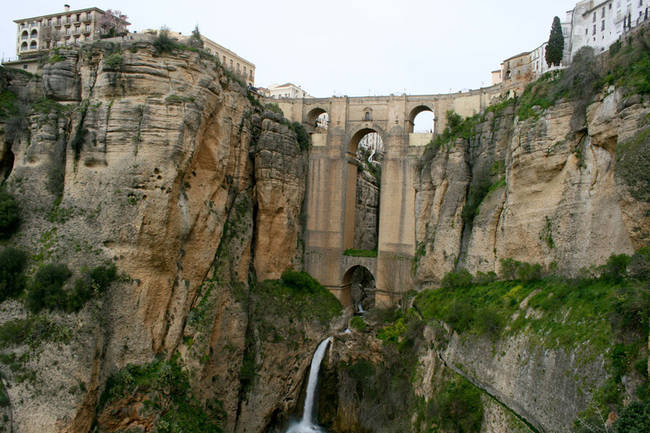 This huge bridge connects the two parts of the city of Ronda, and took 42 years to build, beginning in 1751. The chamber over the central arch was used for a variety of nefarious purposes, including as a prison and a torture chamber. 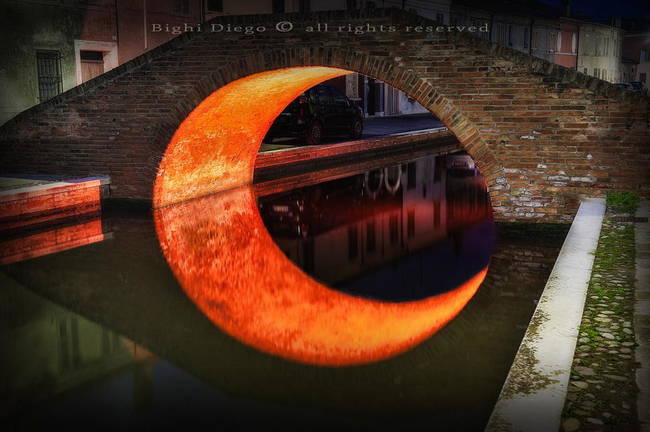 This take on the Moon Bridge features an illumination from underneath, creating a glowing crescent in the reflection. 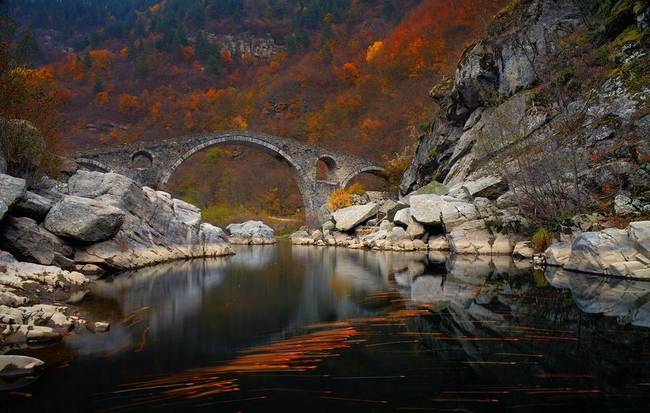 Another “Devil’s Bridge,” this Ottoman bridge was built in 1515. Today it can be seen from one of the country’s hiking trails. It’s only 11 feet wide. 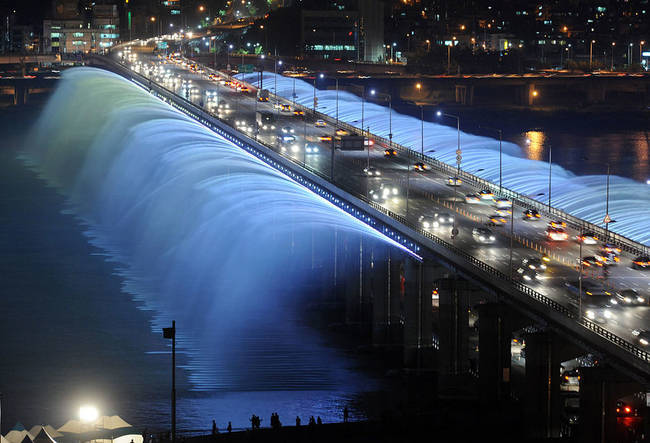 The Moonlight Rainbow Fountain is the world’s largest bridge fountain, and recycles water from the Han River. The water shoots out about 43 horizontal meters. 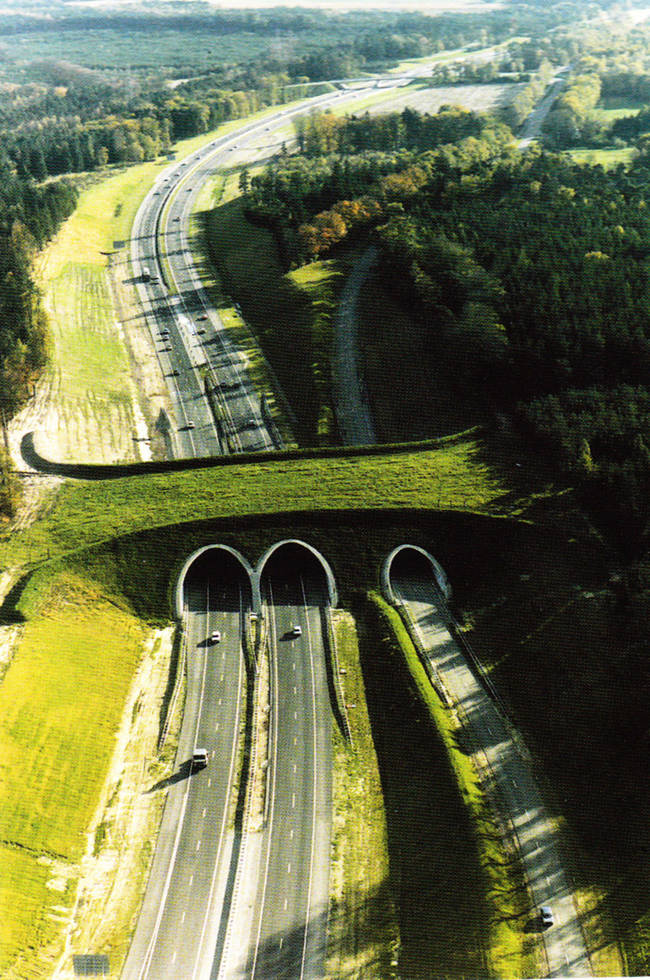 Animals need to get over things, too. Wildlife crossings are bridges just for animals, helping them navigate the world safe away perilous humans (and their cars). These bridges allow animals to get from one place to another without the danger of getting hit. 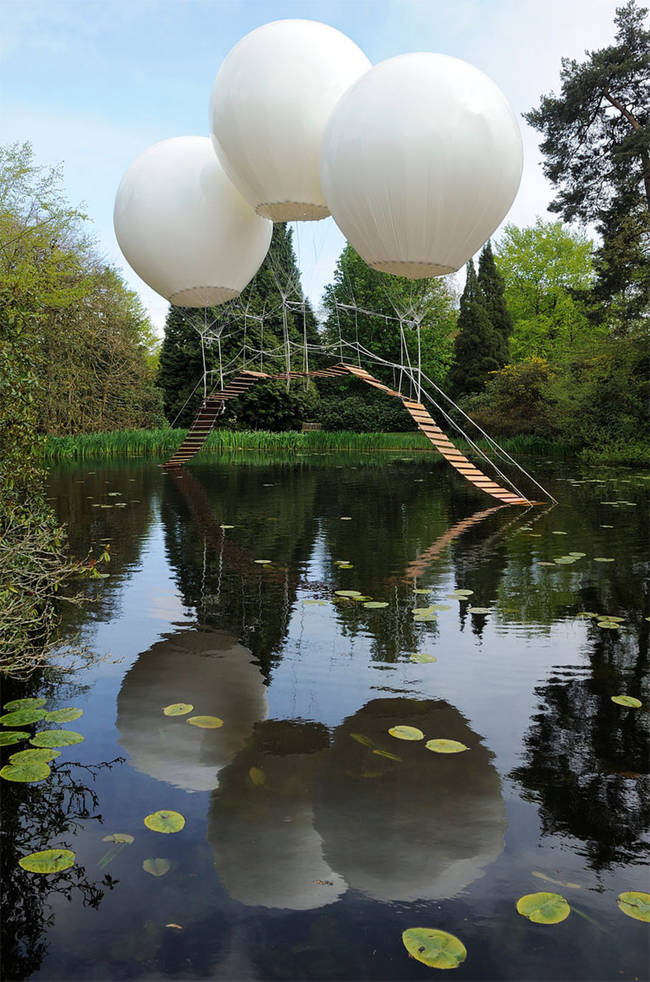 The name means “Monkey Bridge,” and this was created for a biennial celebration by French artist Olivier Grossetête (who translates to “big head”). The bridge is suspended by helium balloons here. It was “theoretically” strong enough to hold a person, but the park didn’t take the chance. 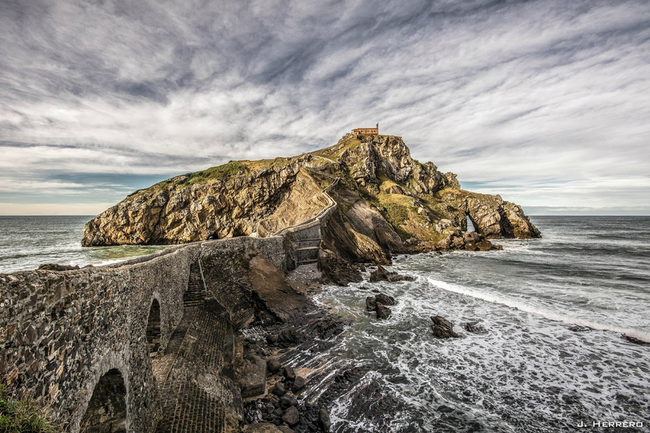 This islet is connected to the mainland by way of a spindly bridge. The tiny island features a 10th century hermitage for monks, and possibly the Knights Templar. 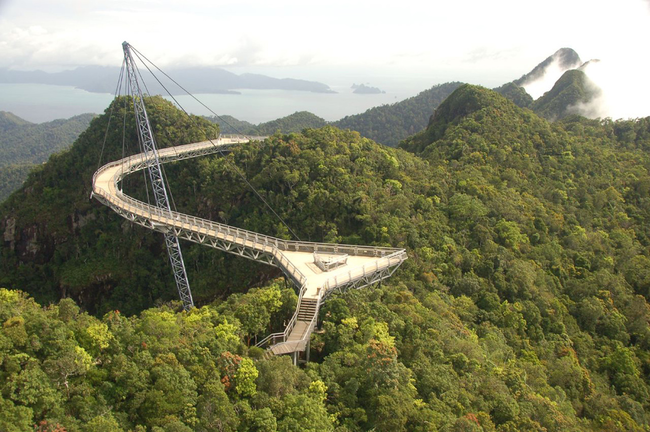 This striking pedestrian bridge is accessible only by cable car. It’s a crazy curve some 2,300 feet (700 meters) in the air, at the peak of Gunung Mat Chinchang mountain. It also makes for some great views.

Ancient bridges, left over from Roman building projects, can be found all over Europe, like this one in Southern France. 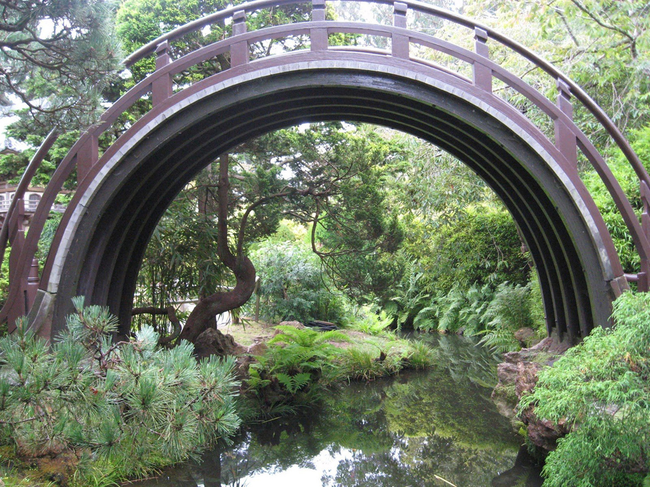 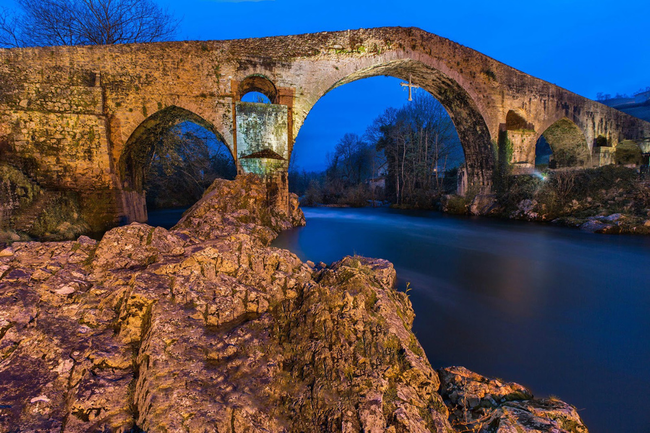 The so-called “Roman Bridge” has a history, just like the rest of the town, which dates to the early Middle Ages. 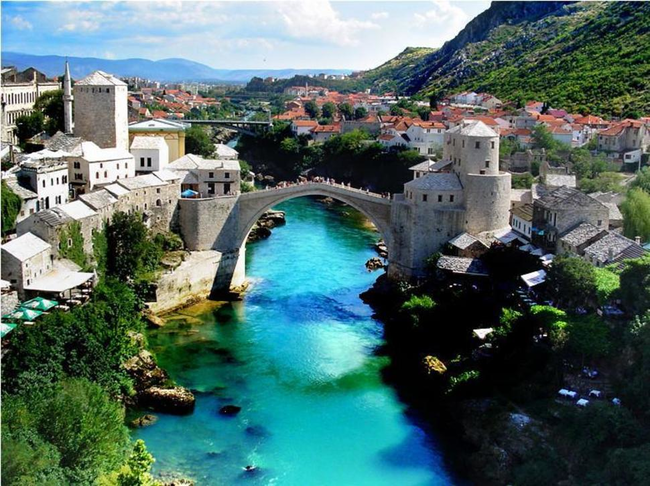 The Stari Most (“Old Bridge” in English), is actually a reconstruction. The original was a 16th-century Ottoman bridge. After standing for mover 400 years, it was sadly destroyed in 1993 during the Croat-Bosniak War. The reconstructed bridge was completed in 2004. 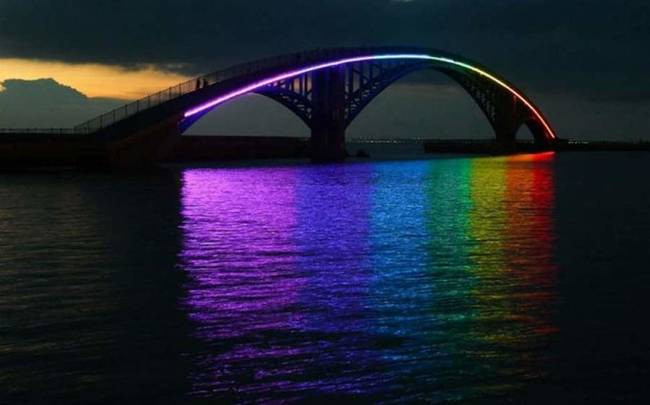 It’s a simple pedestrian bridge by day, but this bridge puts on a show at night. The rainbow lights illuminate not only the bridge, but reflect off the water below. 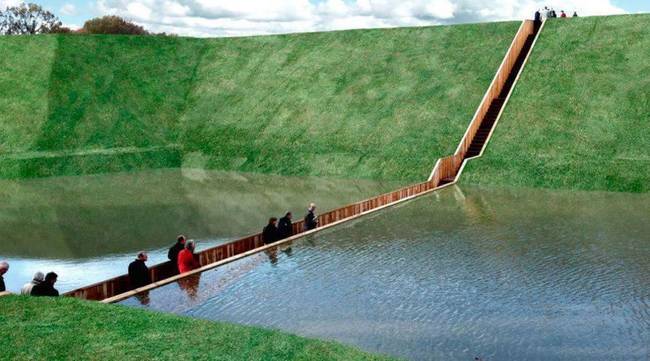 Nicknamed the “Moses Bridge” because the water has parted, this “bridge” was used to allow people to cross the Fort’s moat. Its creators opted for this barely-visible design so as not to disturb the historical site’s look. 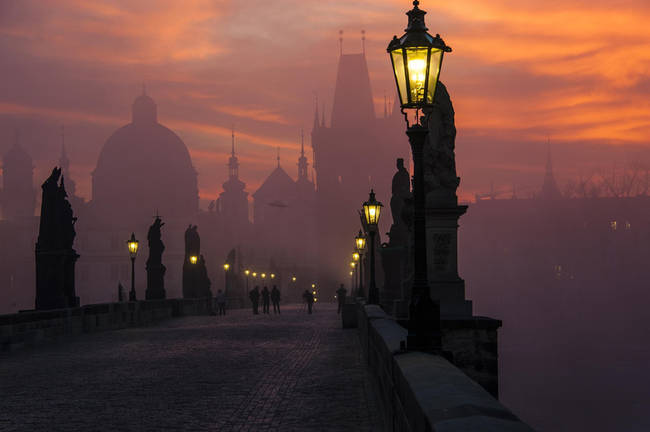 This is another bridge with so many iterations and historic events. Legend says that the first stone of the original structure was laid at 5:31am, July 9th, 1357, by King Charles IV. 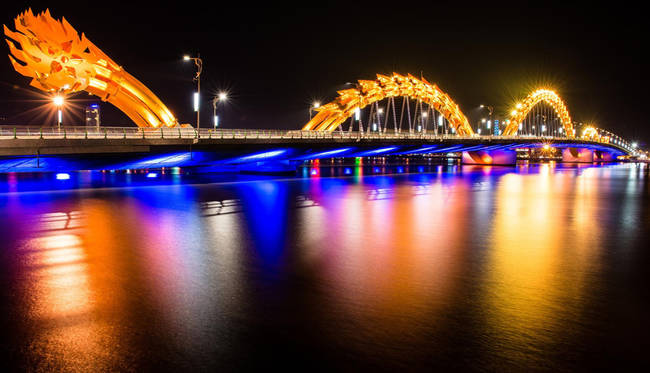 This dragon-shaped bridge was completed in 2009 and it spans the River Han. Each night at 9 pm, the dragon lights up and breathes decorative fire. 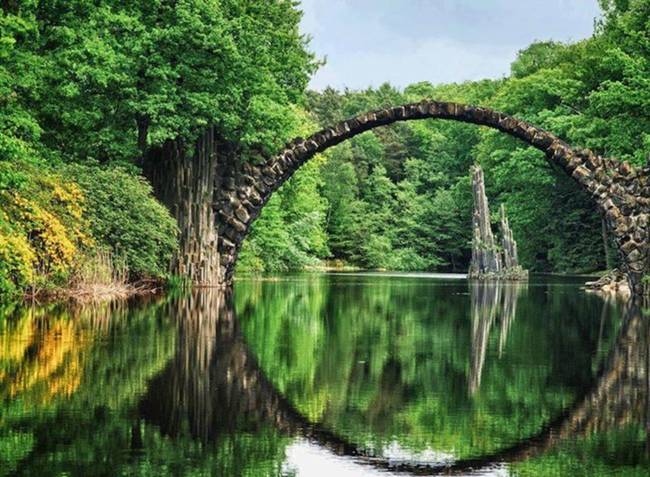 Though it looks ancient, this bridge, which creates a stunning circular reflection, was actually built in the 1860s. Bridges like this are also known as “Devil’s Bridges,” some of which date back to the Middle Ages. The ominous name comes from their narrow, scary-looking construction. This bridge is currently off-limits to climbers, but you can take all the photos you want. 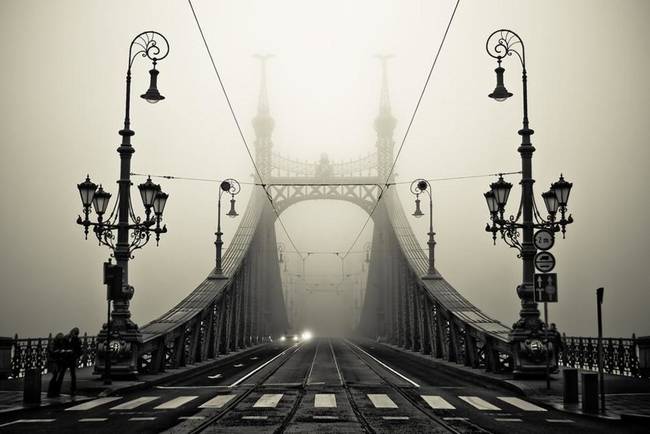 Budapest is actually composed of two sections, Buda and Pest, and this is the bridge that connects them across the River Danube. The four masts, barely visible here in the fog, are topped with the Turul, a falcon that features in Hungarian mythology. 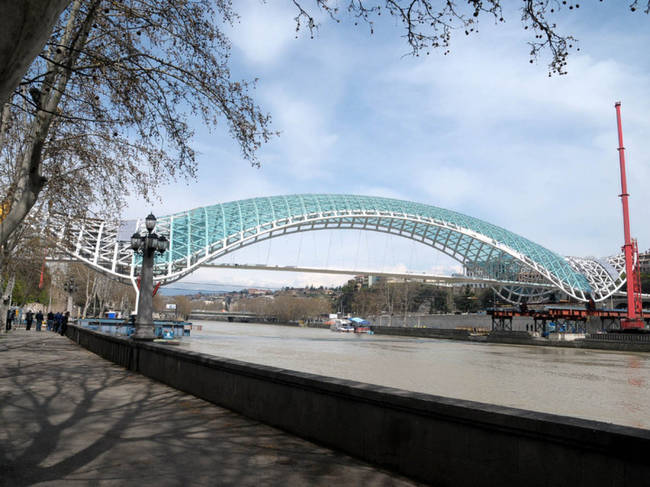 Spanning the Kura River in Georgia’s capital of Tbilisi, this bridge connects the city’s old and new districts. It also features motion-sensor lights for pedestrians. Its shape was supposed to evoke a marine animal, but it’s been nicknamed “Always Ultra” by the locals, who see the shape as more of a maxi-pad. 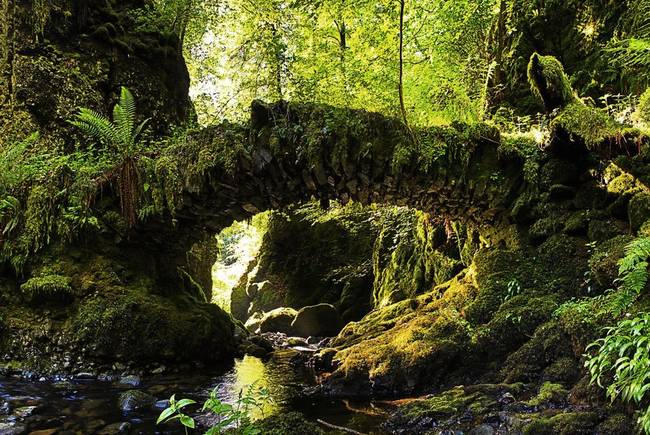 “Fairy bridges” like this are found in numerous places in Scotland. Like the tree root bridges of India, they are centuries old. Many of these bridges have legends surrounding them with regards to the mythical beings that live around them, or the other worlds that they can access. 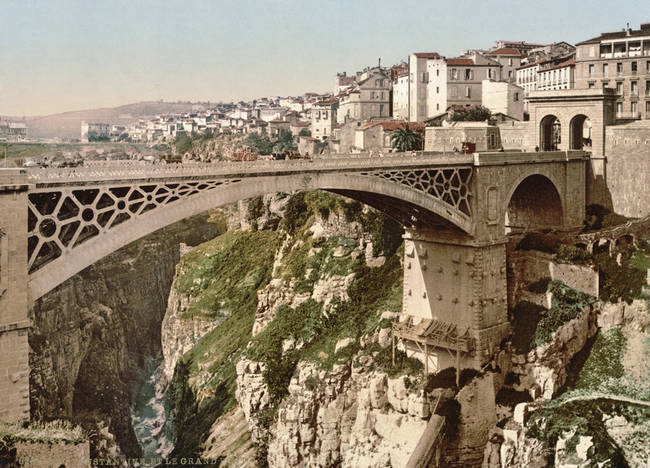 Constantine, Algeria, has the nickname “the city of bridges” for a reason: it’s full of them. This is just one of the many bridges that range from massive stone feats, to treacherously narrow plank bridges. This image dates from the late 19th century, but this bridge still stands, and there’s another, smaller one underneath it. 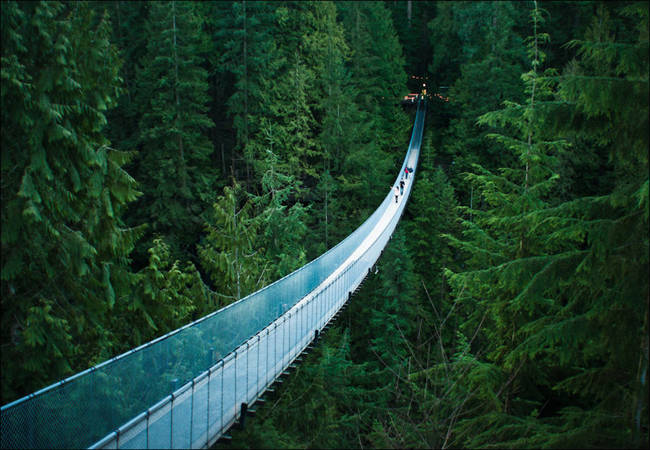 This simple walking suspension bridge hangs 230 feet (70 meters) over the Capilano River. It was rebuilt several times, but people have enjoyed all its incarnations since 1889. 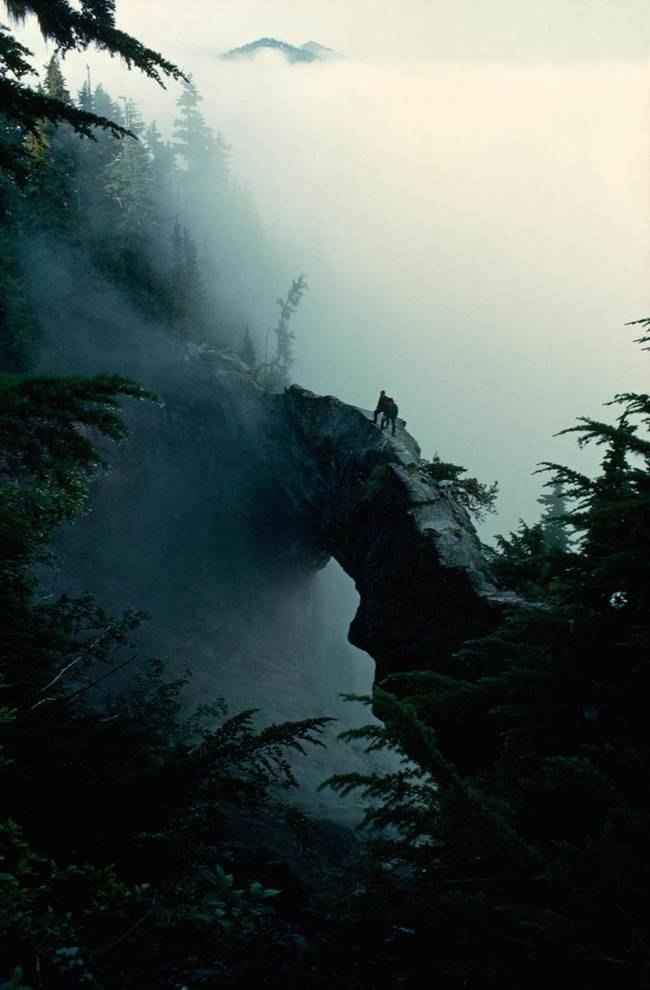 This is the only bridge on this list that wasn’t built by humans, but it’s certainly impressive, and is part of Mt. Rainier’s Northern Loop Trail.

This bridge is part of a rail trail in Iowa. The decorative structure on top was inspired by the view down a mineshaft, in honor of the miners who worked in the area. 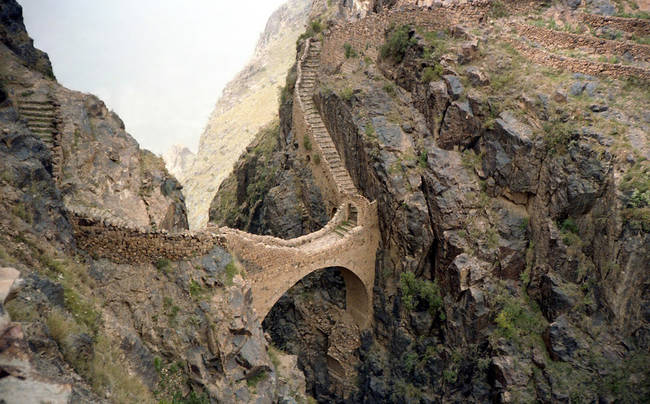 Built in the 1600s to connect the mountaintop towns, this bridge is still used by locals, but tourists are advised to seek help from a guide. 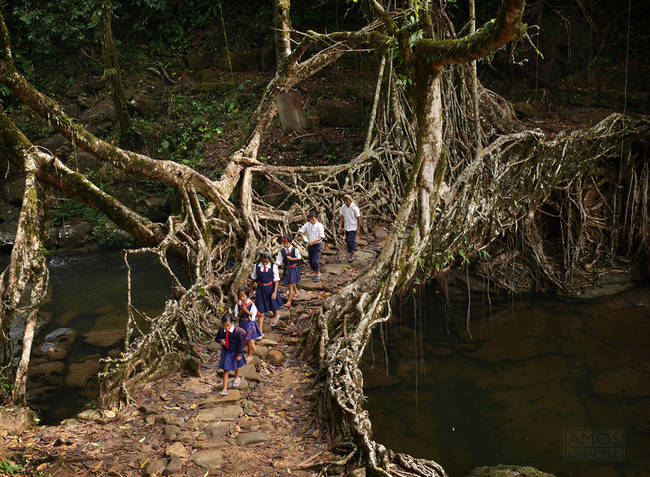 Root bridges are found in several places in India, and date back centuries. 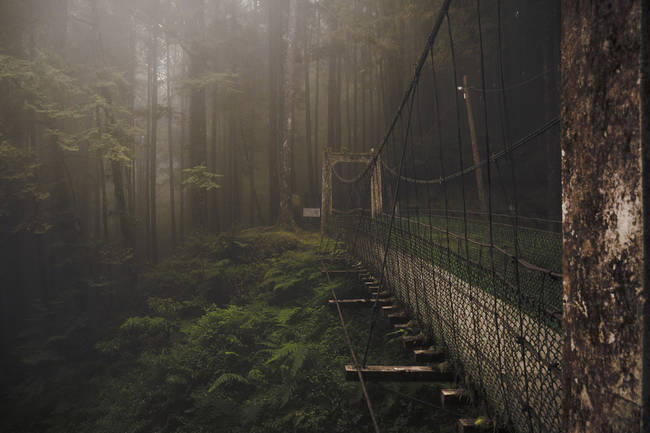 This pedestrian bridge is hidden in the mountains, and is part of nearly 80 other bridges used by trains to transport logging materials.

Imagine going on a long walk and coming across one of these. I would just want to stay on these bridges and not see the other sides.