Woman Returned Christmas Tree To Costco On January 4 Because Shockingly, It Was Dead

When Christmas comes to an end, there’s guaranteed to be at least some post-holiday depression happening in households all across the globe.

There’s nothing more spirit-reducing than having to remove those stockings by the fireplace that were hung with such care or having to remove the tree topper that took you more time than you’d like to admit to get into place. And for those of us still dedicated to the tradition of a living tree, it’s only a matter of time before our front lawns are decorated with the decaying corpses of our trees…unless of course, you’re like this very frugal woman who returned her Christmas tree for an obvious reason.

Customers at a Los Angeles Costco were in for quite the surprise when a woman tried to return her used Christmas tree for a refund because it was “dead.” The incident happened on January 4, more than a week after Christmas. 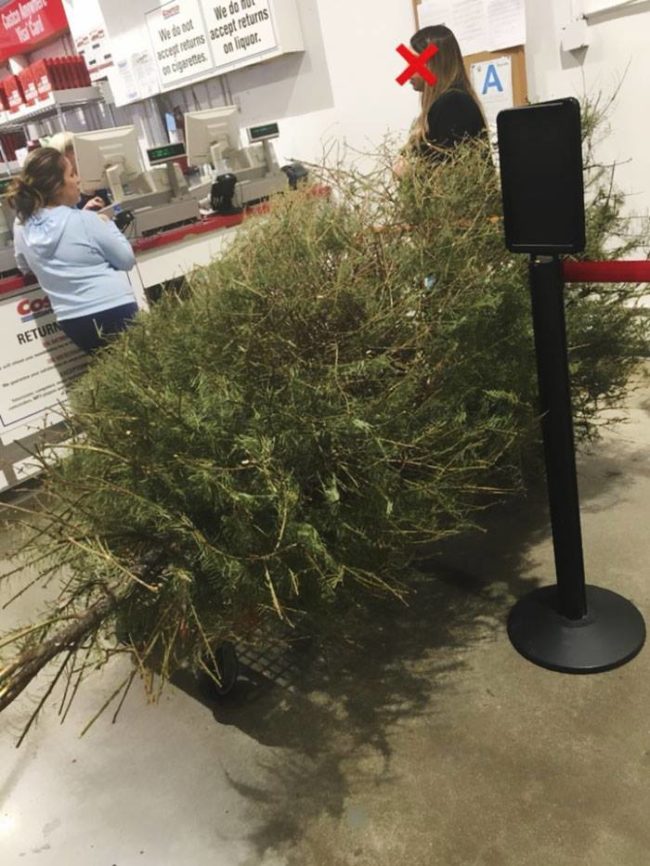 But as customer Scott Bentley detailed in his hilarious recount of the ordeal, Costco actually went ahead and gave the woman a refund for her dead tree. Employees did try to shame her for her return, but this independent woman stood her ground and ended up victorious. 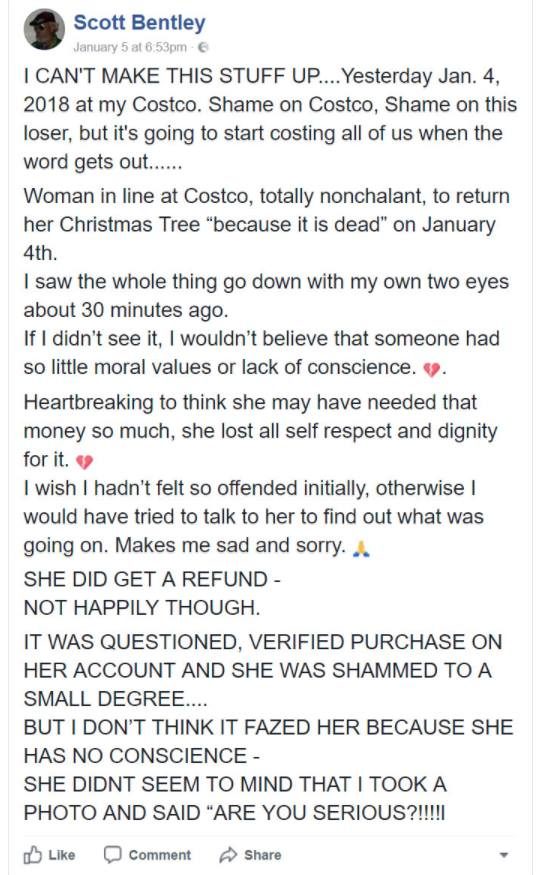 And no surprise, the Internet is having a field day with this one! Some people can’t get over how cheap the woman came off as being.

While others pondered if she pulled similar stunts for other holidays.

But a majority of people were left shaking their heads.

I’m sure we’ve all had at least one get-rich-quick plan at least cross our minds once or twice, but this just seems like an instance of someone trying to scam the system. I can sense a string of copycat shoppers following in her footsteps in the near future.