We all know that kids say the darndest things.

Usually, though, we expect them to say some pretty silly stuff. If you spend a day with a 1st grader, you’re bound to laugh, as elementary school Bret Turner knows all too well. To keep their minds working, he puts up a “Puzzle of the Week,” a light-hearted way to keep them sharp.

Turner got way more than he bargained for with his latest puzzle, though, and he took to Twitter to share his student’s surprisingly deep response.

The answer was simply the letter “e,” but this kid’s got a whole lot more on his mind. 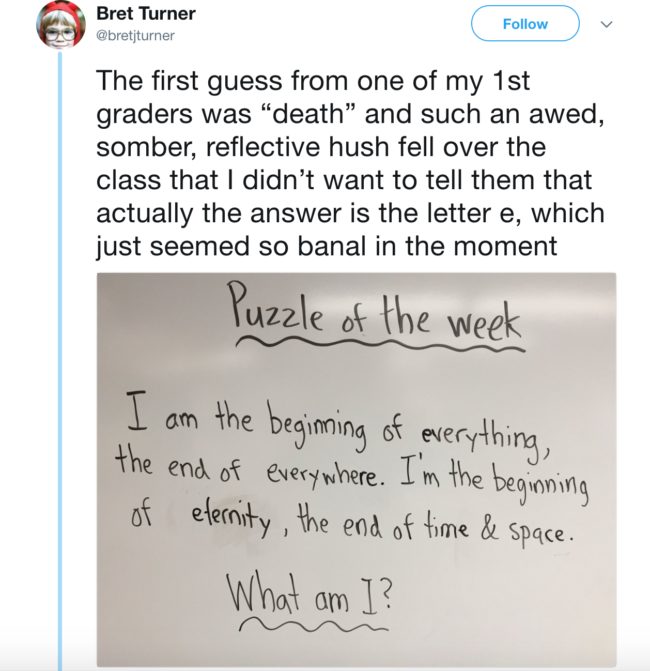 It seems like the other kids weren’t having his “simplistic” answers either.

It even occurred to Turner that they wouldn’t be impressed by their newfound anonymous fame because they know how to use the internet better than he does!

The replies were largely impressed with the kid’s spunk.

Some gave their own children’s dire answers…

… while others praised his teaching and willingness to roll with the punches.

It just goes to show that kids are often thinking about more important topics than a lot of us give them credit for. Do you have any crazy stories about something “grown up” you heard a child say? Sound off in the comments.