People Said Her Costume Was Racist, But Here’s The Real Problem With The Situation

Across the globe, racism is undeniably alive and well today. That’s why it’s so important for us to speak up when we see discrimination taking place, whether it’s happening in front of us or on the internet.

That said, some individuals take it way too far, getting offended by everything they perceive as racially insensitive. Whether their intentions are good or not, their cries of racial injustice water down legitimate issues that need to be examined and, ironically, create their own offensive implications.

Such was the case when “Riverdale” actress Lili Reinhart shared her idea for a Halloween costume on Twitter. Though the image clearly depicted a demon-like creature, she was accused of promoting blackface.

Blackface should never be a part of our costumes, Halloween or otherwise. But we should also acknowledge that covering your body in black paint to look like a demon does not equal blackface. Unfortunately, many who saw Reinhart’s tweet didn’t agree. 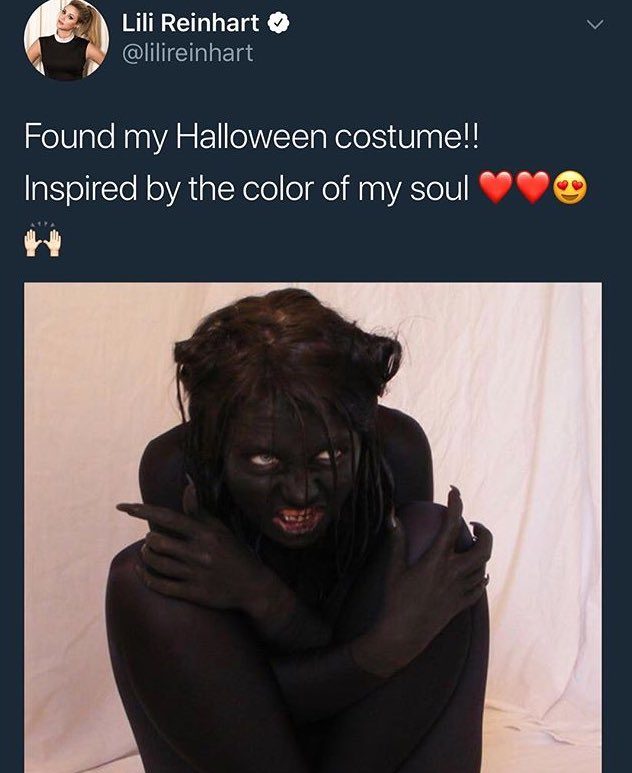 No part of Reinhart’s costume idea had anything to do with black people, but that didn’t stop her critics from calling her racist. 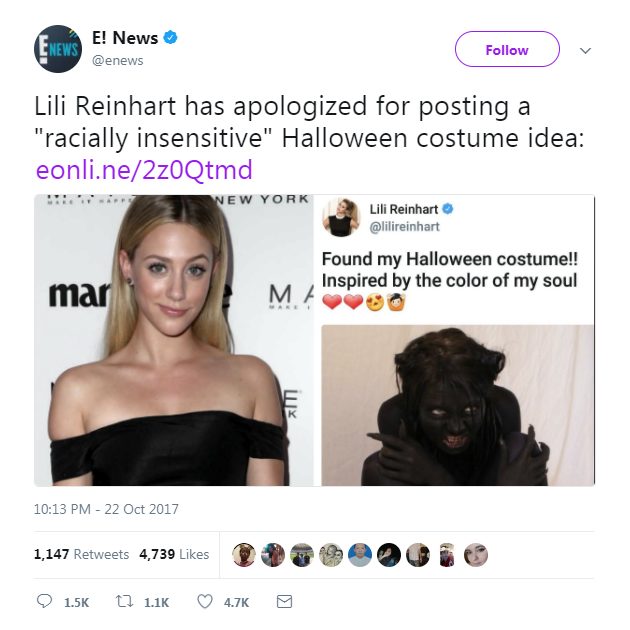 It didn’t take Reinhart long to delete the tweet and apologize for being “insensitive” by sharing the photo.

However, what her accusers didn’t stop to think about was that their comparisons were equating black people with demons. Like I said before, ironic. 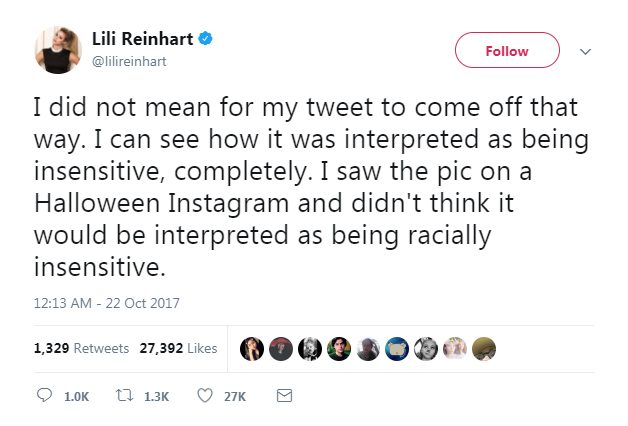 Many involved in the conversation say that’s what they found the most offensive about this entire fiasco, and that Reinhart has absolutely nothing to apologize for. 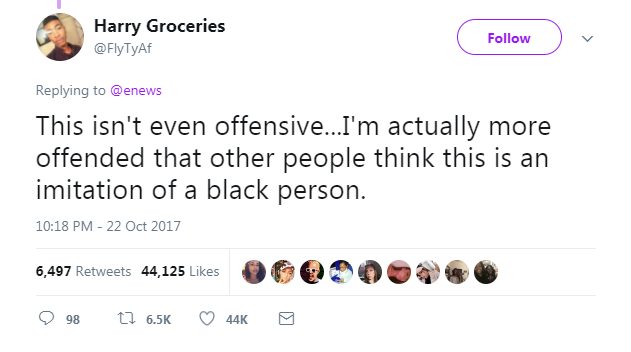 If you’re searching for a real example of cultural appropriation, look at people dressing up in Native American costumes or other stereotypes of various cultures for Halloween. 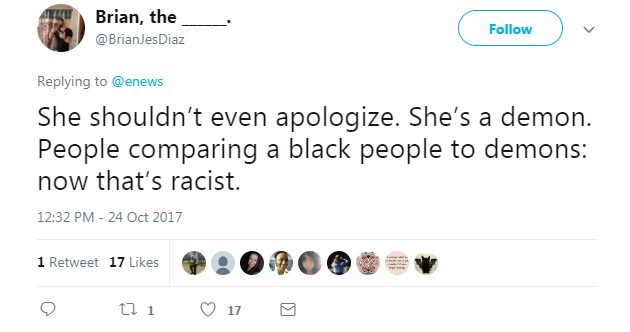 Black people shouldn’t be the first thing that pops into your mind when you see someone dressed up as a demon. 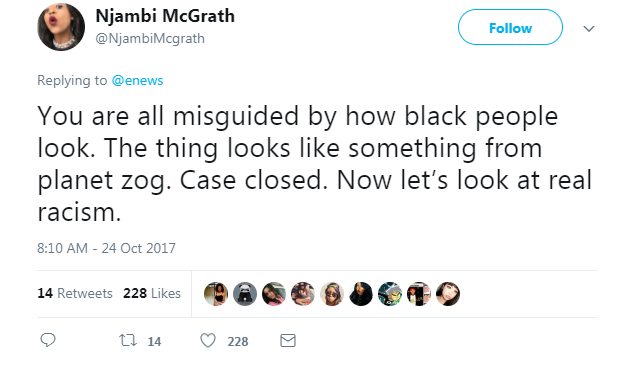 All together now, folks — seeing black people in the face of Halloween demons is a problem! I cannot believe I just had to say that. How do you feel about this whole situation? Be sure to share your thoughts with us in the comments.