Up until a few short days ago, the GOP had remained relatively silent about the details of the upcoming healthcare legislation that, according to the bill’s CBO score, puts millions of people at risk of losing their healthcare completely within the next 10 years.

As part of the fight for better healthcare, concerned citizens in San Francisco staged a “die-in” to protest the legislation. Dozens of people flocked to the San Francisco federal building and they could be seen lying outside in the middle of the road in peaceful protest. However, because nothing in life is sacred, one reckless moron put these innocent people’s lives in danger by doing something truly stupid to get through them.

At first many thought the man was confused and unaware of the protest. 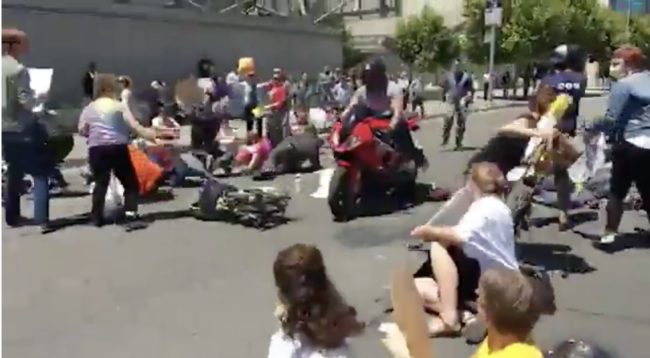 That said, protesters grew concerned when they heard the rider rev his engine. 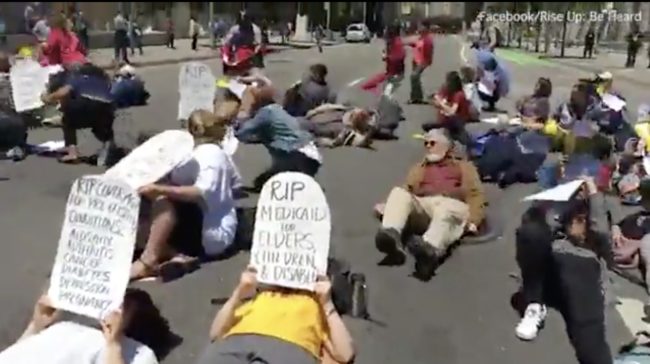 When he proceeded to barrel through the street, his true intentions became abundantly clear. 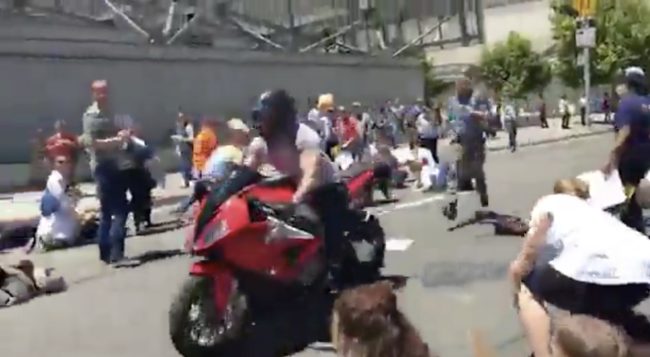 After coming to the end of the protest, he turned around in hopes of circling back through the crowd, but thankfully a police officer caught up to the dangerous heckler and put a stop to the madness.

The man was later arrested and held in custody, but no charges have been filed as no injuries were reported.

Regardless of your political stance on the issues, I think we can all agree that we should have the right to peacefully protest bills and movements we don’t believe in. What he did could’ve gotten people seriously hurt.