He Saw A Mark On His Dog And Got A Tattoo To Match. It Was A Huge Mistake.

Tattoos are becoming more and more accepted as more people in society choose to get inked.

What we all agree on is that being unable to consent to a tattoo is bad. People who are high, drunk, or too young are of course turned away from tattoo parlors. This idea of consent extends to animals. Tattoos are painful, and performing them on an unwilling and innocent pet is abhorrent. The exception to this is medical.

If you have a rescue animal, you may have noticed a small ‘tattooed’ mark on its stomach. Depending on the shape, this mark can have a few meanings, which one man found out the hard (and hilarious) way.

He was horrified that his dog had been given a tattoo “by previous owners,” so he got one to match. That’s when friends and family stepped in… 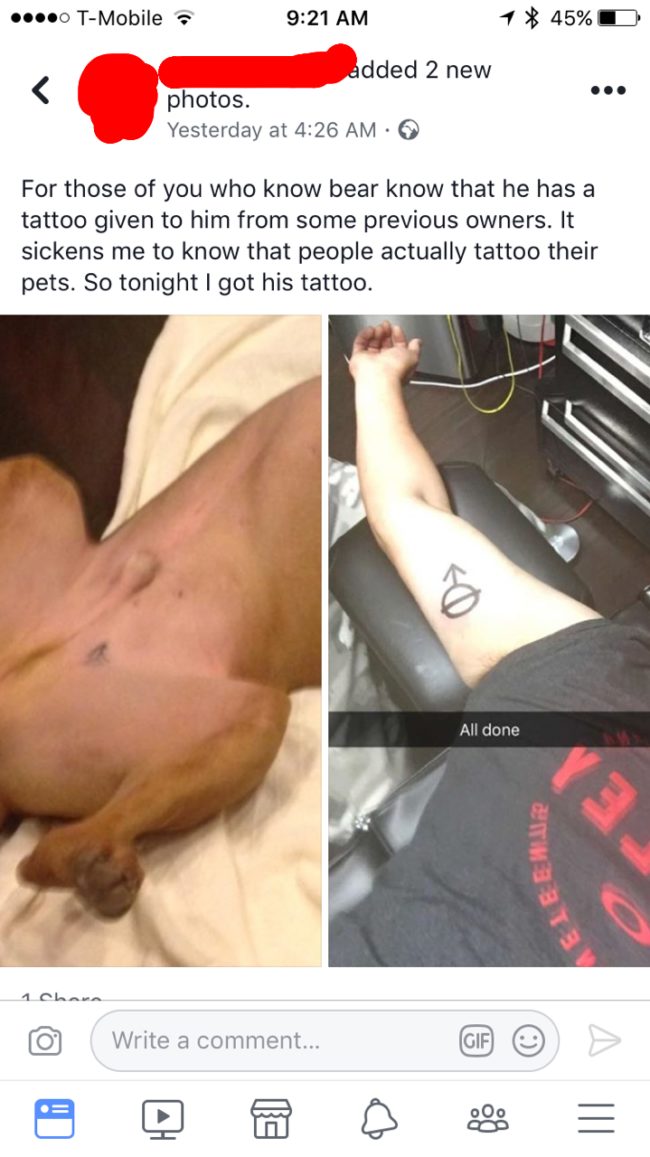 The symbol he just had inked on his body means neutered! Other marks can indicate spaying or Cesarian sections for female dogs. Whoops! 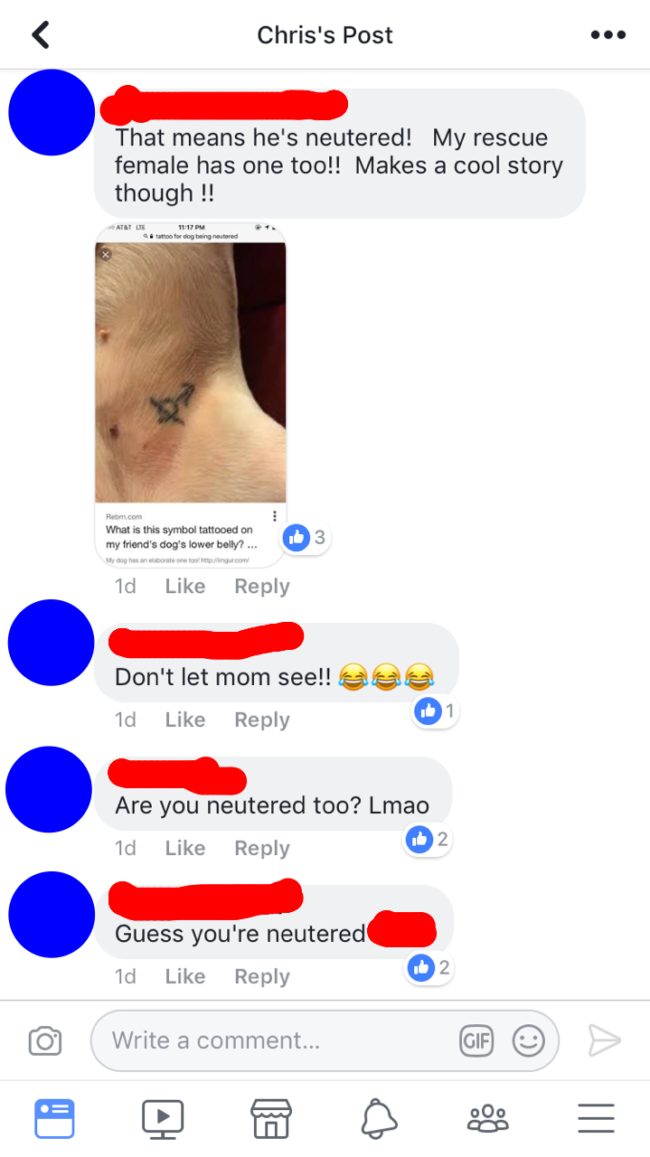 I can’t stop laughing. Here’s hoping he’s taking the whole thing in stride. At least it makes an amazing story!