While all of her friends were “blowing up group chats” in anticipation of rap star Drake’s upcoming visit to the University of Miami, Destiny James was busy getting ready to fulfill an important commitment she’d already made.

Drake was set to arrive at the school to shoot his latest music video on February 5. Unfortunately, that conflicted with the 20-year-old’s obligation as a scholarship recipient to record a video for potential donors. Thanks to her scholarship, the Denmark, South Carolina, native was able to attend the school as a public health major, and she felt it was her duty to help others benefit from the same opportunity she’s had.

On the big day, James arrived at the spot she was supposed to make the video. She saw a huge crowd of students who’d gathered for the singer. “I’m just going, awkwardly filming my video in front of all these kids who want to see Drake,” she said. Then, as she was recording, Drake himself came up to her and gave her some pretty incredible news. 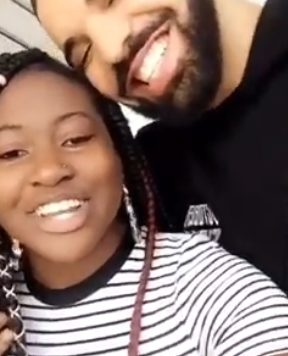 He explained that he wanted to take a different approach for his new music video and give back. He’d read her scholarship essay and decided to help her in a huge way. 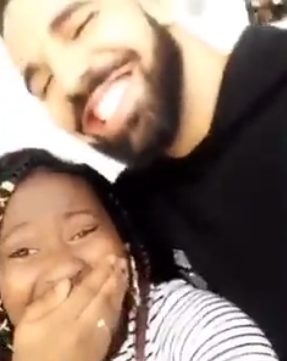 As it turns out, the whole thing had been a set up, which culminated in Drake giving James a $50,000 check to go toward her tuition!

After James graduates, she plans to pursue a Master’s degree and return to South Carolina — something that will be made so much easier with Drake’s generous gift.