Philadelphia Has Gone Nuts After The Eagles Win. He Has The Head Injury To Prove It.

On January 21, the Philadelphia Eagles creamed the Minnesota Vikings in a 38-7 victory. That night, the people of Philly appropriately freaked the hell out.

And honestly, it’s a little hard to blame them. Fans had excitedly pinned their hopes on the team that could make it to Super Bowl LII and maybe even come out victorious against the New England Patriots — and the Eagles absolutely crushed it, prompting a city-wide celebration.

Fans of all ages can’t wait to watch the Eagles compete in the National Football League championship game on February 4.

They’re so excited, in fact, that they flooded the streets of Philly, chanting, cheering, and marching for the win.

You could even say that some lost their minds, breaking the law without a care in the world.

There are no more laws in Philadelphiapic.twitter.com/DMpnNqRmei

Check out the massive size of the crowd below.

Workers had tried to grease light posts before the game in an attempt to stop fans from climbing them — but it didn’t exactly work, as evidenced by this photo. 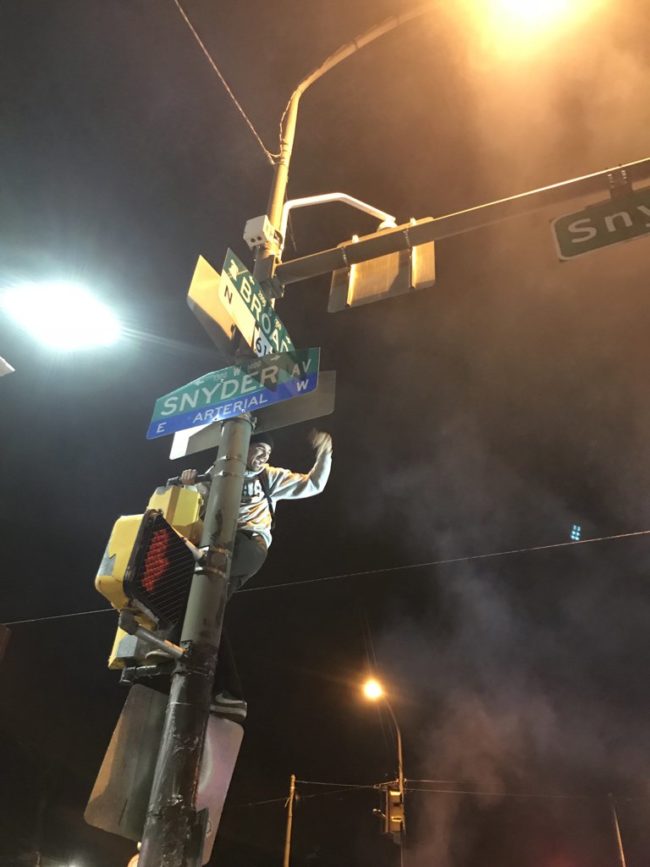 And in the grand finale of fan freak outs, Jigar Desai was so focused on pumping up subway passengers while heading to the game that he ran straight into a pole. He says he’s doing fine now.

Well, there’s no denying Eagles fans are passionate! Who will you be rooting for this upcoming Super Bowl Sunday?