The Roman Empire was around for a long time, and in those hundreds of years it was difficult to stand out as an emperor. You either needed to build something massive or be unspeakably cruel. Emperor Nero falls into the latter category. Even though he only ruled for 13 years, he left a bad taste in the mouth of the entire empire. He also left a path of destruction behind him. Here are just a few of the horrifying things that Nero did during his brief reign…

1. He murdered his mother. 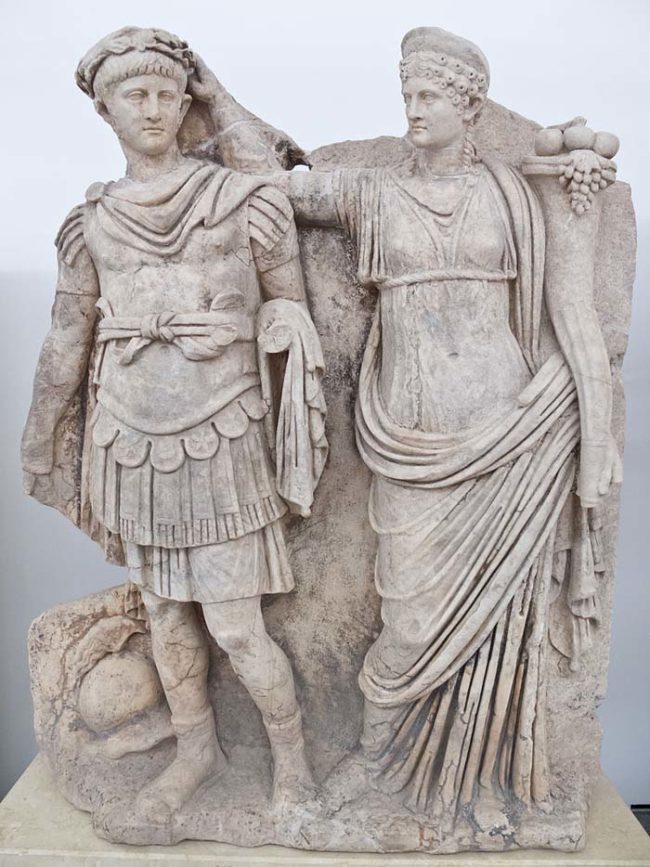 Not long after becoming emperor at the ripe old age of 14, Nero became convinced that his mother was plotting against him. For a time, the two had almost ruled in concert, but gradually she lost favor with him. In 59 C.E. Nero ordered his military to sink a ship his mother was traveling on. When she survived and swam ashore, he had a group of soldiers meet and kill her. Her last words before she died were, “You have come to see me, take back word that I have recovered (from the sinking boat), but if you are here to do a crime, I believe nothing about my son, he has not ordered his mother’s murder.”

2. …Then he killed his first wife. 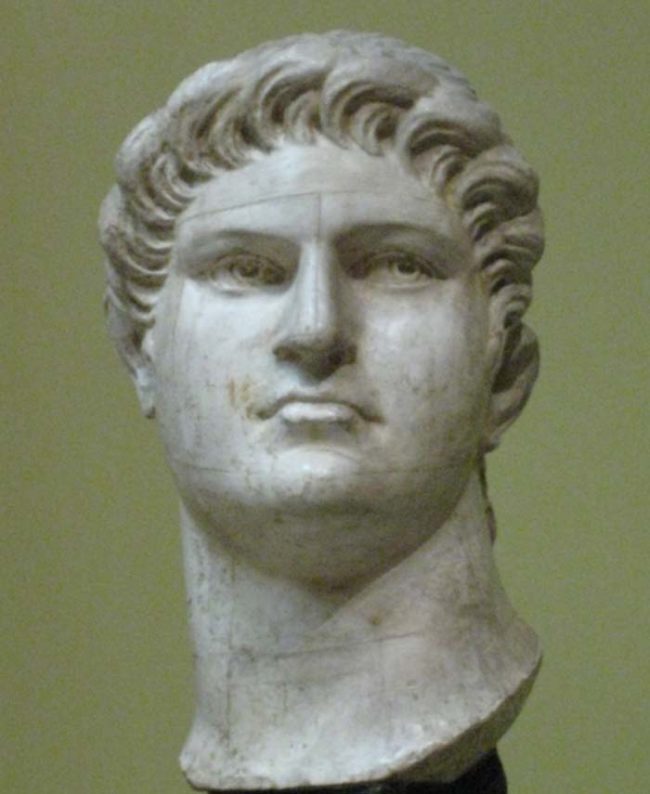 Nero and his first wife Octavia didn’t get along. After several years of marriage, the two were estranged and the cruel emperor decided he wanted to get rid of her. First he divorced her and accused her of adultery. When the Roman people didn’t take kindly to his accusations, he banished Octavia. He then attempted to have her sentenced to death for her supposed adultery. Reports from the time claim that Nero’s accusations were so baseless that even under torture, witnesses would not admit to any wrongdoing on the part of Octavia. Eventually though, Nero got his way and she was executed.

3. He supposedly ignored the Great Fire of Rome — and maybe even caused it. 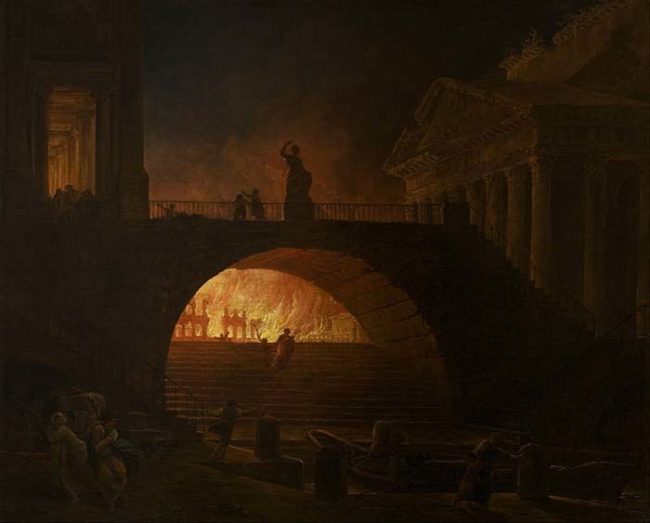 Of all the things that Nero was supposedly responsible for, the Great Fire of Rome might be the worst. The fire, which burned for several days and nights, left much of Rome scorched by the time it was finally extinguished. According to several historians from the time, Nero played music in the palace while the city burned, but it’s possible that those accounts are simply rumors with no basis. While the exact cause of the fire was never determined, there are those who believe it was Nero himself who set the fire to clear way for a new palacehe wanted to build.

4. Then he blamed the Christians for it. 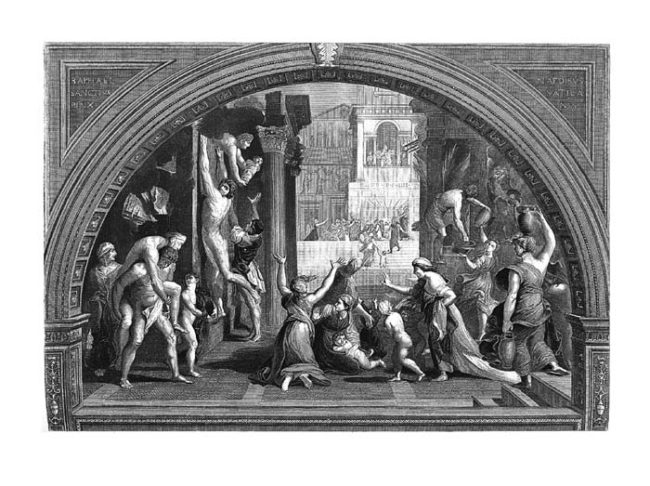 Regardless of the actual cause of the fire, Nero blamed it on Christians. At the time, Christians were a tiny, disliked minority in Rome. Under orders from Nero, Christians were rounded up and subjected to horrific acts of torture before being brutally murdered. There are stories that Nero ordered Christians dipped in oil, hung from poles, and set ablaze in his garden. It was said Nero would take walks through the garden at night to admire the burning bodies. 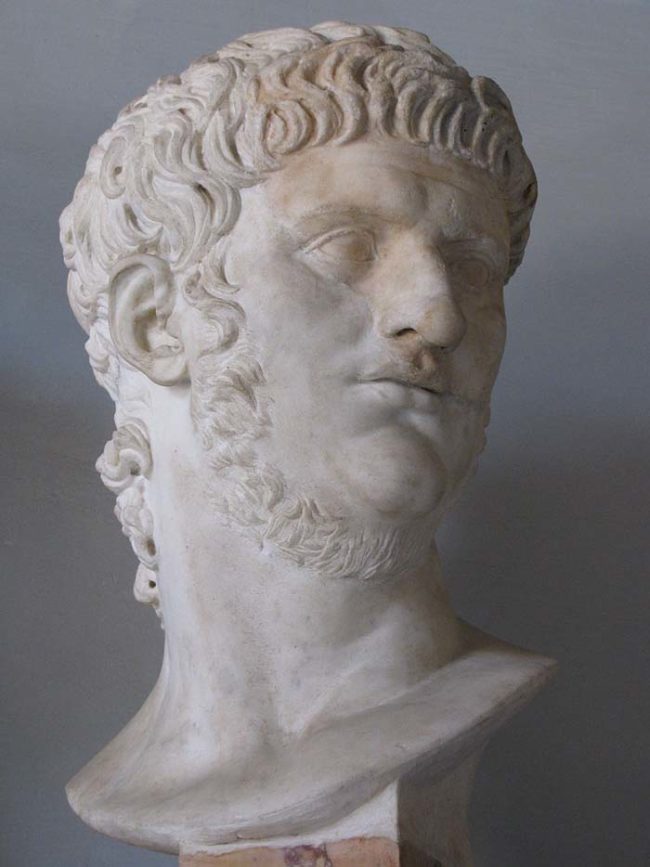 Eventually, Nero’s reign of terror caught up to him. One Roman governor after another renounced their support for Nero. In June of 68 C.E., the Roman Senate declared Nero an enemy of the people and even his guards turned against him. With nowhere else to turn and fearing for his life, Nero committed suicide. He was the first Roman emperor to do so.