As we’ve seen in past months (and years), Facebook isn’t exactly the safe space we’d like to think it is.

Fake news, murders and suicides streamed from Facebook Live, and the collection of personal data are all unfortunate realities and events we’ve come to associate with the social networking site. Even clicking on Facebook’s search bar and typing in relatively innocent words can yield seriously inappropriate and downright disgusting results you’d never want your children (or your own eyes) to witness.

The company recently removed certain terms from their search bar after Twitter users pointed out the disturbing autocompleted results that popped up when they typed “video of.” Warning: the following images contain graphic and offensive posts.

In a statement written to Mashable, a spokesperson for Facebook had this to say about the matter: “We’re very sorry this happened. As soon as we became aware of these offensive predictions we removed them.” 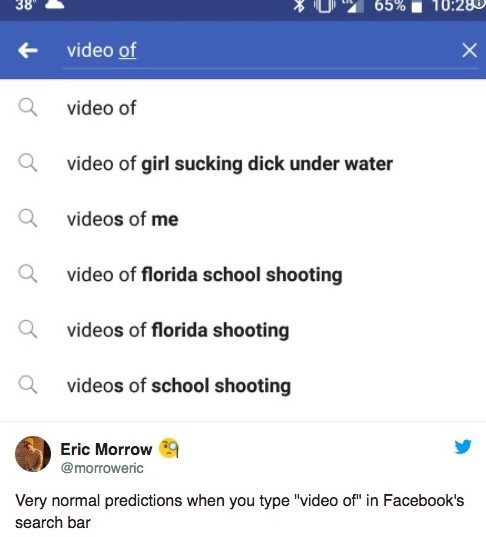 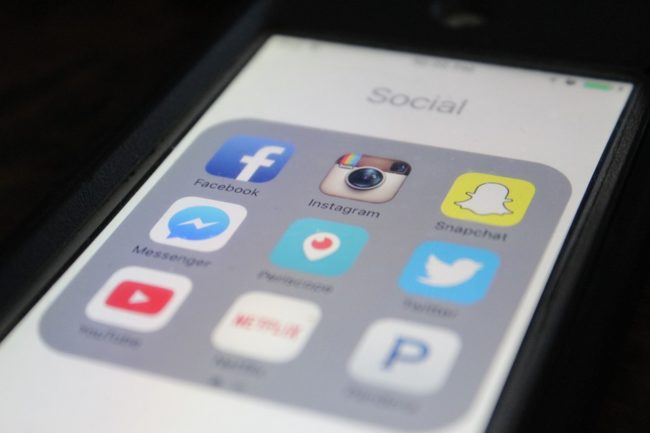 “We do not allow sexually explicit imagery, and we are committed to keeping such content off of our site. We are looking into why these search predictions appeared and going forward, we’re working to improve the quality of search predictions.”

While Facebook has already begun fixing the issue, there’s an important lesson to be learned here. If you have children, monitor their social media use and NEVER assume they won’t come across inappropriate material such as this. Additionally, if you ever see something like this, call it out and hold the company accountable.