People Wouldn’t Stop Running In The Hall, So They Did Something Mind-Bending To It

If there’s one thing I remember about grade school, it’s that people really, really don’t condone running in the halls.

And one U.K.-based tile company has a solution to that problem. They’ve created the perfect optical illusion that will have customers and pint-sized scoundrels thinking twice about running around. When designing the interior for their new showroom remodel, the folks at Casa Ceramica set out to create something that quite literally stopped people in their tracks.

At first glance, it looks like the floor is caving in, but that’s all part of the plan. 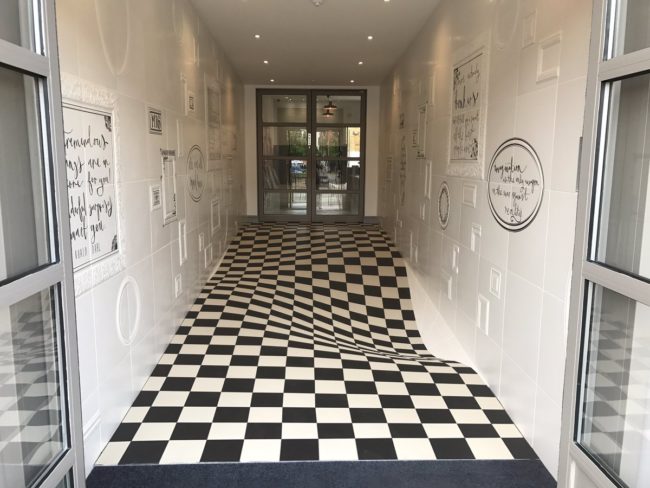 Casa Ceramica owner, Duncan Cool, demonstrates the perfect technique for handling this epic optical illusion before revealing that the giant hole is all in our minds.

Here’s how to navigate our floor! #tiles#Manchester#Lovetiles#Illusion#Aliceinwonderland#CharlieAndthechocolatefactorypic.twitter.com/fn8kV2Wcz9

If you can believe it, this was designed so that the hallway would look totally normal to anyone entering or looking through that glass door. 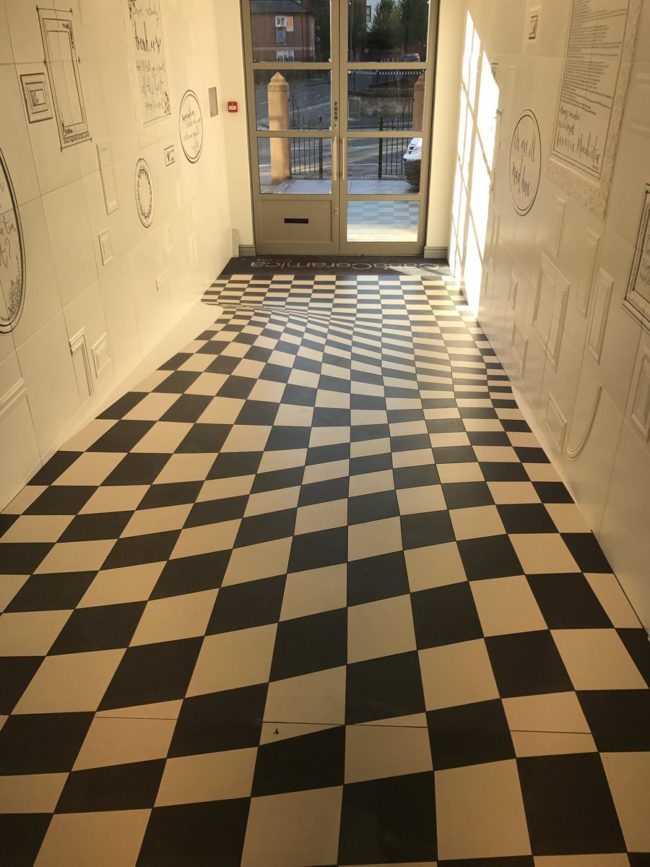 And it’s no surprise that the internet is going crazy for it!

This is bonkers amazing. Imagine coming home after a drinking bender!😵😵😂

And some just feel a little sick.

I'm getting vertigo just looking at this

Not gonna lie, I had to do a double take when I first saw this awesome floor design. I know I wouldn’t even bother trying to run.