Most kids in the Baltimore area school districts expected to return from their holiday breaks refreshed and renewed to start the new year off on a high note. Unfortunately, that’s not exactly how things went down.

When kids across Baltimore City returned to school this past week, they were met with below freezing classrooms that made for less than ideal learning spaces. During the first two days back from break, nearly one-third of the district’s buildings required some sort of maintenance to their heating and water pipe systems. But with thousands of kids left to shiver their way through the school day, city officials did the bare minimum when it came to their students’ safety, something both parents and teachers aren’t too fond of.

The Baltimore Teachers Union has spent the last few days desperately trying to persuade the city to shut down all schools until officials could get a better handle on the severity of heating problems within the schools. But rather than closing down all the school buildings, on Wednesday, just four schools were closed while two others were given early dismissals because of the heating issues.

Any updates will be posted here as early as possible.

Heating wasn’t the only issue at countless district buildings across the city. While school is often considered by many to be the safest place for their children, burst water pipes left many classrooms in tatters, many of which were deemed unsafe. 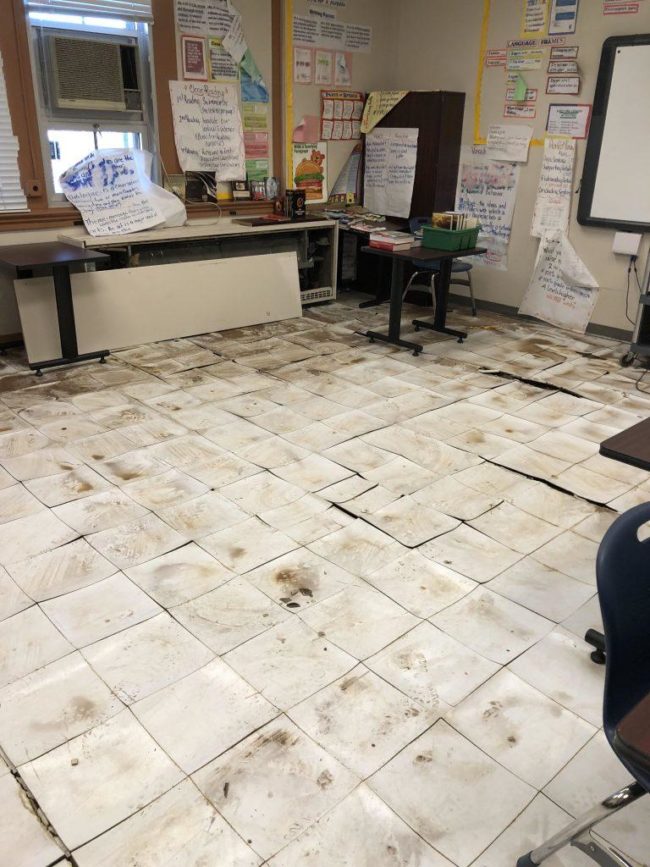 Having heard about the heating problems across the city, Former NFL player Aaron Maybin took to the front lines and sat and talked with the children about how unacceptable it is to be forced to endure such conditions.

But famous football players weren’t the only ones voicing their opinions about the ridiculousness of sending children to schools without heat.

I don’t understand how Baltimore City schools can operate on any level, with no heat. The temperature is in the teens. What the hell is going on?

Parents from across the city took to social media to air their grievances against the city for their lack of thinking when it came to keeping heating systems up to date.

Jeffrey San Filippo, a seventh and eighth-grade history teacher at Calverton Elementary/Middle School, alerted his Twitter followers that his classroom barely hit a high of 40 degrees, and berated the school officials for allowing students and staff to endure these horrific learning conditions.

@EricaLG @baltimoresun This is the temp in a Baltimore City Public School Building. How is acceptable to put children through learning conditions like this? pic.twitter.com/08xstUNXcq

(via The Baltimore Sun)

While I understand that districts are required to squeeze their 180 school days into the year, I think most would agree that if keeping warm and staying safe required less of a summer break, that would be more than okay with most of these parents, teachers, and students.