Don’t Think You Need To Wear A Helmet? These 19 Grisly Photos Say Otherwise

Many of us weren’t allowed to ride bikes, skateboards, or go rollerblading as kids without putting a helmet on first, and for good reason.

To be honest, despite my mom drilling it into my head that I could die without wearing one, I never actually believed that would happen to me as a little girl. As an adult, however, I cringe whenever I see children riding down the street on bikes without them. Maybe it’s because I’ve heard too many stories on the news about brain injuries and horrific deaths that could have easily been prevented with a helmet, but I refuse to get on a bike without one strapped to my head.

The next time you’re wondering whether a helmet is really necessary, just look at these 19 photos.

1. “A boy’s bike helmet saved him from serious injuries after a crash, if not death.” 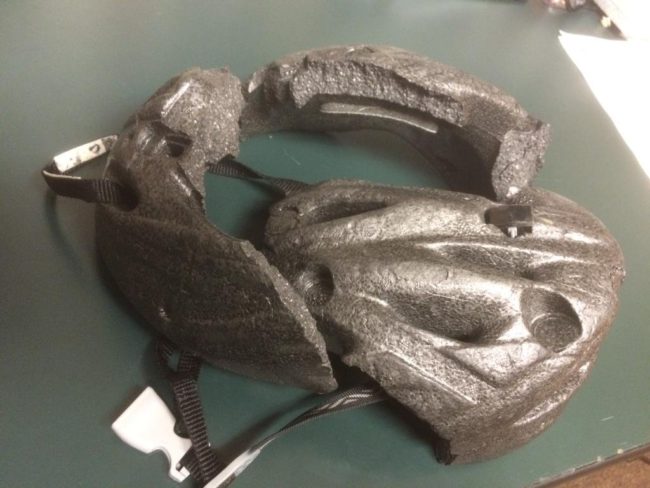 2. “This is why you wear a full helmet. My friend was hit by someone who ran a red light. If he had worn a skull cap, he’d have no lower jaw.” 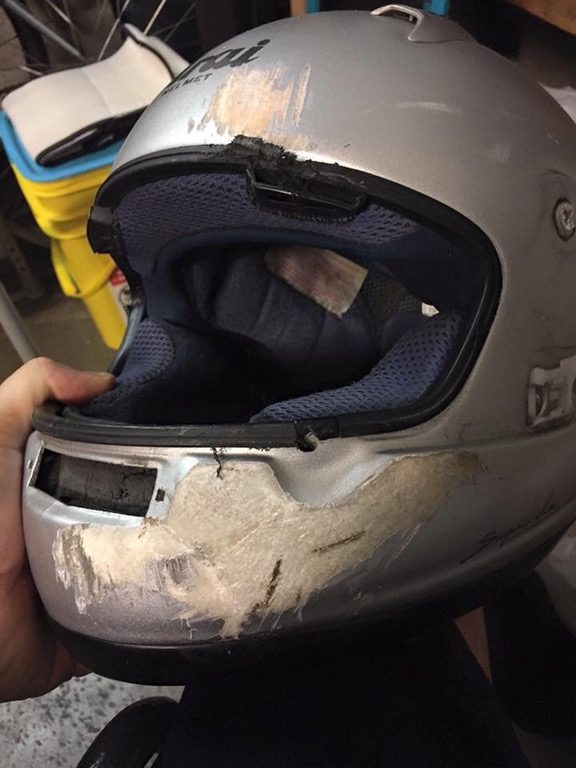 3. “Got hit by a car turning left and flew into windshield.” 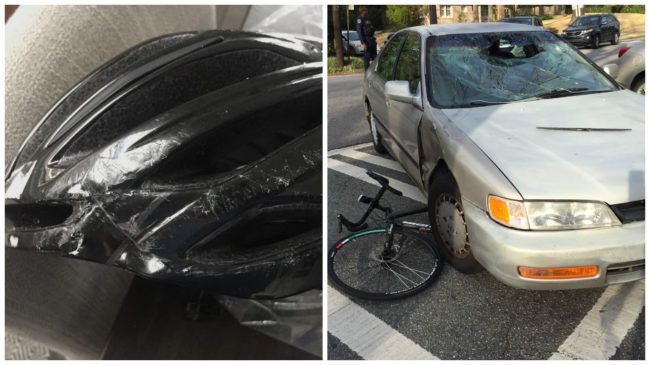 4. “My head and faced crushed the windscreen.”

5. “And this, kids, is why we wear helmets when we skateboard.” 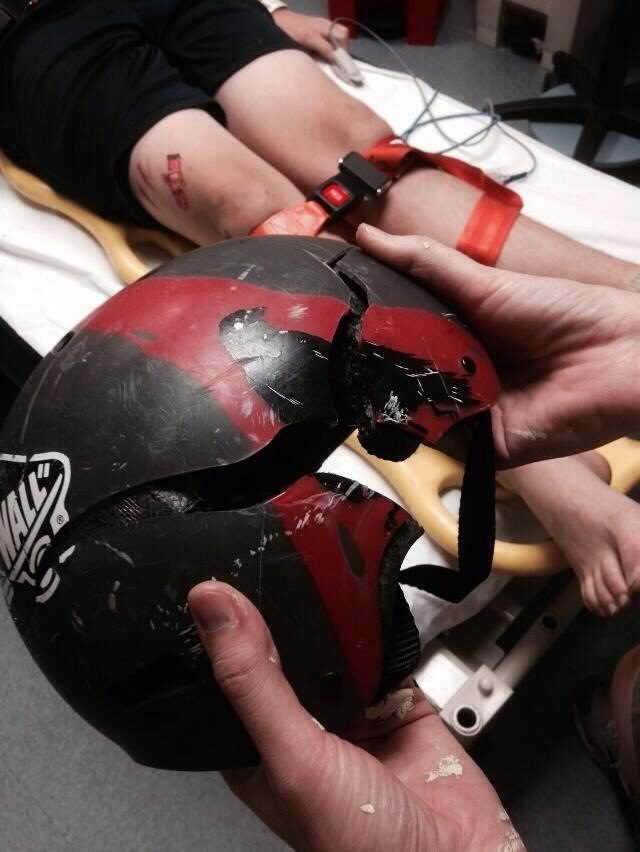 6. “Orlando Police shared this photo on Twitter showing where a bullet struck an officer’s helmet. The officer’s life was saved because of the helmet.” 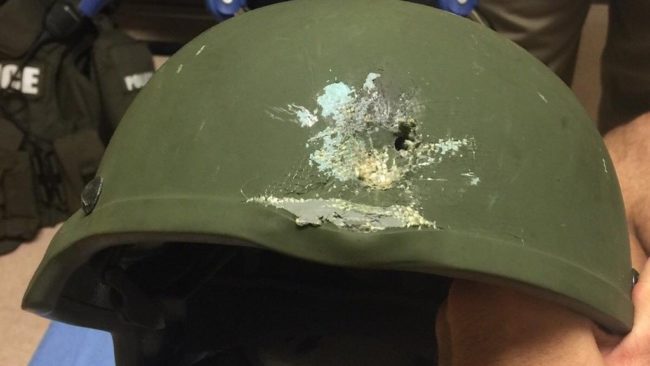 7. I don’t even want to know how this happened. 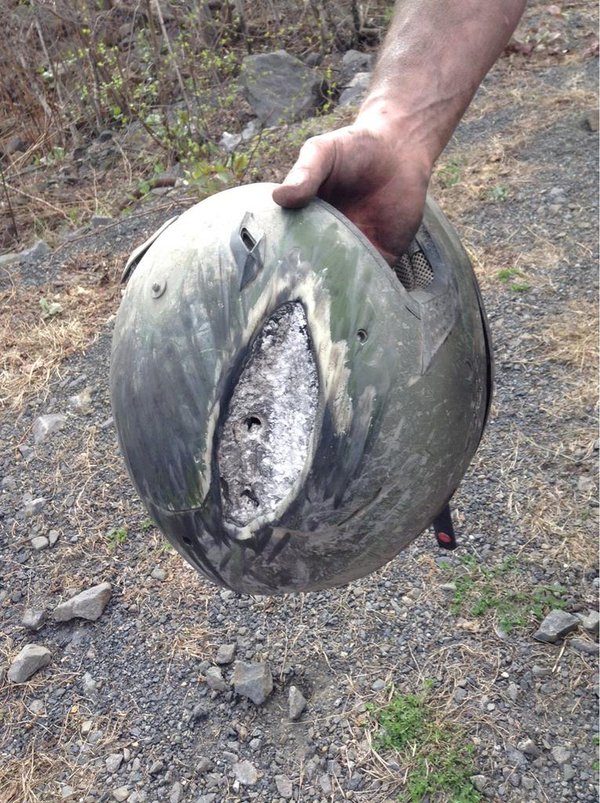 8. This could have very easily been his skull. 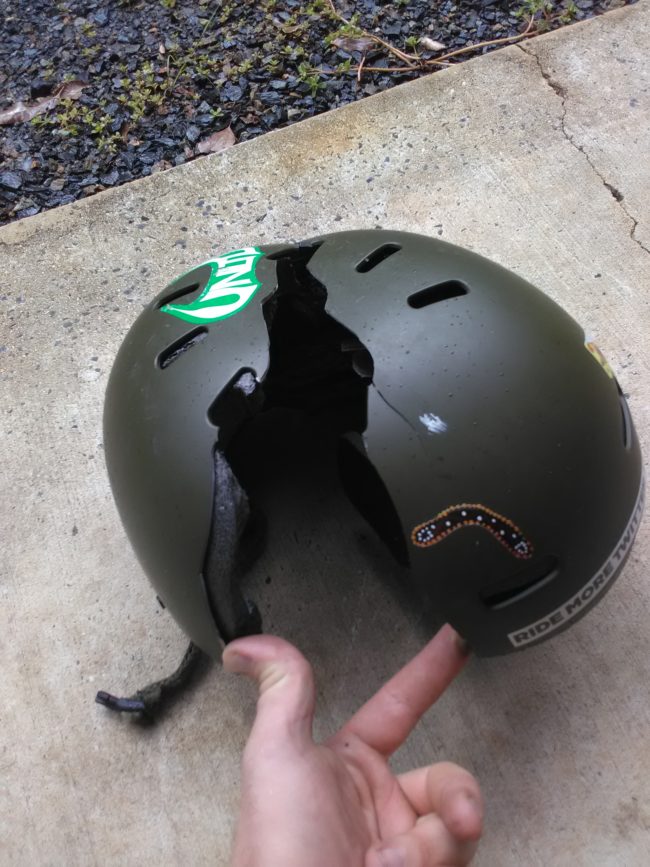 9. Just imagine what would’ve happened to this person’s face. 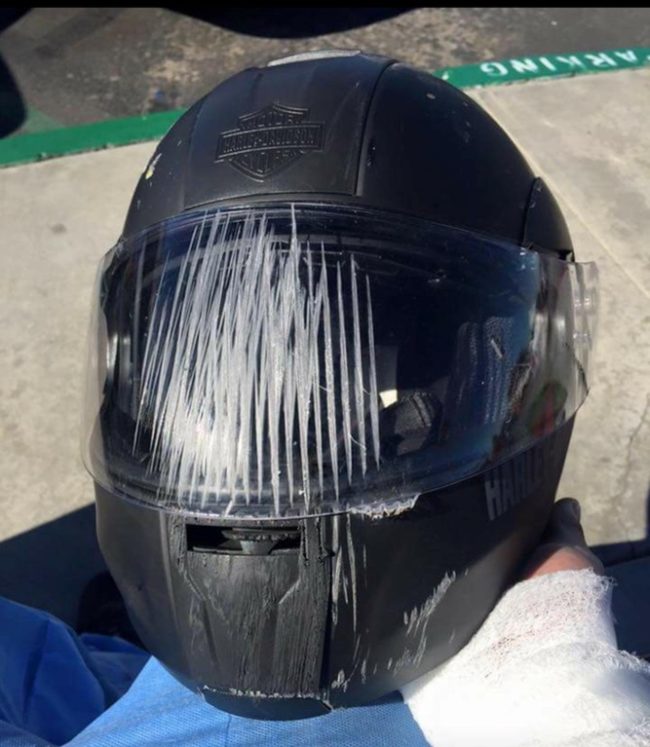 10. “Wear your helmets when biking. No doubt this helmet saved a friend from serious head injury or death.” 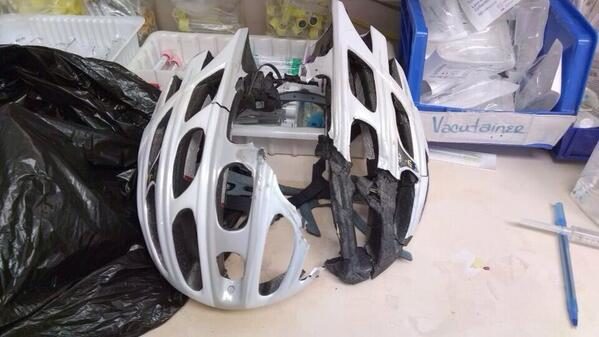 11. Working in construction can get pretty dangerous. 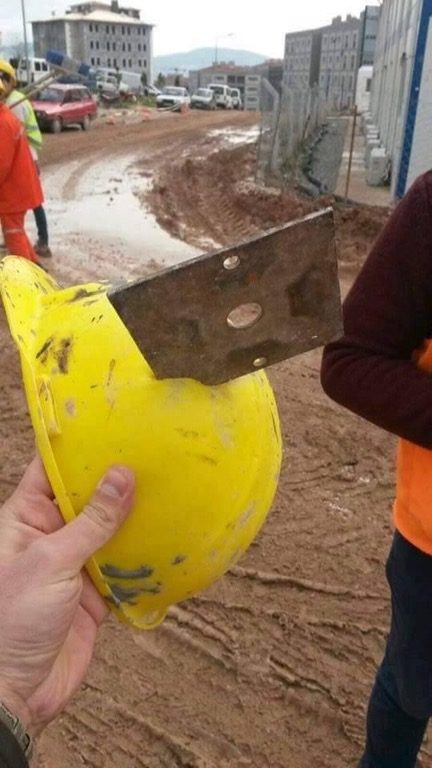 12. “Fellow riders, my helmet saved my life this weekend.I would have been hit in the face with a big chunk of concrete.” 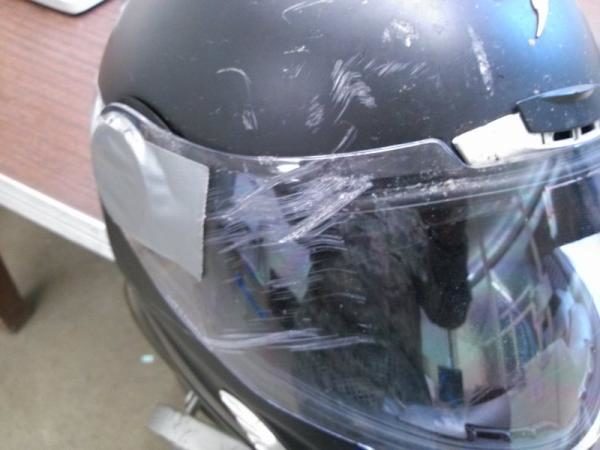 13. There’s no way he would’ve survived without that helmet. 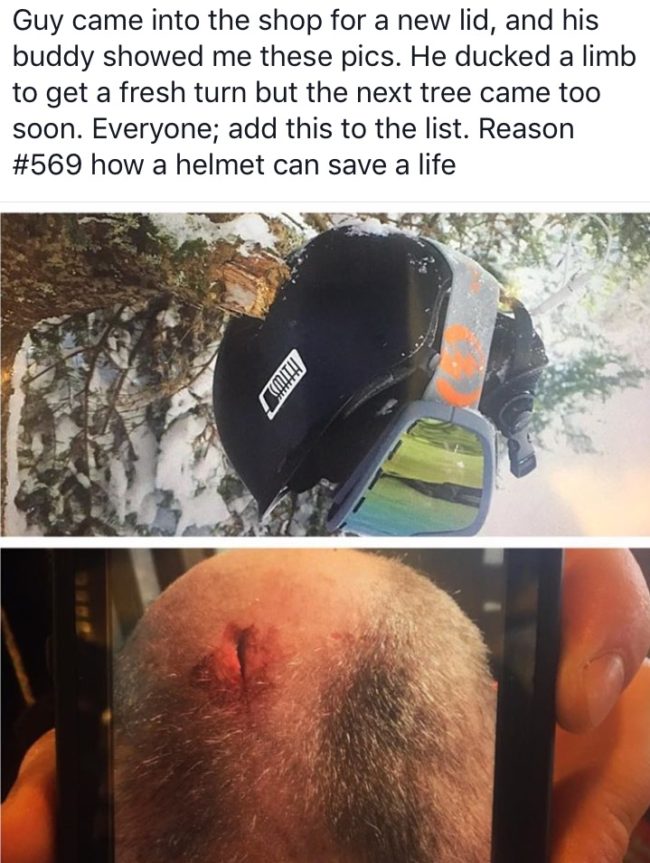 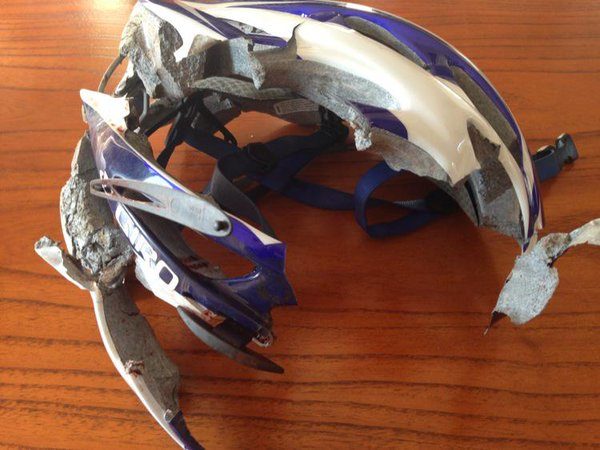 15. Here’s what happens when you get dragged by a bus. 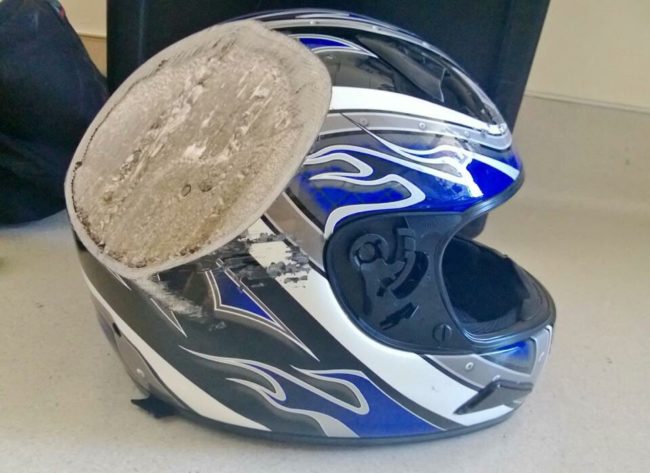 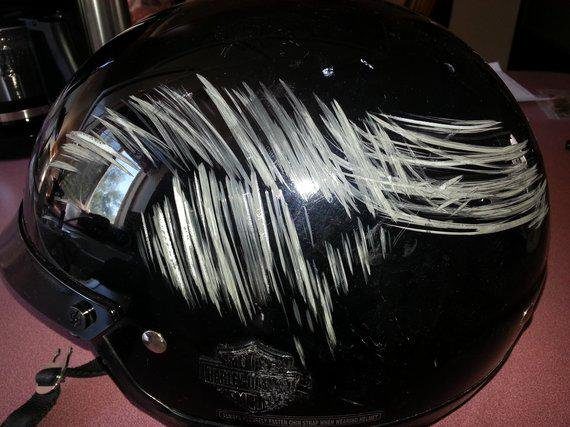 17. “This helmet saved my life when I hit a deer.Bike is gone but I’m still here!” 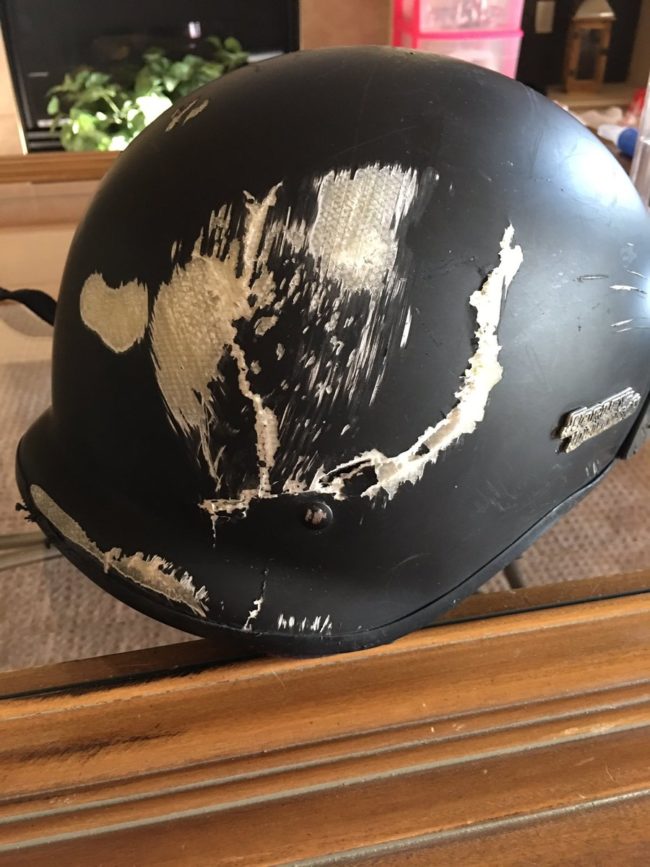 18. They probably wouldn’t have had a face anymore without this. 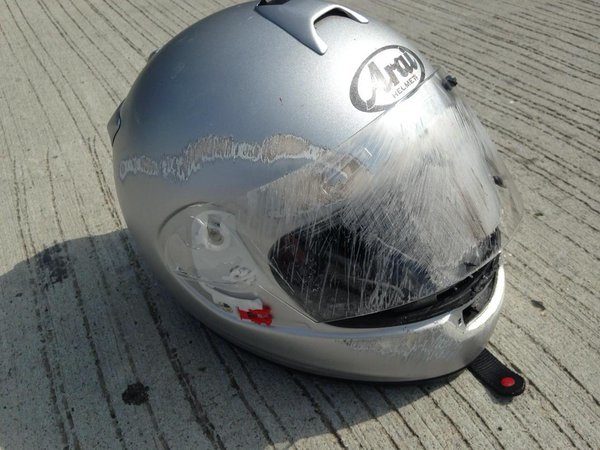 19. “Your life isn’t worth you wanting to feel the wind on your face. Be safe, not sorry.” 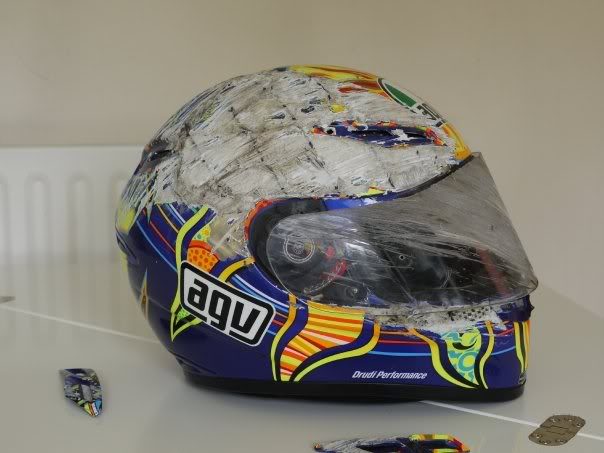 It’s crazy and terrifying to think that all these people would probably be long gone if they hadn’t decided to protect their heads. Be sure to share this with everyone you know as a reminder that helmets really do save lives!