The U.S. Has Blocked Immigrants From Coming In Before — This Is What Happened

Every year on January 27, the world commemorates the 11 million victims of the Holocaust with an International Day of Remembrance. Although 72 years have passed since the deadliest genocide in history, there is much people still don’t know about the tragic events.

The Holocaust is, without a doubt, one of the most shameful events in human history. As a result, many people do not like to speak about it. However, as the saying goes, “Those who do not learn history are doomed to repeat it.” With the racism and xenophobia that exists worldwide today, it’s more important than ever to reflect on the devastation of the Holocaust and the lives that were lost or irrevocably changed.

Here you’ll find 10 facts about the Holocaust that you probably didn’t learn in school. While many are heartbreaking, others speak to the courage, perseverance, and dignity of those who lived through it or died fighting.

1. Hitler offered to let the United States, Great Britain, and 30 other countries to take in Jewish refugees, but they refused. 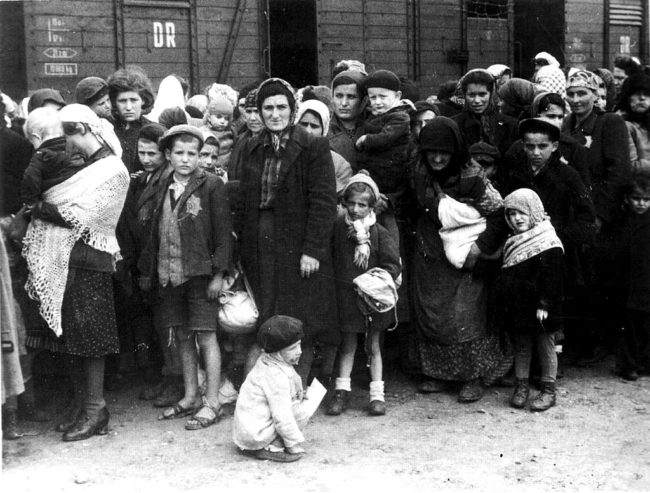 In 1938, President Franklin D. Roosevelt initiated the Évian Conference, bringing 32 countries together in France to discuss Hitler’s increasing persecution of the Jewish people. When Hitler heard of the conference he said, “We, on our part, are ready to put all these criminals [Jews] at the disposal of these countries, for all I care, they can leave on luxury ships.” Sadly, the conference failed to come to agreement. The only countries to accept an influx of immigrants were Costa Rica and the Dominican Republic.

Read More: Holocaust Survivor Reunited With Soldier Who Liberated Him 70 Years Ago

2. A high number of both Christians and Jews were killed during the Holocaust. 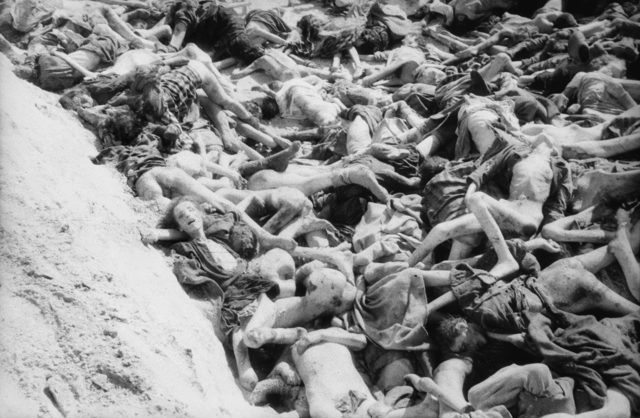 Approximately three to six million Jewish people lost their lives, which equated about one-third of the total Jewish population (or more based on certain estimates). Beyond that, three million Christians who denounced the Third Reich and five million other individuals were killed as well. Many that fell into the “other” category were deemed undesirable by the Third Reich due to mental or physical illness, homosexuality, or religious beliefs.

3. Hitler planned to open a “Museum of an Extinct Race” after the war. 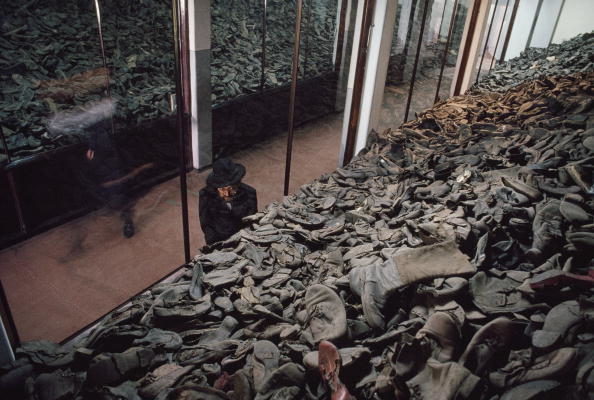 It’s a well-known fact that Nazis seized Jewish art, literature, and more, but what they planned to do with it is beyond heinous. Sickeningly, Hitler had planned to open a “Museum of an Extinct Race,” believing that Jewish culture would still be interesting to study after their eradication was complete.

4. Leica Camera Company saved the lives of hundreds of Jews by hiring them for jobs abroad. 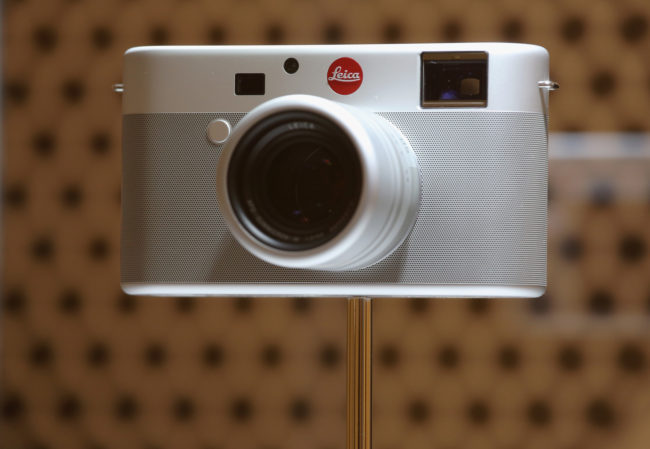 In an incredible act of bravery, Leica Camera Company hired hundreds of Jewish people at the onset of World War II and sent them to work overseas. As a non-Jew, the owner of the company felt he was safe from the Nazi regime, but worked tirelessly to save the lives of associates. Today, his act of courage is known as the “Leica Freedom Train.”

5. In 1945, President Eisenhower urged the press to document the Holocaust, correctly predicting that people would one day deny it happened. 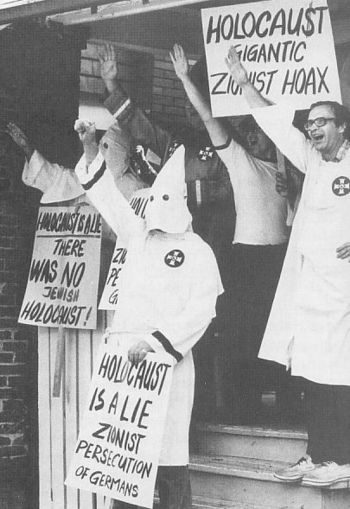 It’s hard to believe that Holocaust denial is a real thing, but to this day, there are people who claim it never even happened. The revisionist history has roots in the Ku Klux Klan and is considered a crime in 17 countries, including Germany.

6. Two Polish doctors saved the lives of 8,000 Jews by faking a typhoid outbreak. 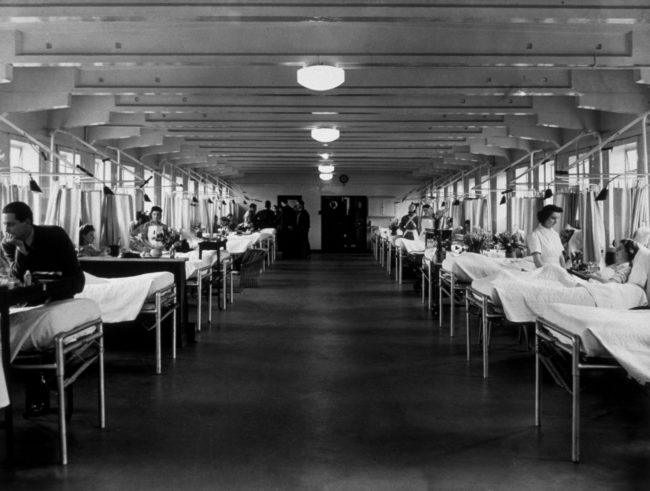 Doctors Eugene Lazowski and Stanislav Matulewicz Lazowski are credited with saving the lives of over 8,000 Jewish people by faking a typhoid outbreak that stopped Nazi forces from entering 12 towns. When they realized that deportation to concentration camps for their Jewish friends was inevitable, they injected them with a fake strain of the virus. While the towns were quarantined, they escaped death.

7. The pest control company that created Zyklon B., the gas used to exterminate millions during the Holocaust, still exists to this day. 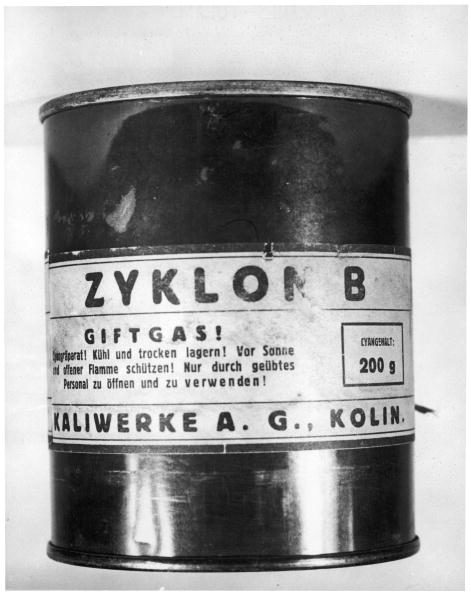 Today, they only make pest control products, but during the Holocaust, their product Zyklon B. was used to exterminate as many as one million people in gas chambers. The company claimed they did not know their product was being used on humans, a fact that’s considered to be “ignorance at best.”

8. A female prisoner of Auschwitz owes her life to an affair with a Nazi. 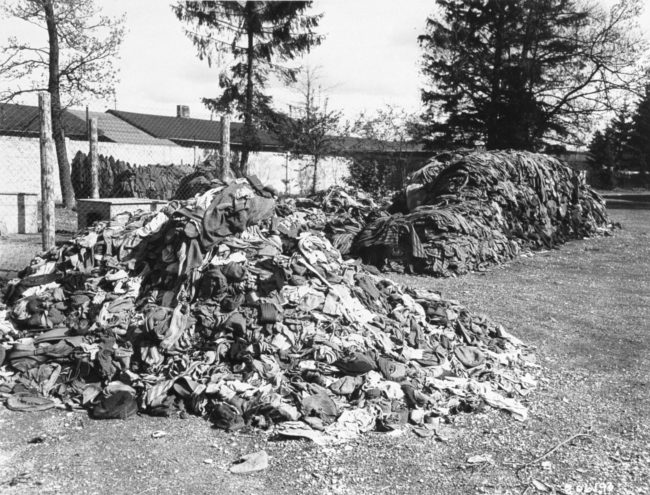 A Slovakian woman, Helena Citronova, says her life was saved multiple times by an SS guard named Franz Wunsch. The pair hid a secret love affair, and Wunsch gave her a job sorting the clothes of gas chamber victims to save her from extermination. He was also able to save her sister’s life, but was not able to reach her nieces and nephews before they were marched into a gas chamber. 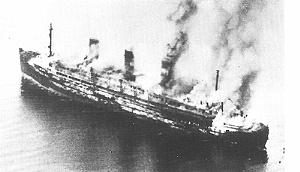 By all accounts, the sinking of German ships after the liberation of concentration camps was a complete accident. Holocaust survivors were below deck, and Allied forces say they thought only Nazis were on board. Ultimately, a breakdown in the chain of command was blamed. One pilot said, “Horrible thing, but we were told to do it. That’s war.”

10. The Nazi officer who captured Anne Frank and her family later bought her diary to “see if [he] was mentioned.” 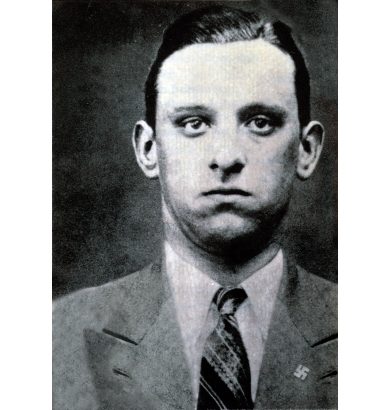 We all know the story of Anne Frank thanks to the diary she left behind. As you might recall, the diary ends abruptly when the garret her family was hiding in was stormed by Nazi forces. Officer Karl Josef Silberbauer, who arrested the Frank family, later said, “I bought the little book last week to see if I was mentioned there, but I saw that I was not.” The comment is particularly odd considering that Anne did not have her diary after the day of the arrest. It was later found by her father, Otto Frank, who was the sole survivor of the family.

Read More: What This Incredible Woman Survived During The Holocaust Will Leave You Speechless

As you reflect on this International Holocaust Remembrance Day, be sure to share these little-known facts with your friends and family. The more we know about the Holocaust, the better equipped we will be to stop similar events from happening in the future.