Not only do they create and give birth to tiny humans, but they’ve proven throughout history that they’re pretty damn brave and intelligent, too.They’ve had to fight for their rights and prove themselves worthy over and over again, which is why they’re honored every March. And what better way to celebrate Women’s History Month than to introduce you to women who’ve made scientific advancements in the past as well as those who are changing the way we live now?

Get ready to burst with pride, ladies, because these 20 women in science are too good for this world.

1. Miriam Daniel Mann, who had a chemistry degree with a minor in mathematics, got a job at the National Advisory Committee for Aeronautics (NACA), NASA’s predecessor, as a human computer in the 1940s.Her work helped put astronaut John Glenn into orbit, but she also fought against segregation at NASA.

2. Cynthia Kenyon, a molecular biologist and geneticist, is currently working with a team of scientists at Calico, Google’s nascent biotechnology company, to find ways to slow aging and prevent age-related diseases.In 1993, she discovered that altering a single gene in roundworms could double their lifespan.She’s been able to discover which genes help us live longer and has a goal of extending human lives by 100 years. 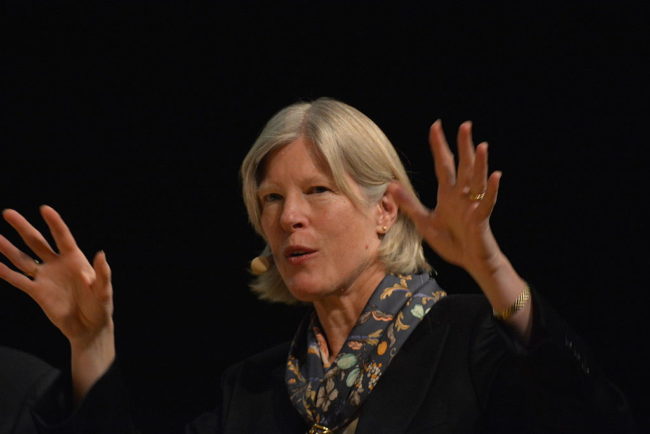 3. Marine biologist and writer Rachel Carson published a book called, “Silent Spring” in 1962, which warned about the danger of pesticides.It had a huge historical impact and led to lethal pesticides being banned in the U.S. 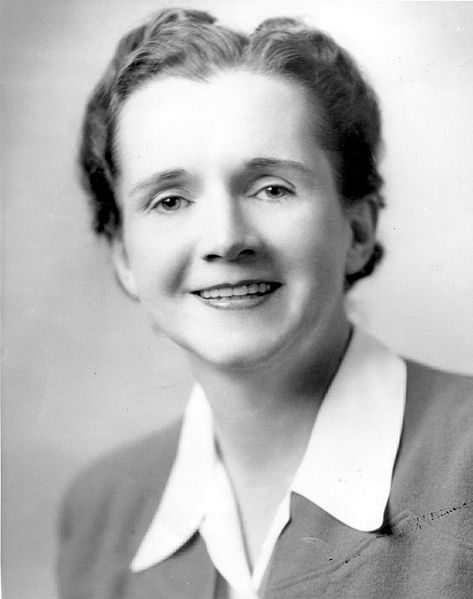 4. Astronomer and planetary scientist Sara Seager has discovered 715 exoplanets with the Kepler Space Telescope.She’s hoping to find atmospheres similiar to Earth’s in her ultimate goal of discovering another life-sustaining planet.

5. Social psychologist Jennifer Eberhardt studies the way people profile others based on race, specifically when it comes to law enforcement officials.She works with police to help create better policies and build better relationships with the communities they serve. 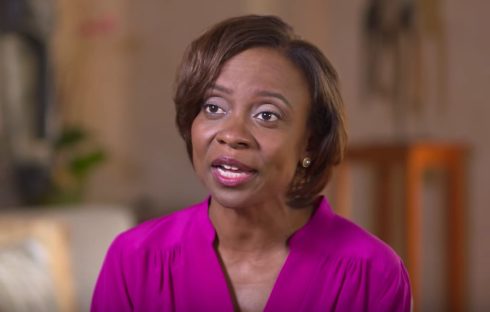 6. Anthropologist and primatologist Dian Fossey studied and developed close contacts with the mountain gorillas of the Virunga Volcano region of Rwanda.Her studies are credited for providing the basis of our understanding of the behavior and social life of gorillas. 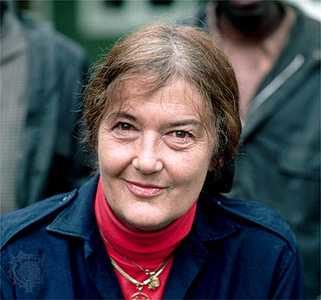 7. Nina Tandon, CEO and cofounder of EpiBone, is usingpeople’s stem cells to grow human bone that can be used to repair bone loss and other defects. 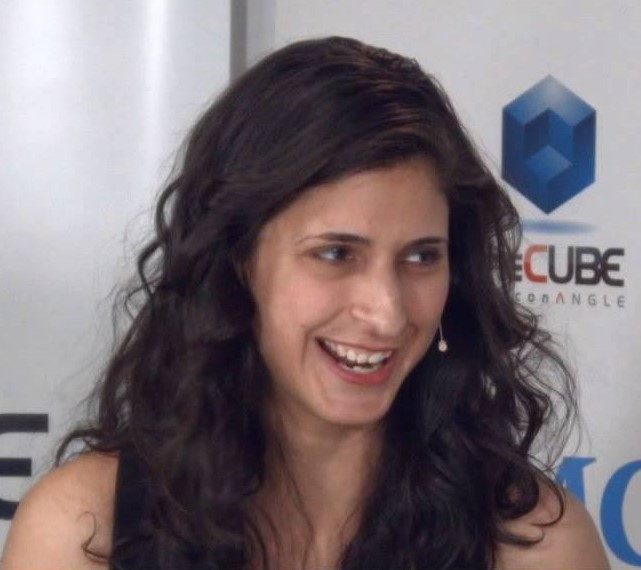 8. German neuroscientist Katrin Amunts is leading a team of researchers who are constructing a 3-D map of the brain, which should give us more insight into how the brain works and how it drives our behavior.

Katrin Amunts to Present on Decoding the Human Brain at PASC17 https://t.co/bPvDhvSRMl pic.twitter.com/Tbkb7pM0FH

9. Chemist and pharmacologist Gertrude B. Elion was hired by Burroughs Wellcome pharmaceuticals in 1944 and developed 6-mercaplopurine, a drug used in chemotherapy to treat children with leukemia.Among her other contributions, she developed azathioprine, which helps prevent rejection after organ transplant surgery. 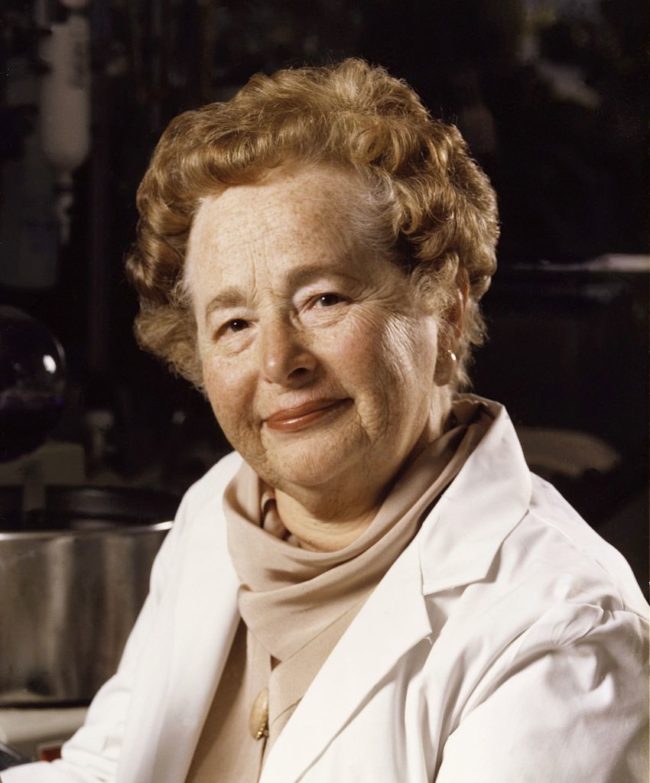 10. Mae Carol Jemison was the first black woman to travel to space in the Space Shuttle Endeavor on September 12, 1992. 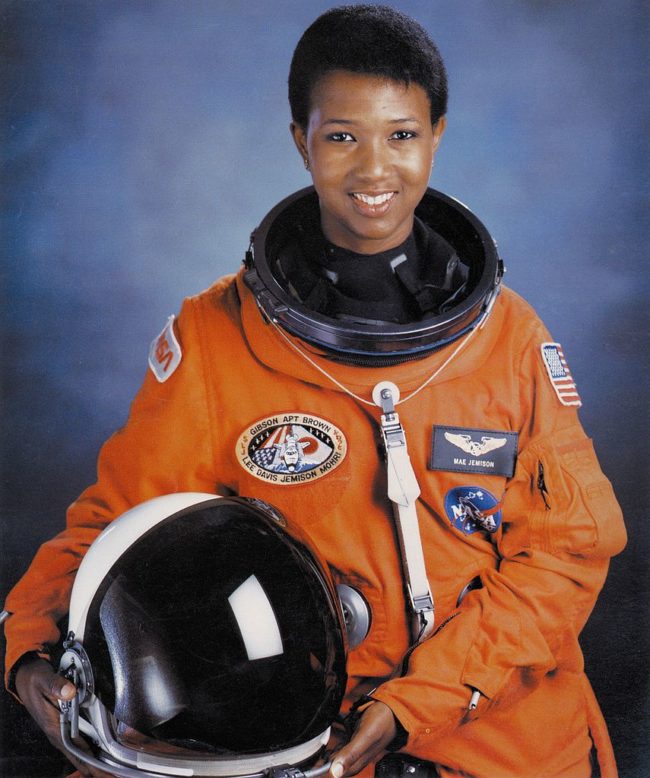 11. Cecilia Helena Payne-Gaposchkin not only became the first person to earn a Ph.D. in astronomy from Radcliffe, but she also determined in 1925 that hydrogen and helium were the most abundant elements in stars. 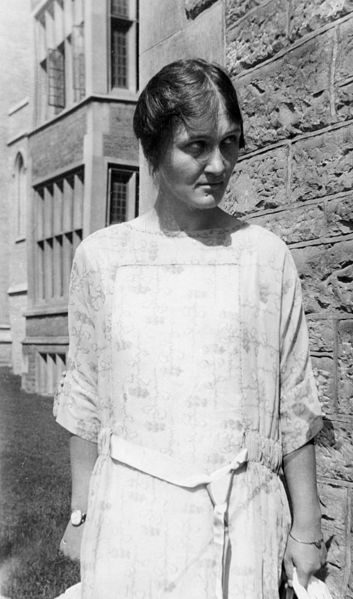 12. Jane Goodall is credited for revolutionizing the field of primatology with her decades spent observing and studying the behavior of the Gombe chimpanzees in Tanzania. 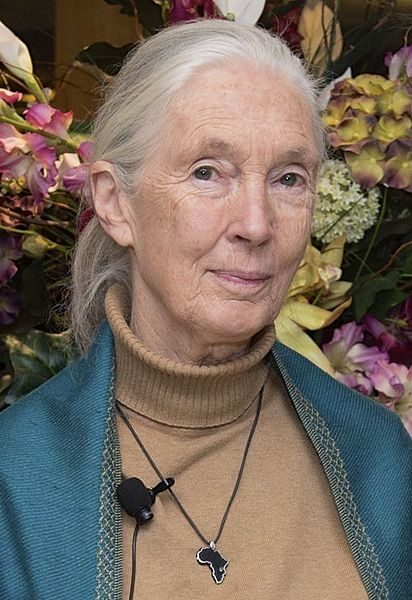 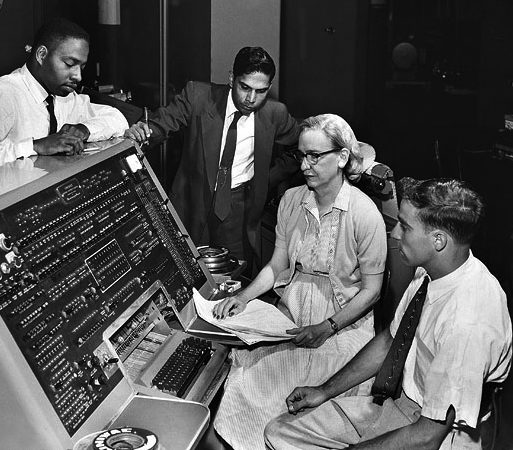 14. Computer scientist Ada Lovelace could be considered as the world’s first computer programmer.The notes she made about Charles Babbage’s proposed calculating machines in the 1800s are now recognized as early models for computers and software.The programming language “Ada” was named after her. 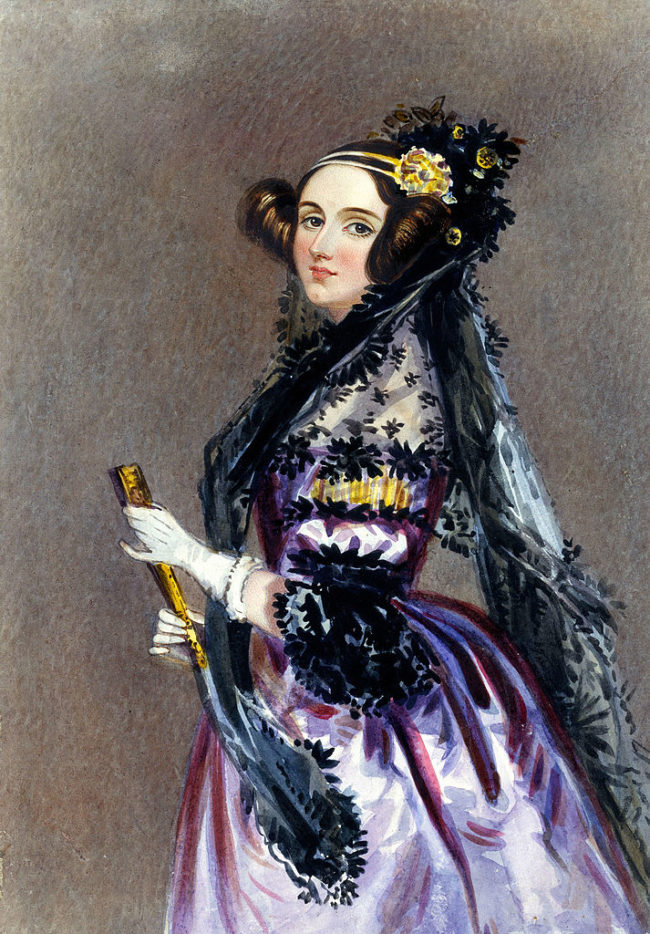 15. Judith Resnik was one of the first women to enter the U.S. space program and became the second American woman ever to fly in space in 1984.Unfortunately, she was one of the people who tragically died when the space shuttle Challenger exploded. 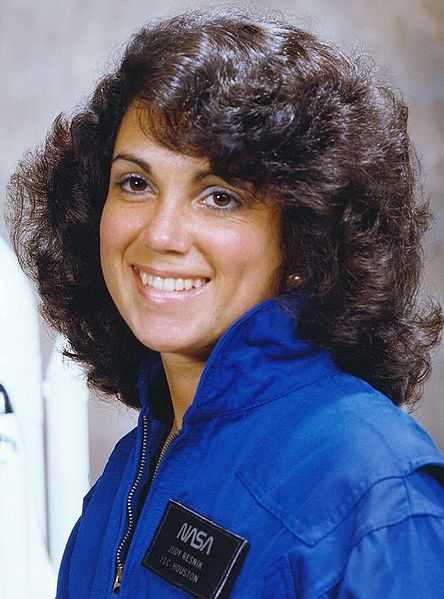 16. Margaret Mead was the first anthropologist to study human development from a cross-cultural perspective in America, Samoa, Bali, and New Guinea.She was also a leader of the women’s movement during the 1960s. 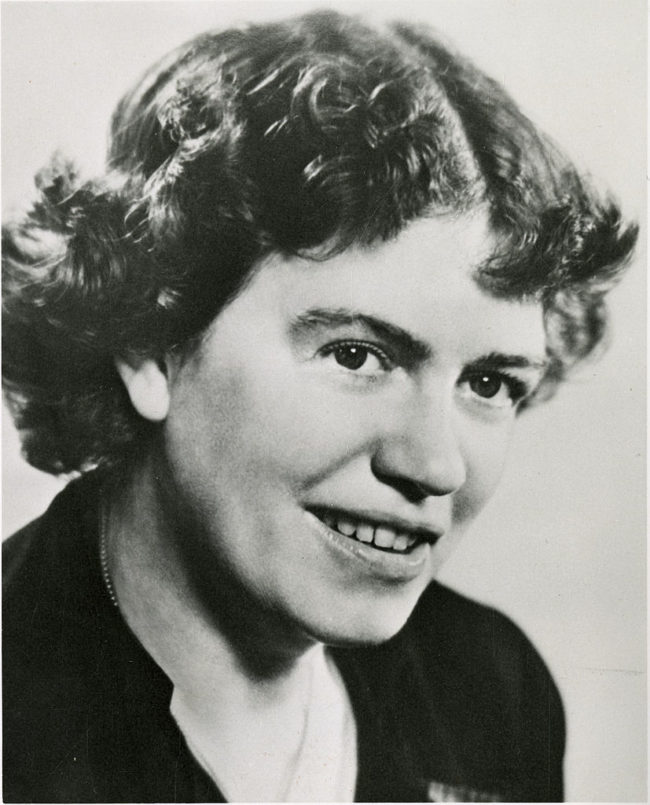 17. Eleanor Maccoby is a psychologist whose discoveries about socializing young children and measuring social behavior in infants and preschool children have greatly influenced research in developmental and social psychology.

Eleanor Maccoby was a pioneer in the field of psychology and sex differences. #WomensHistoryMonth pic.twitter.com/PrFlTeefzR

18. Rosalyn Sussman Yalow helped develop the the radioimmunoassay (RIA) technique, which uses radioisotopes to measure levels of hormones in the human blood system.This made it possible to screen donor blood for diseases like hepatitis and it can determine conditions like hypothyroidism in infants. 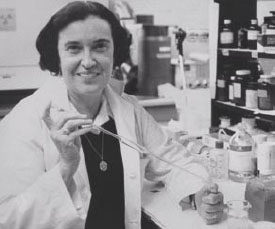 (via Eastern Illinois University and Biography and Business Insider)

Read More: In Honor Of International Women’s Day, Here Are Some Incredible Women To Watch

19. Emmy Noether is known as a pioneer in the field of abstract algebra who worked during the early 1900s.She developed the theories of rings, fields, and algebras, and even explained the connection between symmetry and conservation laws.Albert Einstein himself described her as the most important woman in the history of mathematics. 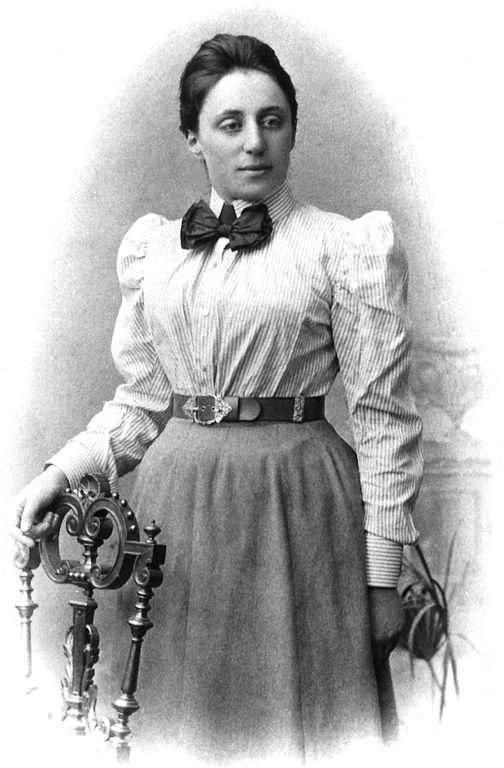 20. Seismologist and geophysicist Inge Lehmann discovered that the Earth has a solid inner core inside a molten outer core in 1936, when it was believed that Earth’s core was a single molten sphere. 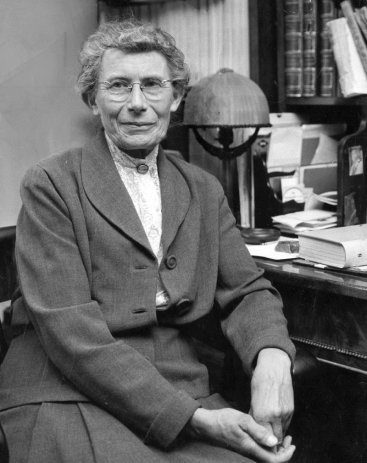 I’ve never been more proud to be a woman than I am right now. These ladies are truly inspiring!Share their accomplishments to help celebrate Women’s History Month and women all over the world!