As someone who’s not that great of a cook, I love Pinterest fails.

They make me feel less alone in the world when I pull something out of the oven that just doesn’t look quite right. People go into these projects earnestly, hoping to create something outside of their usual fare, but some of us just don’t have the gene that helps us pull it all together. Here are 15 new (and hilarious) cooking fails.

1. They thought they were making Food Network’s Brown Sugar Pecan Bears. The result was not as magical. 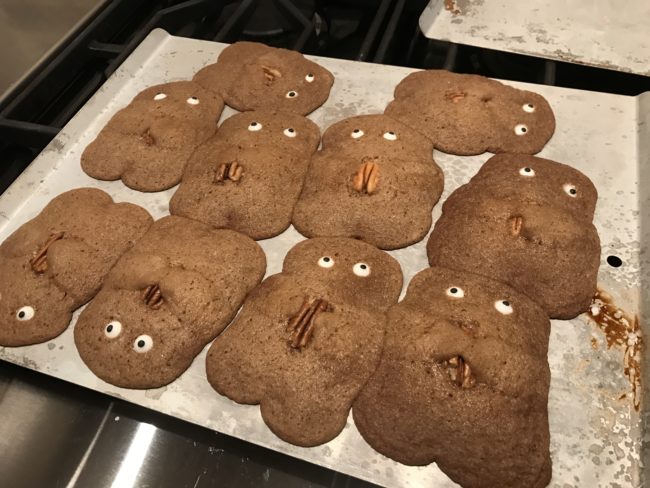 2. It was supposed to be a cake shaped like a hedgehog, but I think this speech bubble says it all. 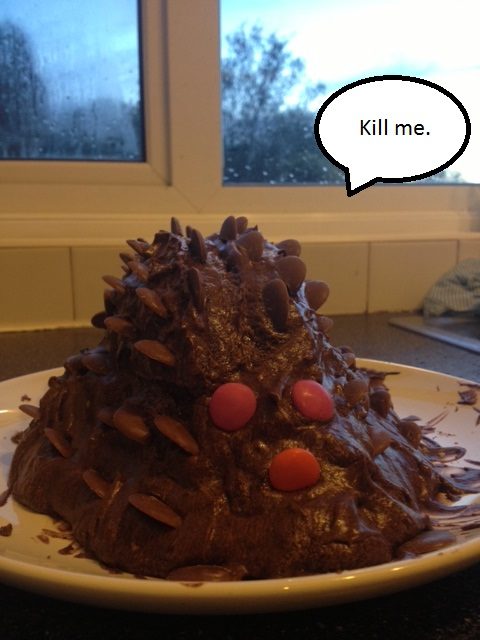 3. The war between good and evil continues in food form. 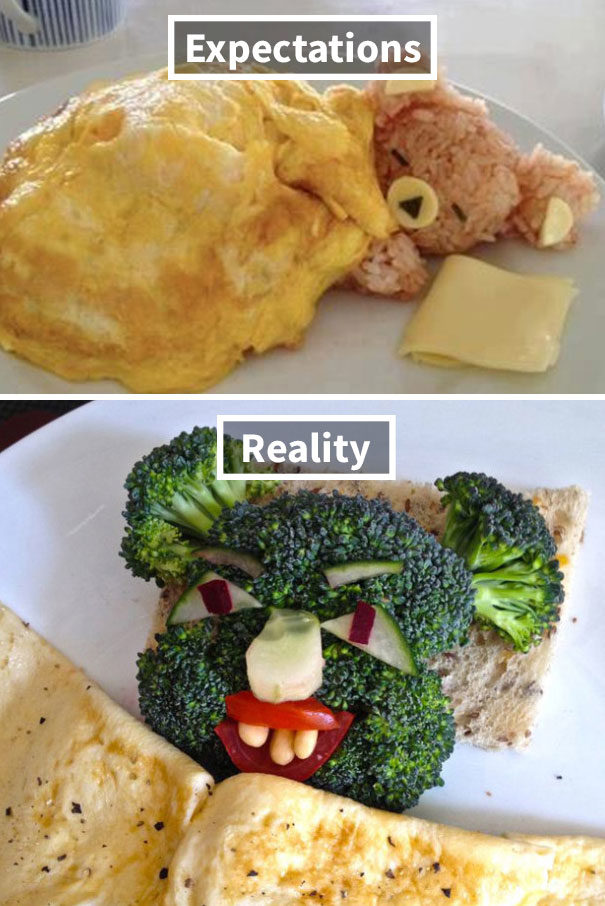 4. “My wife made croissants for breakfast. Nailed it!” 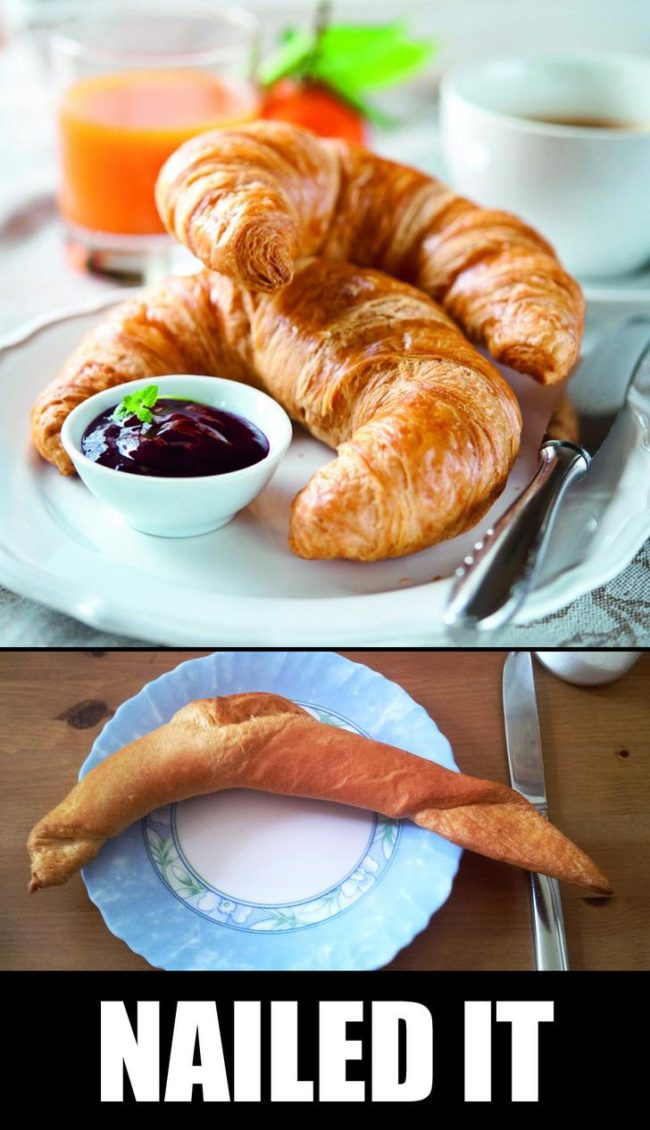 6. These panda cupcakes at least sort of look like the original… 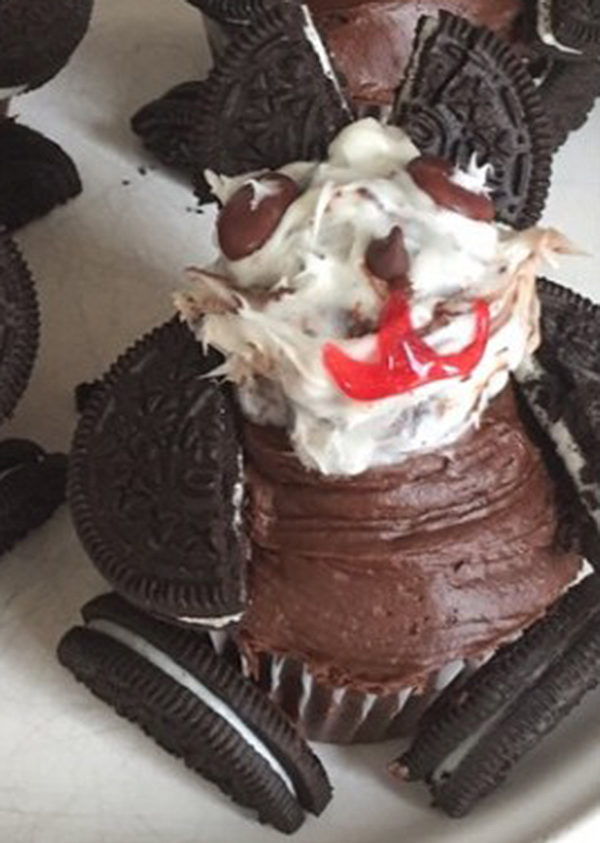 7. Looks like Papa Smurf had a little too much wine last night. 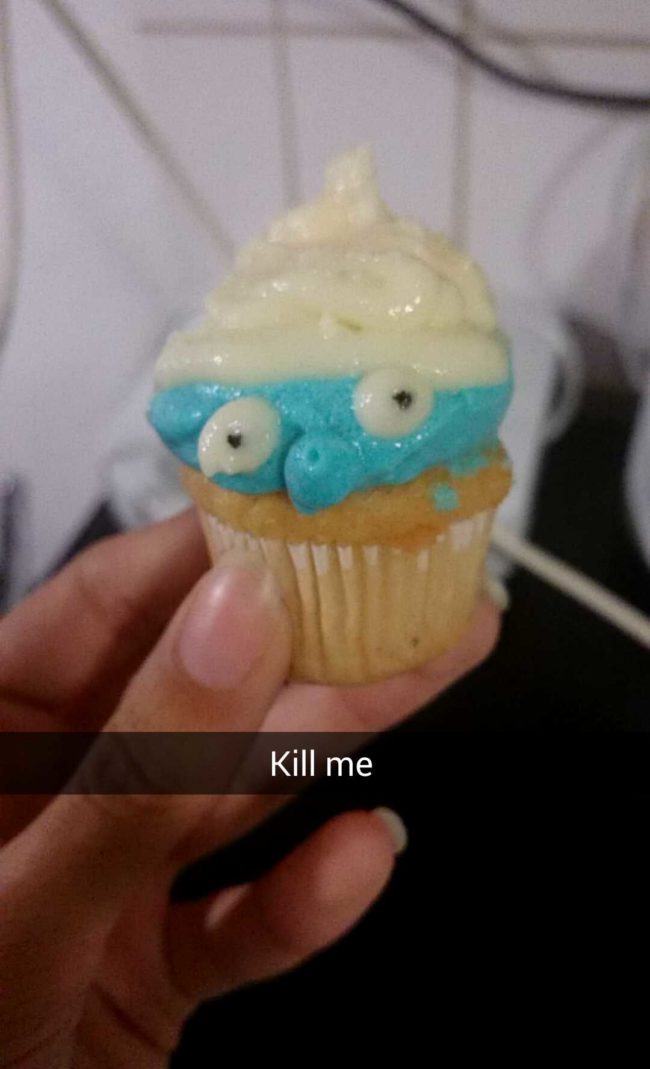 8. The best thing you can say about this is that at least you can tell it was supposed to be Santa. 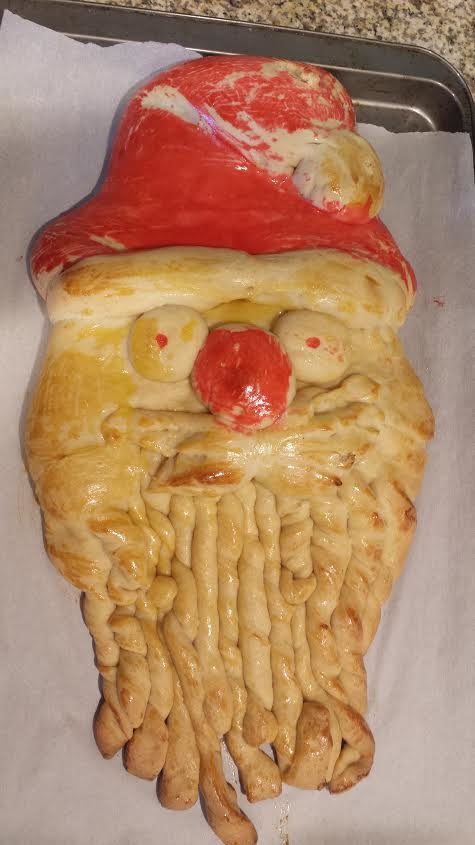 9. More like mother of dragon fails, am I right? 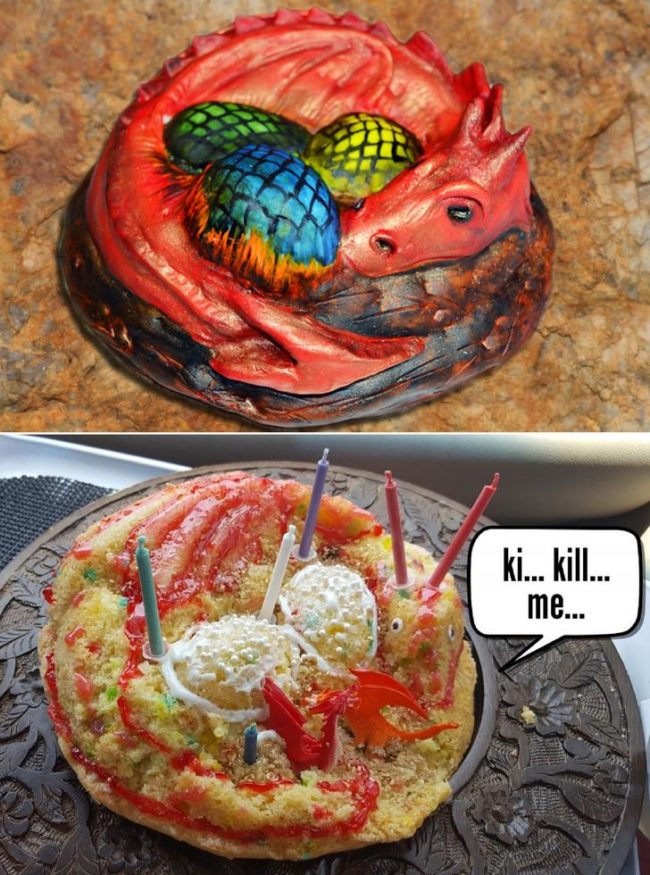 10. You’ve got something in your eye! 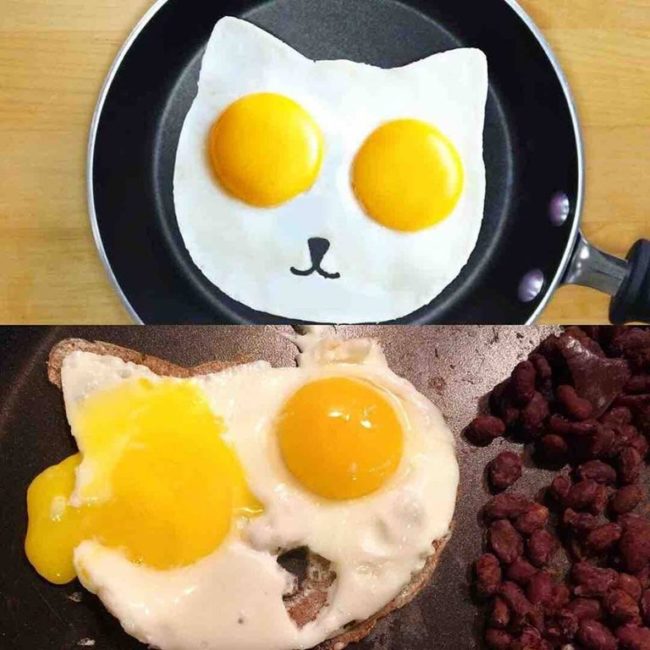 11. “My Dad said he’d made macarons. Expectation vs reality. Still tasted divine though” 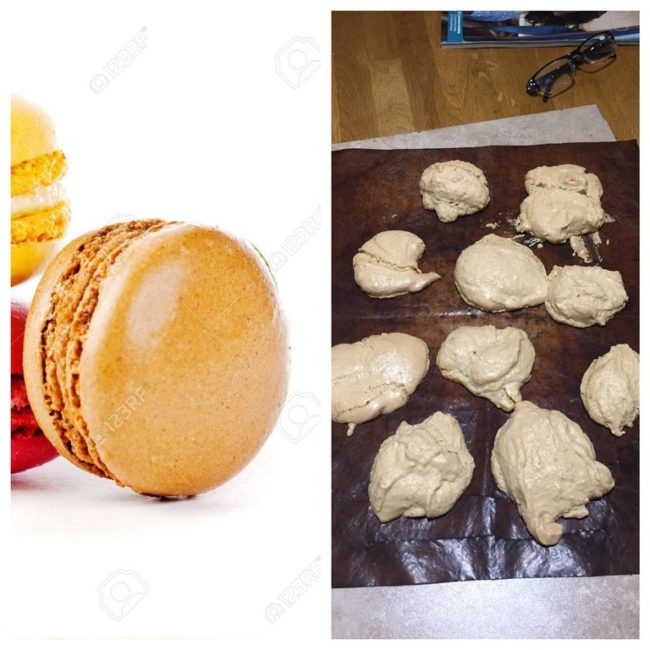 12. Why are pandas so hard to pull off? Think you can get this one right? Here are the original instructions. 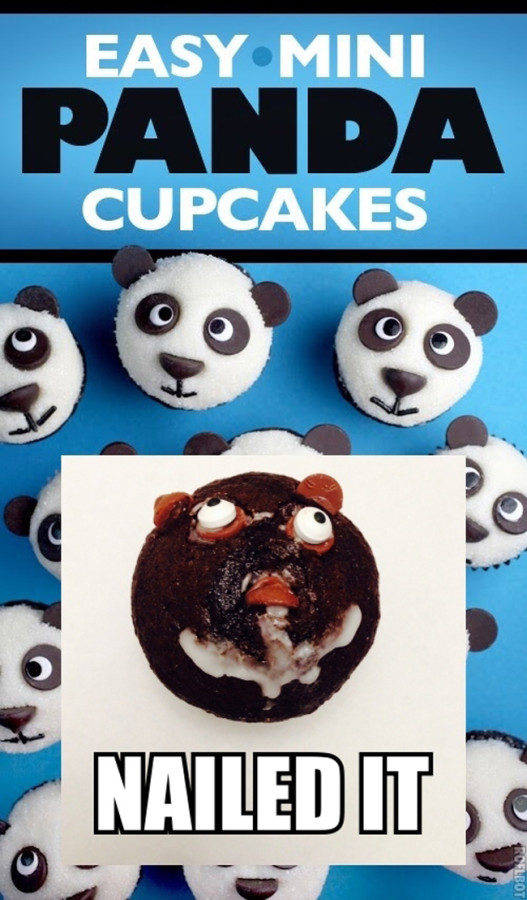 13. “This is what happens when you don’t vaccinate your cookies.” 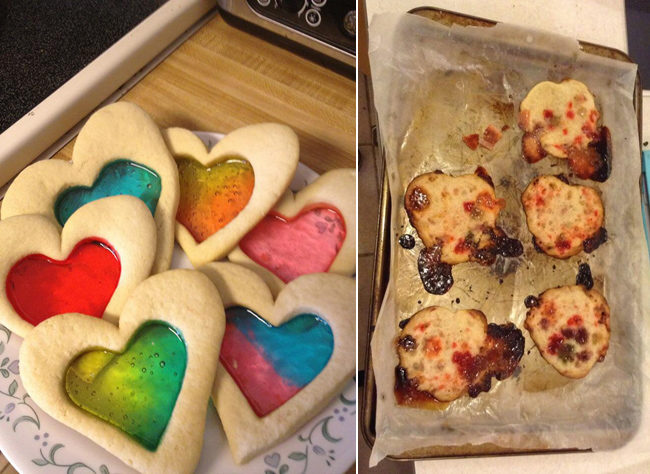 14. Hey, let’s not discriminate against fries of a certain age.

15. “Ordered a birthday cake for my niece.” Well… hopefully she’s too young to remember.

I totally empathize with #4. Which one was your favorite? Sound off in the comments!