He Created A Sculpture To Honor Victims Of Violence, But The Government Isn’t Happy

Back in April, the Metropolitan Police, Britain’s largest police force, reported that knife crimes had increased by 24 percent over the last year.

Knife-related violence has become a growing problem in the U.K. that needs to be addressed by their government and educators. That’s what inspired artist Alfie Bradley to create something that would bring some much-needed attention to the issue.

With the help of the British Ironwork Centre in Shropshire, England, he spent two years designing and building his monument to victims of knife violence — a 26-foot-tall angel sculpture made out of 100,000 knives. 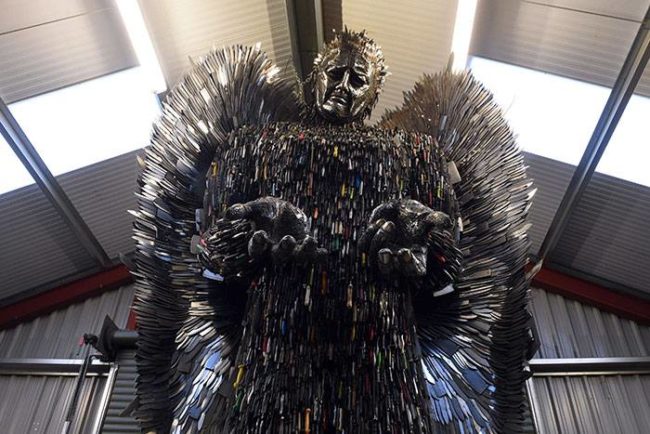 The British Ironwork Centre created 200 banks as part of their “Save a Life, Surrender Your Knife” program, to which people anonymously donated their knives and weapons. 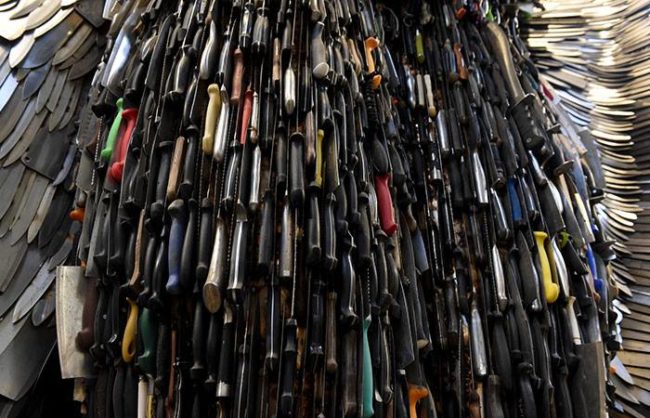 Police forces also donated knives that had been used in violent crimes across England and Wales. Some families of the victims even inscribed their names on the blades. 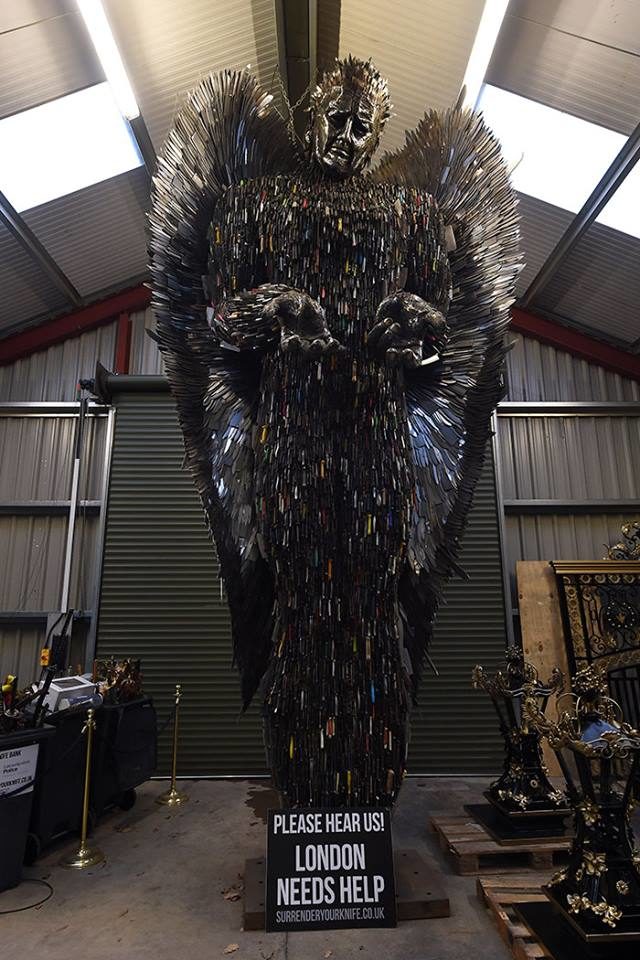 After cleaning and blunting the knives, Bradley welded them one by one to the sculpture and used blades to shape the wings. Now that it’s complete, he wants to show it in Trafalgar Square in London to raise awareness about knife violence. However, he hasn’t yet been successful at getting permission to do so. 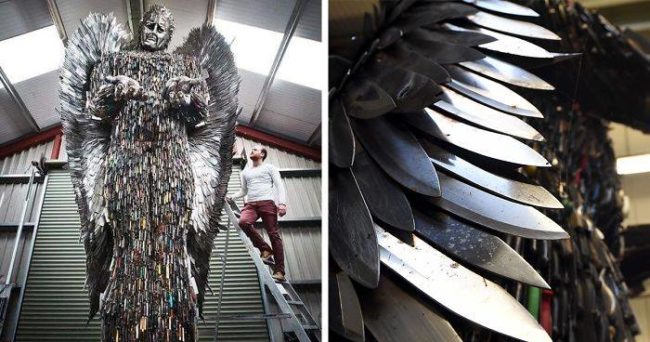 “The Mayor’s Office govern Trafalgar Square and currently they have said it does not project Britain in a good light and it is bad for tourism but the door has not been closed,” Clive Knowles, the founder of the British Ironwork Centre, told the Nottingham Post. “It is the only national monument against violence that has been created by every police force.” 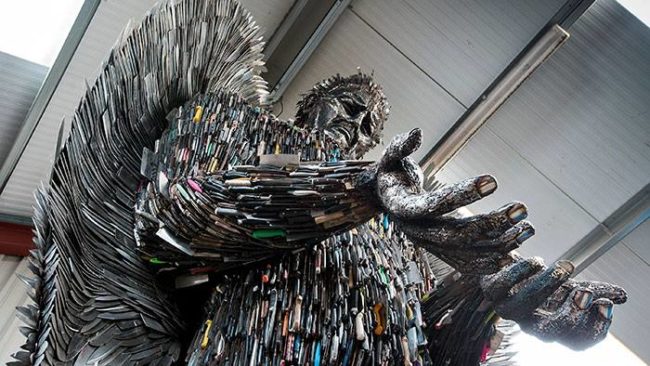 Bradley is very passionate about making a difference with his creation, but he’s been forced to keep his knife angel sculpture in storage in the Ironwork Centre’s car park. 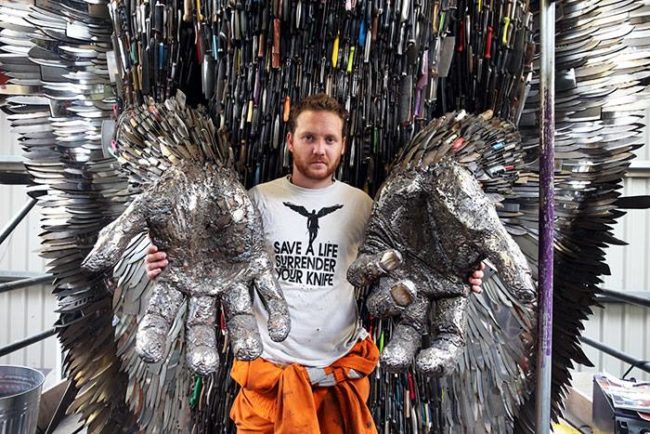 If you’d like to support Bradley’s efforts to put the sculpture in Trafalgar Square, you can sign the petition here. You can also keep up with the campaign on Facebook.