If you’ve ever used Tumblr, you probably know that it’s a mind-bending chasm full of thoughts that you never wanted to have. (It’s also home to some seriously disturbing fan fiction, but that’s beside the point.)

It’s essentially a one-stop shop for statements that will make you question your place in the world…and make you wonder why people have so much free time. For your viewing pleasure, we’ve gone ahead and rounded up some of the best posts that call the Internet home.

1. Tumblr can’t even let us have birds. 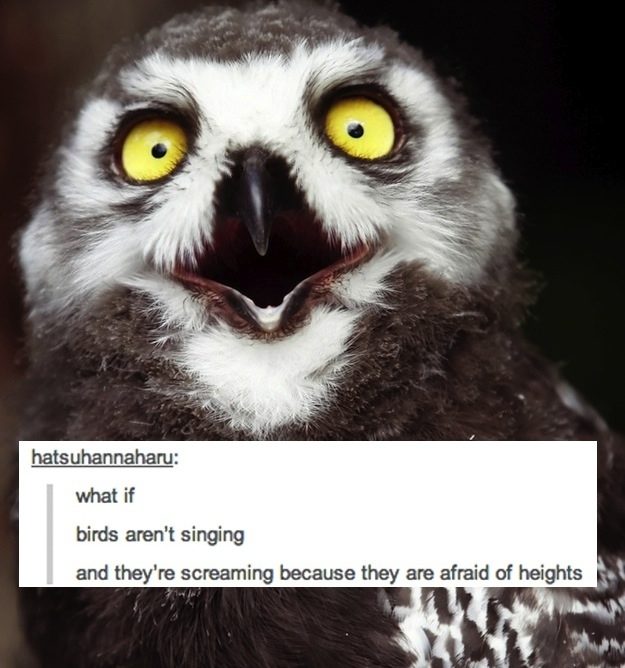 3. This nonsense is about to ruin your day! 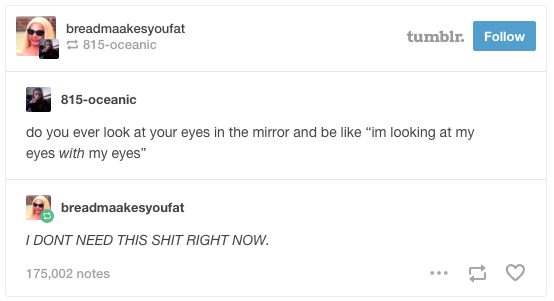 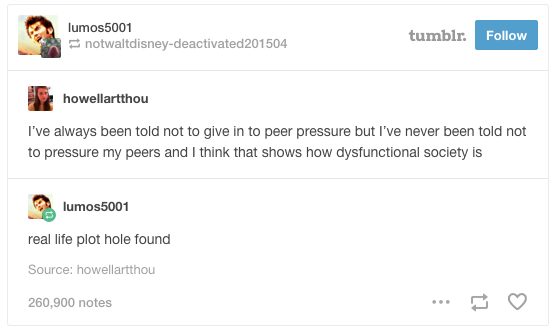 5. There’s nothing quite like ruining the most universally enjoyed activity of all time. 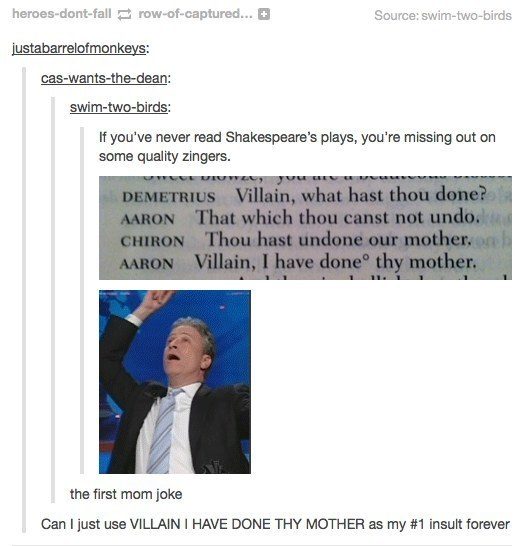 8. “Just making my death pouch. Nothing to see here.” 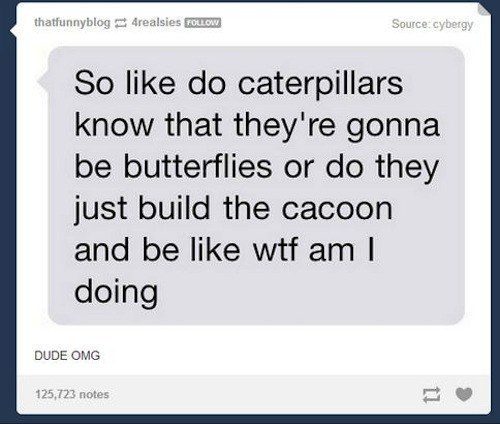 9. How is this language even a thing? 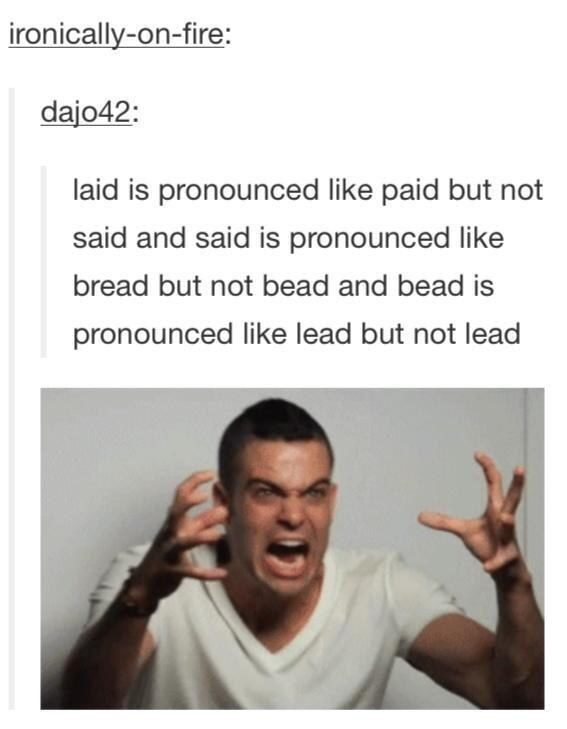 10. Never has a yam caused so much unrest. 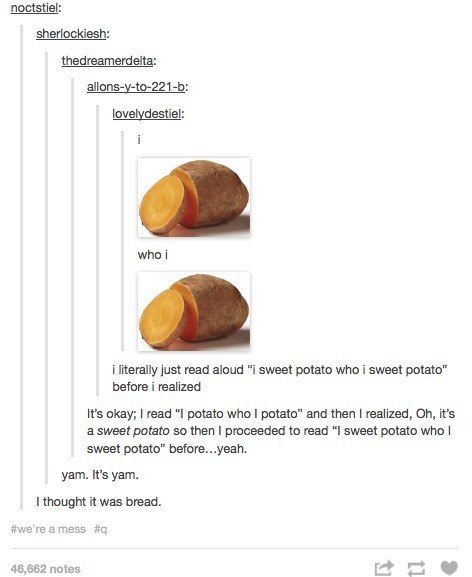 11. For those craft-related disasters. 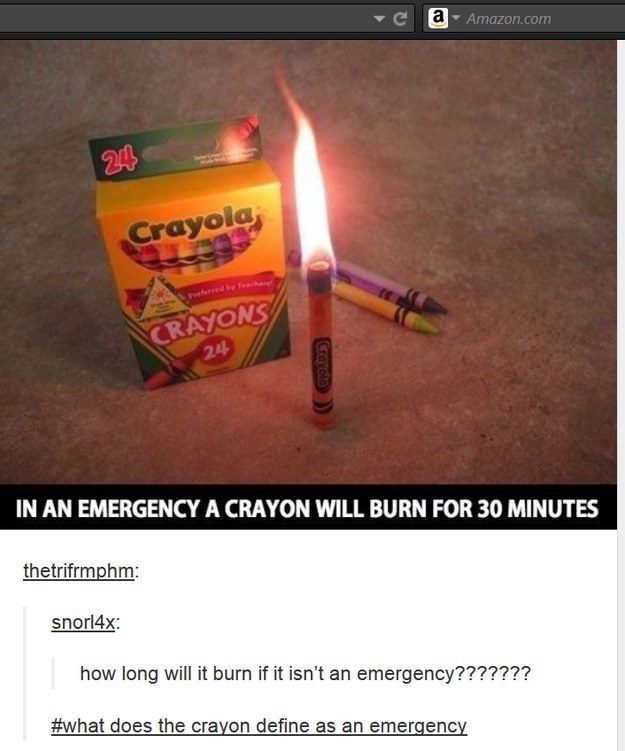 12. Walk into your next meeting, ask your coworkers one of these questions, and say nothing for the rest of the day. 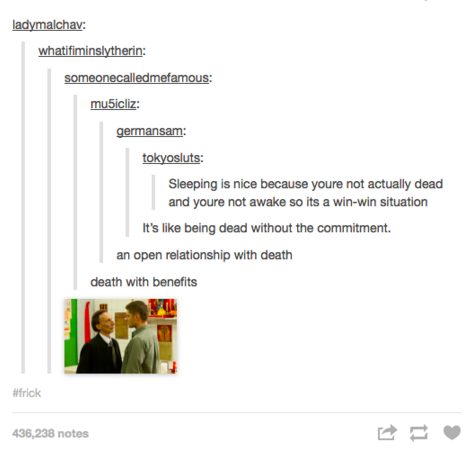 14. I want to kiss this person right on the face. 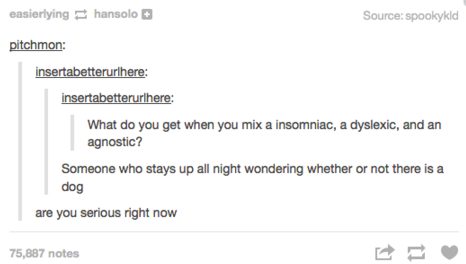 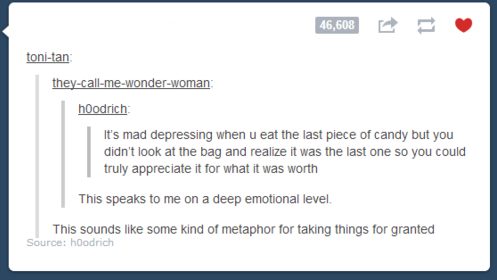 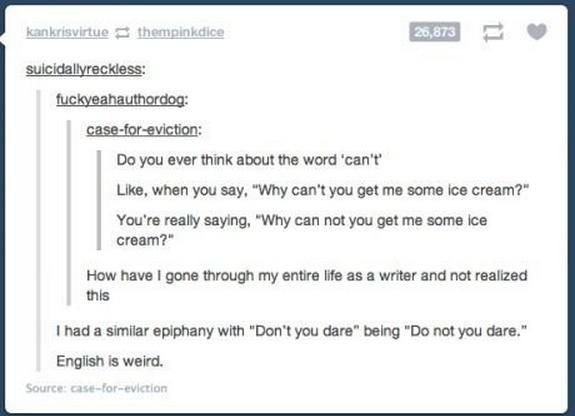 18. If you need me, I’ll be pretending that the Internet doesn’t exist.

So there you have it, folks. Just in case you didn’t already think that life was the worst, now you know. Thanks, Tumblr! You’re always looking out.