If The Sound Of Chewing Makes You Rage, You Might Be A Creative Genius

My mom always likes to tell a story from my childhood, in which I was so focused on whatever I was doing at the time that I’d completely blocked out my surroundings.

Mom claims she’d called my name several times with no response. If I didn’t recall this particular memory, I’d probably tell you I was just ignoring her, but I clearly remember being so zoned out that I really didn’t hear her. This happened quite frequently back then.

I’ve carried this quality into adulthood, which can be pretty embarrassing when others are trying to catch my attention. Still, I’m fairly sure that if someone was eating and chewing nearby in a similar situation, I’d hear it and freak the hell out in disgust because I have misophonia, literally meaning”hatred of sound.”

The condition is defined as a very strong reaction to specific sounds, including chewing, licking, slurping, swallowing, breathing, and other annoying noises. Personally, I cannot stand hearing the former three. It sets me off like no other. That’s why they’re known as my “trigger sounds.”

While the condition gives sufferers a mostly negative experience, as they’re constantly cringing in response to the mouth-breathers around them, there may be one positive thing to come from it, according to historians and scientists.

Geniuses such as Charles Darwin, Anton Chekhov, and Marcel Proust were all said to have worn earplugs while they worked, with the latter lining his bedroom with cork to block out sounds. 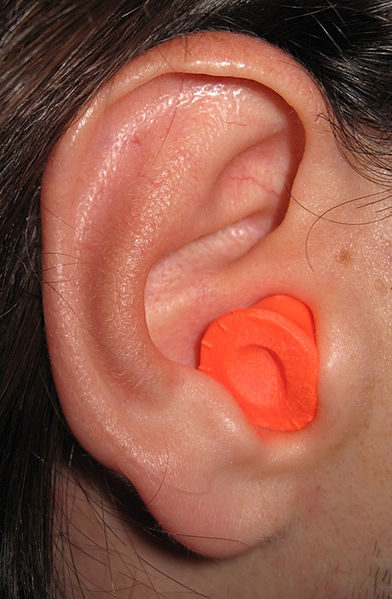 What’s better is that in a study involving 100 subjects, researchers from Northwestern University found people who had trouble filtering outsensory information were more likely to be creatively talented. So there’s that, at least.

Maybe I’ll have to consider changing my career path and pursuing something in the arts. If the results of the aforementioned study are true, God knows I’m “creatively talented” enough.