She Went To Her House To Babysit Her Kids. The Note She Found Made Her Die Laughing!

Handing over the reins to a babysitter can be a difficult task for any parent.

You want to ensure that your children are in capable hands, but you also don’t want to seem like too much of a helicopter parent by making crazy demands. While some parents leave a list of emergency contacts and other vital information, one mother has clearly been around the block one too many times. The note she left for her kids’ babysitter is just way too good for this Earth.

When Malik Brazile’s girlfriend arrived at the home of a new client, she quickly noticed a rather lengthy list of rules. When she sent him a photo, he couldn’t wait to share the hilarious requests with the world. 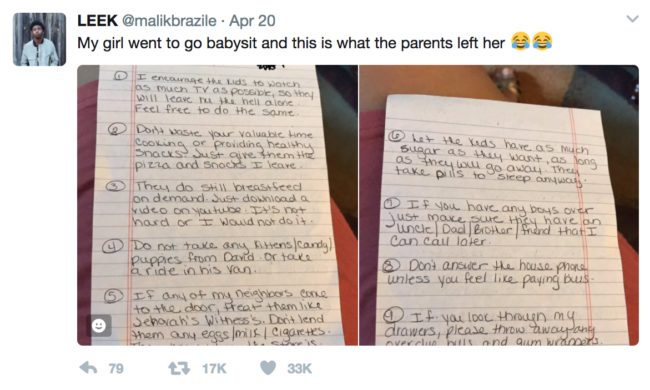 This mom certainly has an epic sense of humor, and we think she definitely deserves a break if this funny rant tells us anything about her stress levels. 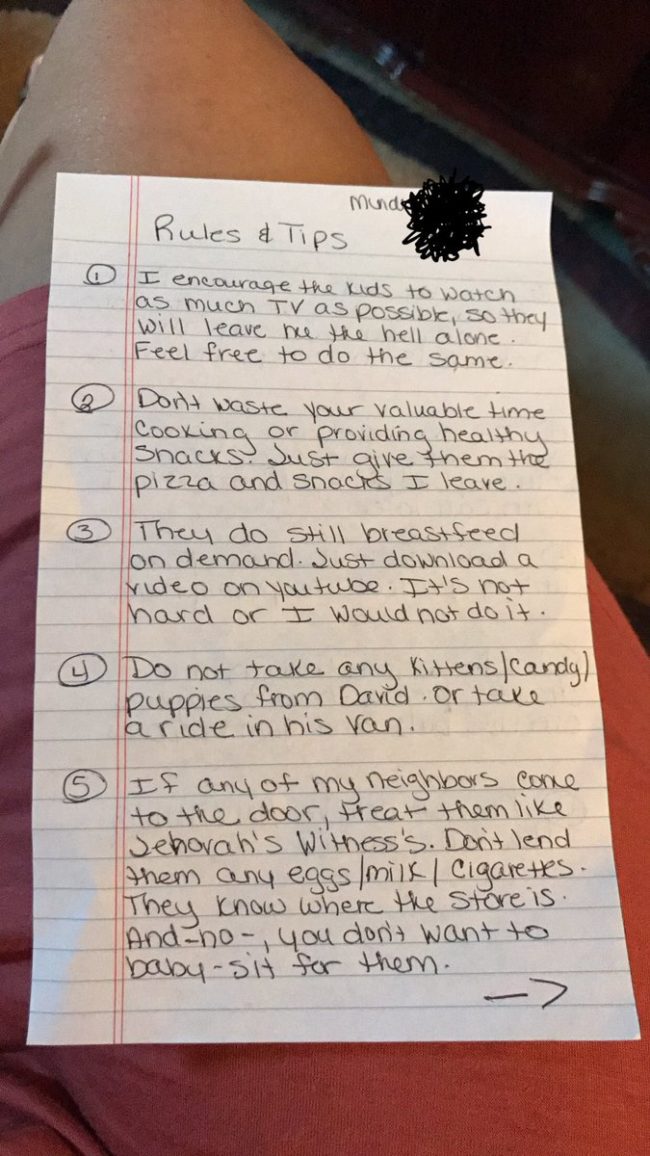 Not only is this mom looking for a Sugar Daddy, but she’s willing to let her children have all the sweets they can handle. 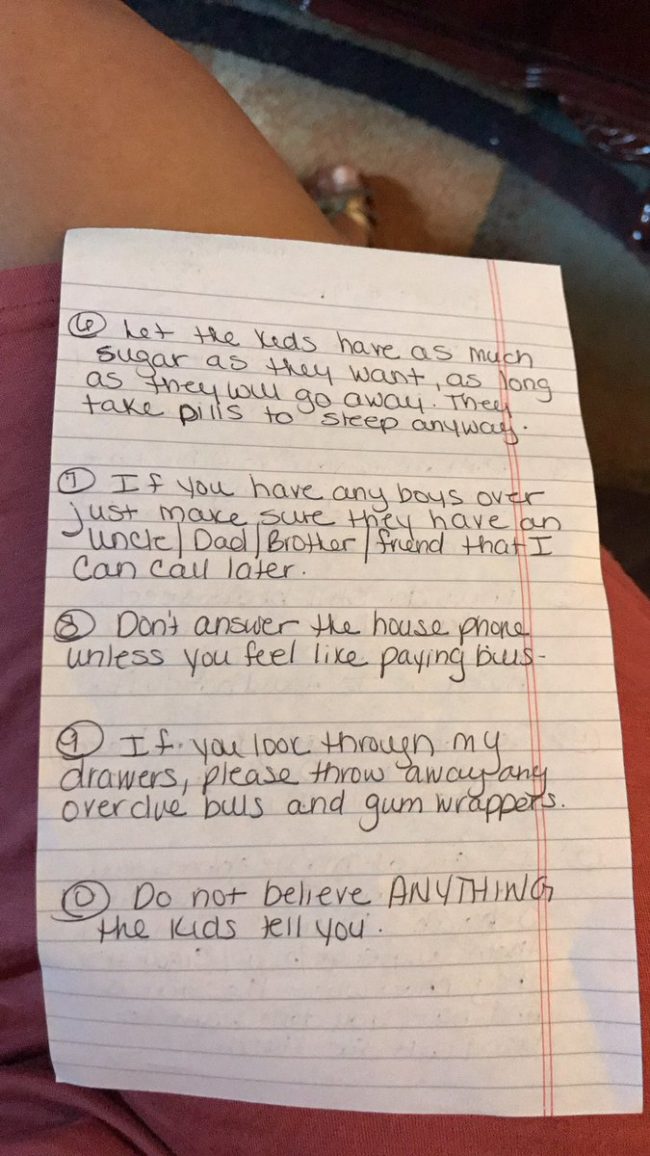 After being retweeted and favorited thousands of times, the internet can’t get enough of this mom’s unconventional wisdom.

Joke or not, I’m still laughing.

This woman has it all figured out. These kids are definitely Benjamin Buttons!

Do I need to attach a cover letter to my resume?

I bet you’ve never seen babysitting guidelines quite like this. Share this hilarious list with parents who will appreciate this mother’s hilarious approach to dealing with the kiddos.