Sometimes I think I’ve reached the limit of people’s stupidity, but something always proves me wrong.

It’s admirable to help lost or stray animals you find while going about your daily business, but it’s pretty important to know the difference between the domestic and wild critters wandering around outside. One woman on Facebook recently claimed she had taken in a “cat,” and the internet was stunned when she posted the picture.

“Found Lost cat Panhandle near Hudson Trail,” she writes. “He was a little dirty so we are cleaning him up.” And that’s cute and all, BUT IT’S A MOUNTAIN LION. 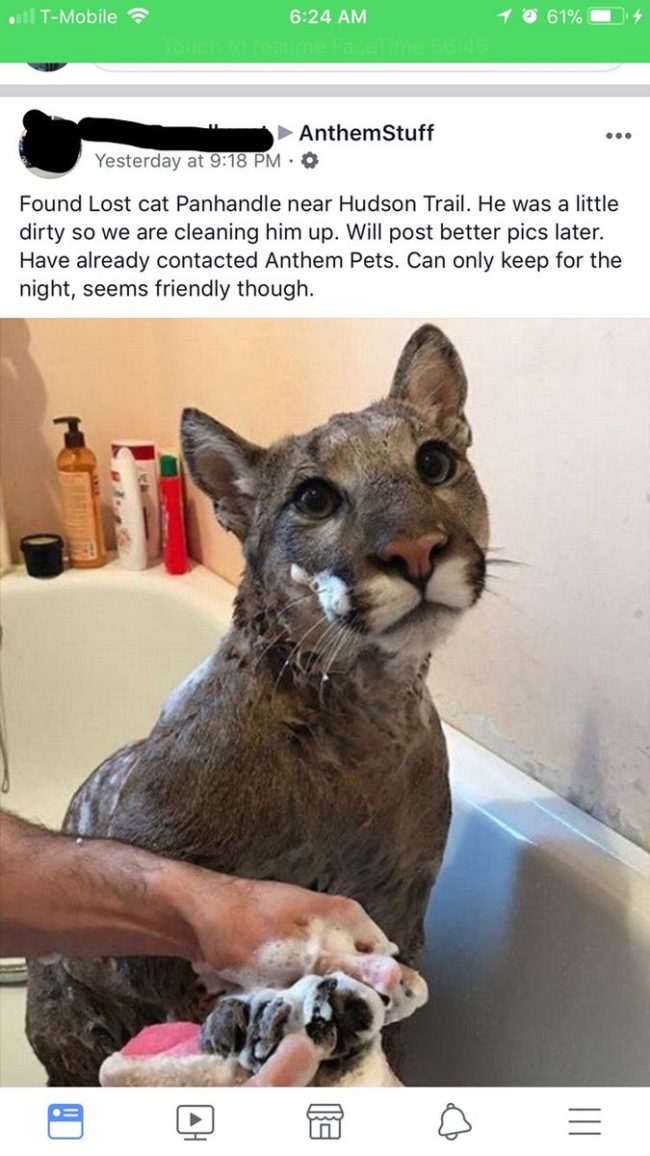 She kept up the ruse, posting a picture of the cat “looking sad outside” in the comments section of her post. Not all is as it appears, though. This is a prank that’s become common to copy and paste in areas where mountain lions live. The real one can be seen in this video from Russia. 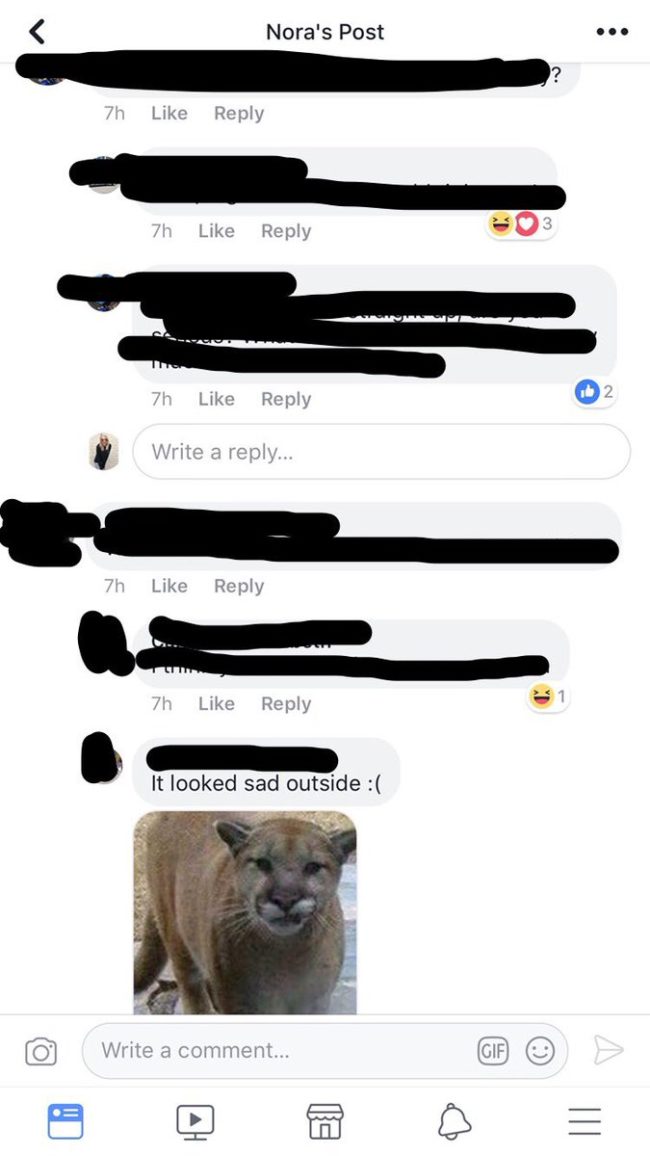 This is iconic. At least I can maintain my belief that people are usually not stupid enough to bring dangerous big cats into their houses at night. This prank is getting big laughs. Would you post it to see what your friends and family would say? Let us know in the comments.