This Is Definitely Not What You Want To Find In Your Fast Food Meal. Nasty!

When it comes to eating fast food, sometimes you get way more than you bargain for.

The general concept of fast food chains such as McDonald’s or Burger King is to turn over large amounts of food in almost no time at all. So while going though the drive-thru lane may save you time throughout the day, it also opens you and your family up to the possibility of some less-than-stellar food surprises. Speedy prep times can open up a larger margin of error for employees, meaning that if it gets you in and out the door in as quick a time as possible, they don’t care what happens to your food.

And while that women who found a finger in her chili might have faked her findings, there are plenty of nasty fast food finds that are more fact than fiction. Before taking a bite of your favorite burger or chicken sandwich, you might want to do some investigating to make sure there aren’t any surprises waiting.

Here are some of the nastiest fast food finds that are sure to spoil your appetite.

1. Devorise Dixon was eating at a California KFC when his tenders seemed a bit more rubbery than was to be expected. Upon further inspection, he discovered something that looked like a deep fried rat. When confronting the manager, Dixon was offered a free meal, which he turned down, taking the rat with him to talk to a lawyer. 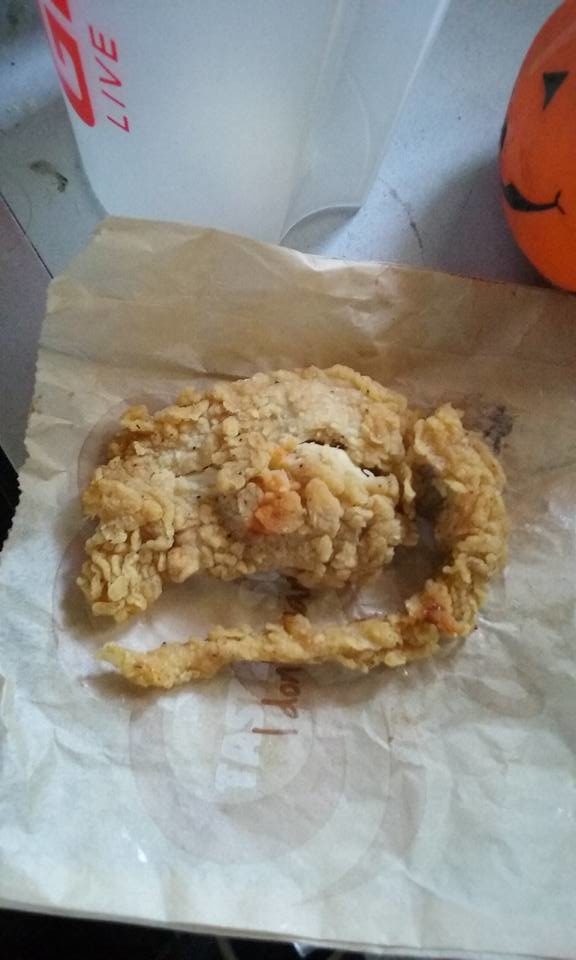 2. A man at an Oregon Subway was served an extra serving of protein when a dead rodent was discovered in a handful of spinach topping his cold-cut sandwich. Luckily, workers noticed the critter before serving the man his sandwich. After an investigation into the incident, it is believed that the rodent was sealed inside a recently opened bag of spinach. 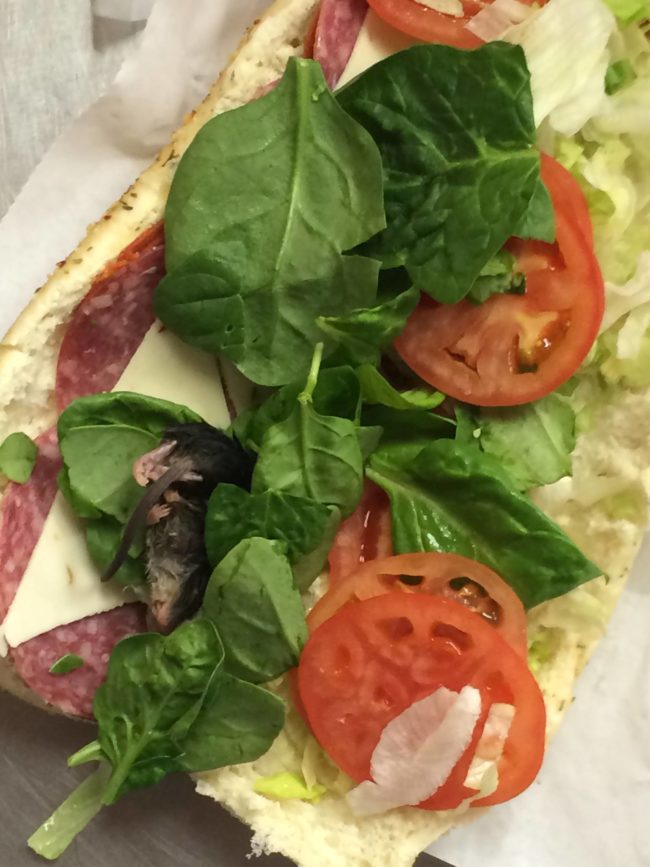 3. After a man in Thailand discovered several leg-like objects floating in his McDonald’s coffee, he returned the cupfor another one. After his replacement cup of coffee returned the same creepy critters he took to social media to discuss his disgust. The company later released an apology letter confirming that there were in fact cockroaches in their coffee pots. Great. 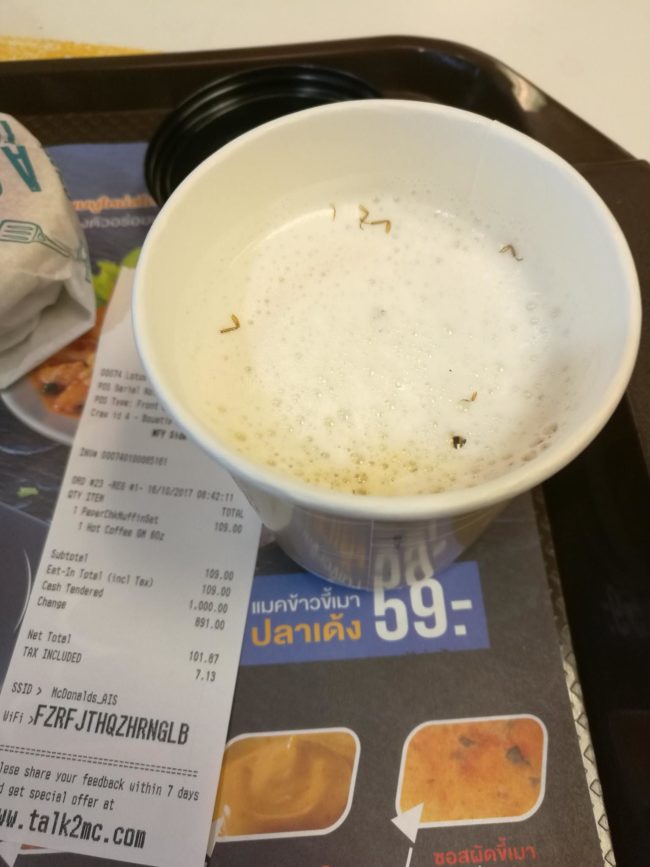 4. In 2008, A Subway customer discovered that the chain was trying to help him cut out the fat from his diet when he discovered a sub-cutting knife baked into the bread. The man went on to sue the company for $1 million. 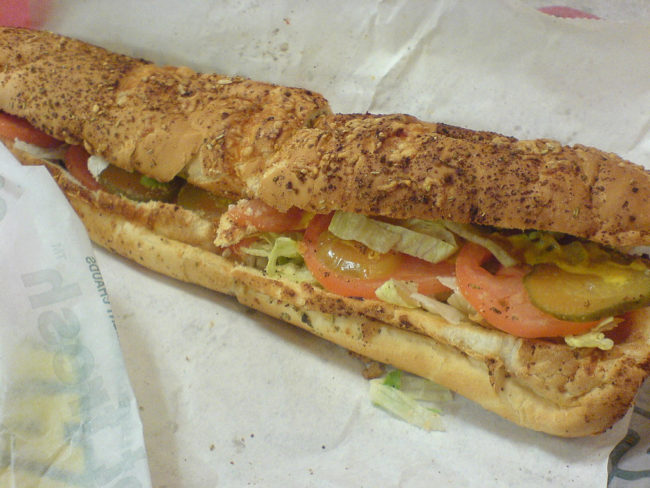 5. While taking a few sips from his In-N-Out milkshake, a California man began feeling a bit ill. He later noticed that inside the bottom of his cup were two small capsules. After having the pills tested, it was revealed that the pills contained meth.

6. When a woman from Queens stopped by her local Burger King for a quick and easy breakfast, it didn’t take long for her to find a needle in her haystack. A syringe needle was discovered inside her bun, leading the woman to sue for $11 million in damages. 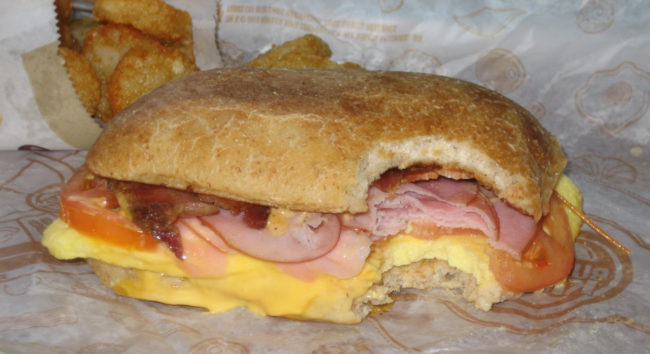 7. You might want to think twice before visiting your nearest KFC/ Taco Bell joint restaurant. A Louisville woman noticed smears of human blood outside her taco wrapper, as well as on her taco shell. The restaurant later confirmed an employee had cut her finger while preparing the woman’s food. 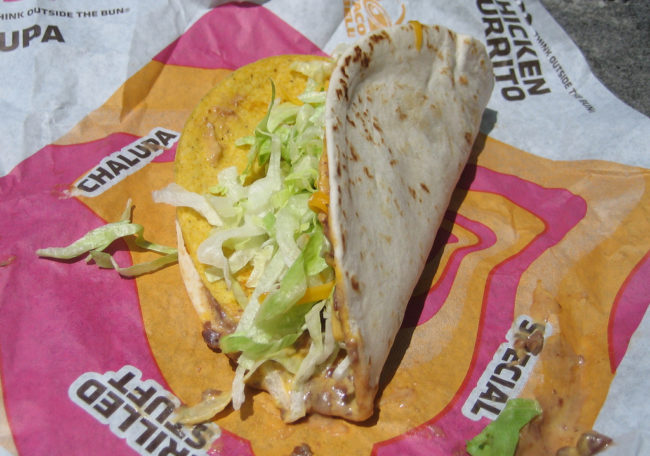 8. We may have discovered the real reason McDonald’s wings are only a limited edition item. In 2000, a Virginia woman was getting ready to dig into her box of wings when she unveiled a fully-breaded chicken head. Oops! 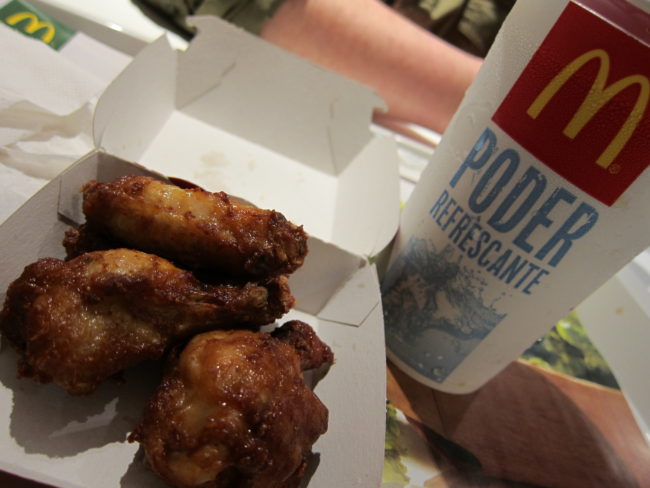 9. After coming to the conclusion that his Whopper seemed particularly chewy, a Vermont man did some digging and discovered that a used condom was an added ingredient. At least we know somebody was using protection! 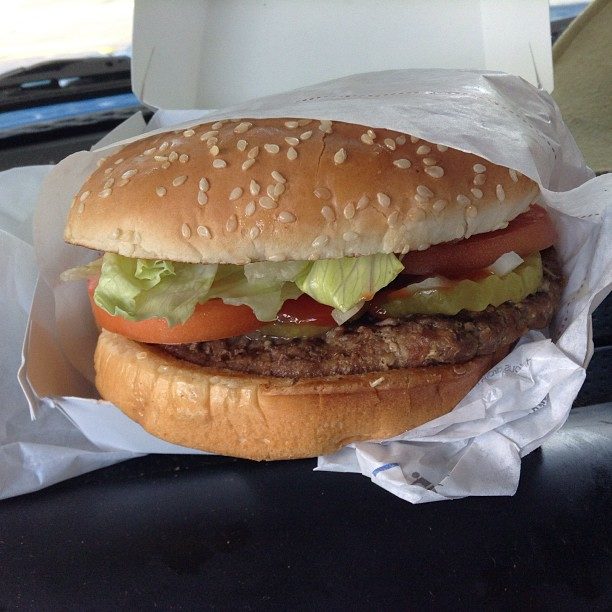 10. You might want to examine your next slice of pizza from your favorite pizza joint. A New York man was in for a surprise when he discovered a bloody Band-Aid stuck to the bottom of his Pizza Hut pizza. 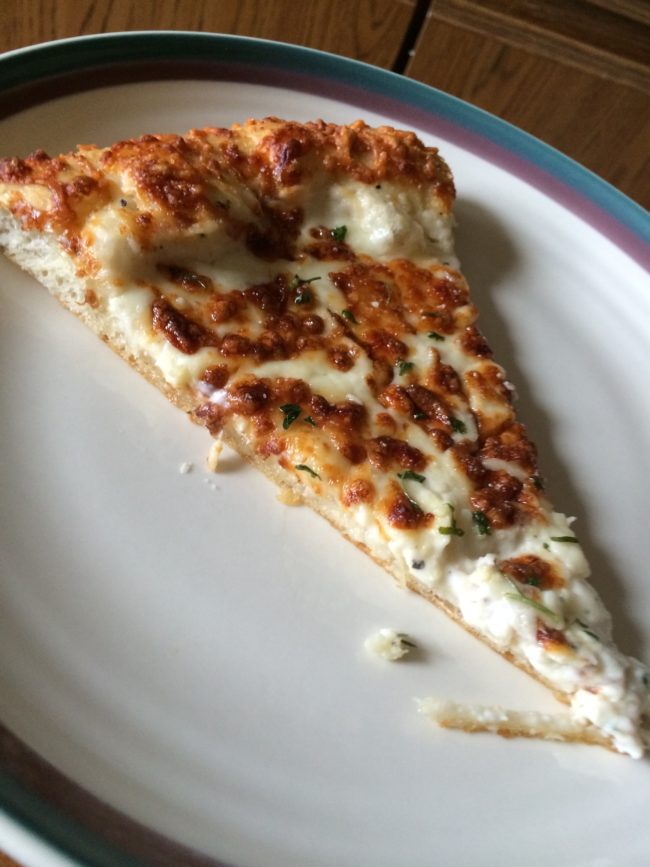 11. Arby’s may have the meat, but where exactly is that meat coming from? In 2005, a man eating at the chain restaurant discovered a patch of skin, fingerprint and all, inside his sandwich. When he confronted the manager, he noticed the man was nursing a recent finger wound. Coincidence? We think not. 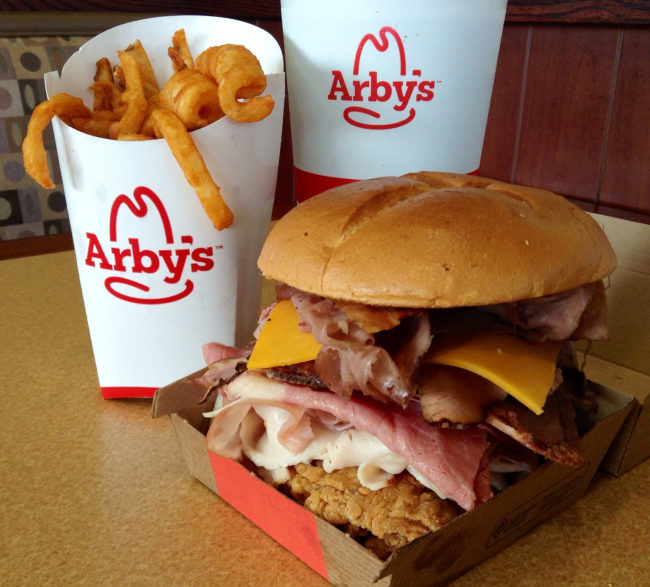 12. This man didn’t have to pay extra for a bit of extra crunch in his McDonald’s hash brown. After biting into the the crunchy treat, he discovered a deep-fried insect believed to be a cockroach. 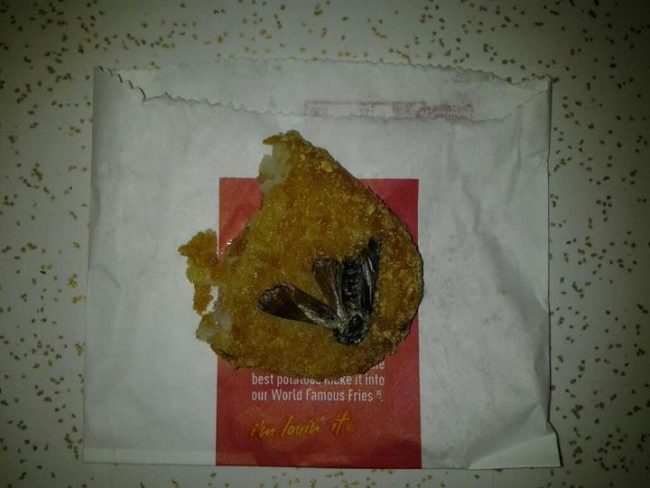 I’m suddenly regretting that McDonald’s run I made earlier today. What’s the weirdest thing you’ve ever found in your fast food order? Be sure to let us know in the comments.