People Discuss Why Nothing, Including Veganism, Is 100 Percent Cruelty-Free

One of the biggest reasons people adopt a vegan lifestyle is because they’re horrified by how animals in factory farms and testing facilities are treated. Many believe it’s the closest they can get to living “cruelty-free.”

That said, not everyone agrees that being a vegan means being completely cruelty-free. And they’re right — when you consider the child labor, forced labor, exploitation of workers, hazardous and extreme working conditions, lack of labor rights protecting agricultural workers, extremely low wages, and the killing of animals during harvesting involved in food supply chains, nothing is 100 percent cruelty free.

…as much as some vegans (the key word being some, not all) disagree. 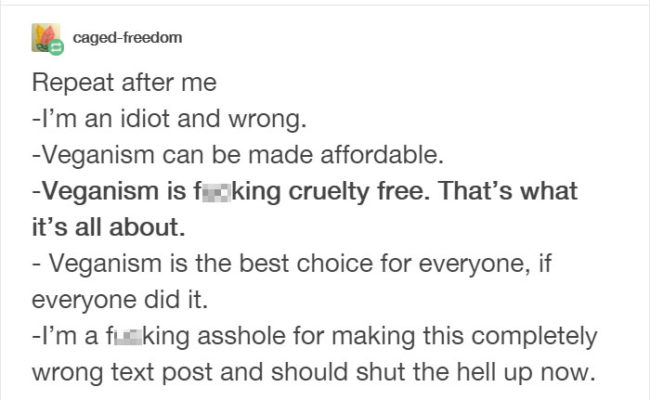 And there’s the fact that a plant-based diet simply isn’t doable for some people. 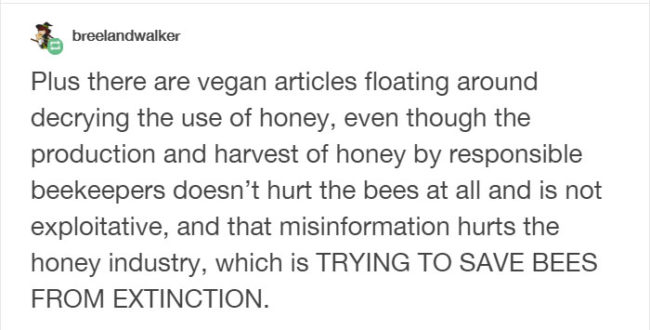 … and pointed out the all-or-nothing mentality that was also behind them. 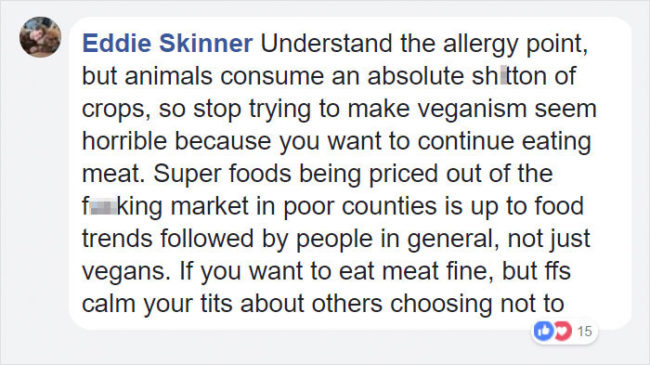 Others shared their own opinions regarding being cruelty-free:

Some vegans even joined the discussion, agreeing and explaining they want their lifestyles to do as little harm as possible.

I think the point here is to avoid enforcing your lifestyle or way of thinking over someone else just because you think it’s superior — and that goes for both sides. It should also be noted that just because someone is vegan, it doesn’t mean they think they’re perfect or better than anybody else.