Olivia Newton-John Shares A Heartbreaking Update About Her Health

The average person probably knows Olivia Newton-John from her iconic role as John Travolta’s love interest in the classic film Grease. Others may know her from her singing career. Nowadays, she is becoming well known for the valiance that she is displaying in the face of her battle with cancer. This is not her first battle with the disease and unfortunately, she has become accustomed to these sorts of fights.

She had gone into remission and believed that the worst was behind her. Sadly, she realized that she was not out of the woods just yet. The back pain that she was experiencing was initially chalked up to sciatica but she would soon realize that her problems were actually much worse. The cancer was actually in the metastasizing process. It had now made its way into her sacrum.

Olivia was stunned to find out that she was going to have to beat cancer for a second time. In her mind, the fight was over and she was ready to continue living a cancer free life. Unfortunately, fate had something else in store for her. She is the type of person who believes in maintaining a positive outlook no matter what happens and this is an approach that is certainly going to serve her well.

She is not someone who allows herself to be swayed by statistics and she believes that she is going to be just fine. Having the right mind state during these sorts of occurrences is just what the doctor ordered. As someone who has already won this battle once before, Olivia Newton-John is also aware of the importance of embracing alternative treatment methods. 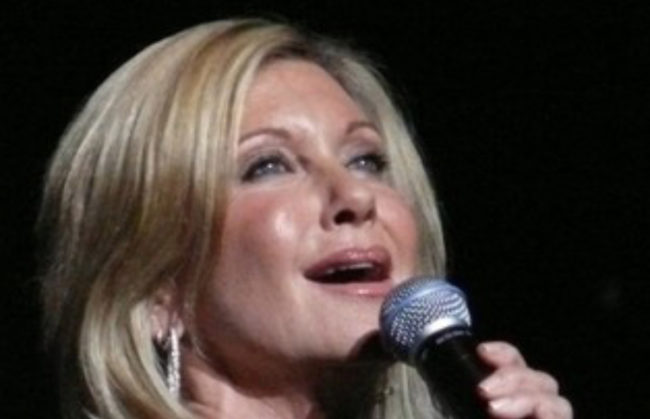 Medicinal marijuana has been instrumental in her treatment process and she is trying her best to remove the stigma that surrounds it. She is not sitting around smoking joints and getting stoned. She utilizes this drug as a means of offering the relief that she requires. The marijuana that she uses is legal and helps her immensely with the inflammation that she experiences.

We are glad to see that she is receiving the relief that she needs and she is also remaining active on stage. Not only is she still performing for all of her biggest fans but she is also using her platform to raise money for a good cause. Even during her most trying time, she is raising funds for victims of the California wildfires. Please pass this inspirational tale along to the people you love most.