A group of friends and amateur cyclists thought they were enjoying a week’s vacation riding across South Africa, but one flightless bird had other plans.

Oleksiy Mishchenko and his pals were warming up on the Cape of Good Hope as they prepared to conquer the Cape Argus Bicycle Tour. With nothing but the landscape to keep them company, Mishchenko noticed something unusual out of the corner of his eye. A pair of ostriches were wandering around the side of the road when all of a sudden, the biking dudes heard some not-so-nice screeching.

Mishchenko and his friends were pacing themselves along the cape when one of the ostriches decided to tag along for the ride. 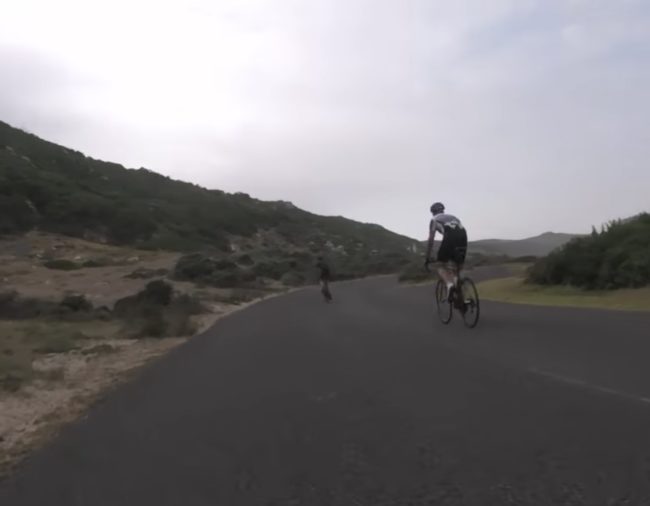 The massive bird chased after the men as they tried their best to outrun it, but their efforts appeared to be futile. Those things are FAST. 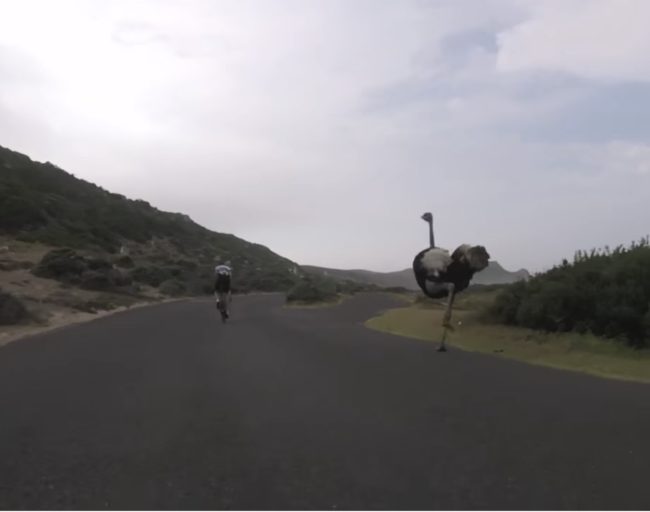 Why did the ostrich cross the road? To chase after some innocent cyclists, obviously!

I think I need to find an ostrich to help motivate me to get to the gym. Imagine how pumped up I’d be with a large, terrorizing bird chasing after me. The screeching really just drives it all home.