When The Going Gets Tough, The Tough Get Super Duper Petty

Common wisdom says that when we’re wronged we should take the high road and not fight back.

That’s a pretty great ideal to hold ourselves to, but let’s be honest. It’s not always possible. Sometimes our pettiest impulses take hold and we just can’t help ourselves. For those special times in life, Reddit has a place that hold all those incredible stories: Petty Revenge. If you don’t want to go digging yourself, however, we’ve found 12 of our favorite stories of people getting paid back for their slights, and you’ll laugh out loud by the end.

1. User rosie_the_rivetng, who was working on staff at a local newspaper, told the story of an old woman who hated children so much she bought the town parks up just to close them. Needless to say, she wasn’t very close with her own kids, so when the woman died, someone at the newspaper had to write her obituary. Knowing that the woman lied about her age to appear younger, rosie made a “typo” listing the scrooge as 99 years old.

2. When an RA named Beth got on the bad side of her fellow resident assistants after a prank involving saran wrap, they decided to fight back. The saran wrap victim and jeagle101 had heard Beth talk about missing the beach so often that they decided to cover her room in 600 pounds of sand. They carried it in, 50 pounds at a time. 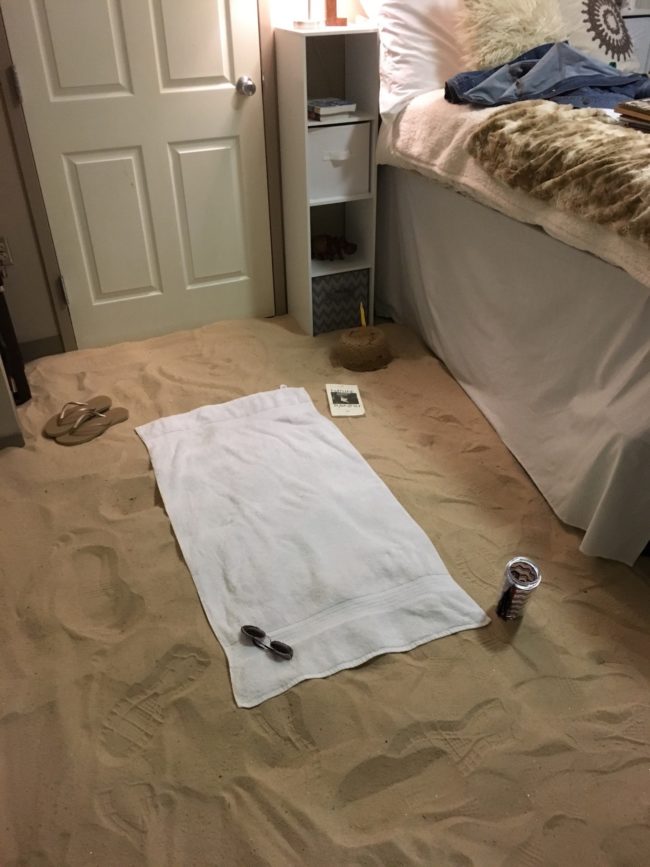 3. After a long night at a wedding with an open bar, Delta_Princess and her boyfriend got a phone call from some friends accusing the boyfriend of stealing $4000 from their car. The evidence? A white pocket knife was left behind, and her boyfriend always carried one with him. The next day, the friends sobered up and found the money. When these two clowns eventually got married, Delta_Princess had the perfect wedding gift in mind: a white pocket knife and $4000 in Monopoly money.

What is this Monopoly money for? Find out tonight at reConnect!! #bcit #reconnect2017 #spacekraft #bcitbma #networking #monopoly #monopolymoney

4. I_Arman shared a story from his father about a braggart boss who got a new car. Every few days for a month, workers would refill his tank with a gallon or two of gasoline. This led to more bragging because the boss thought his car had the best gas mileage ever. The next month, they did the opposite, siphoning out a gallon every few days. The boss was so annoyed he stopped talking about his car completely!

5. When wanderingdev decided to rent an Airbnb, they didn’t know they were signing up for a roommate who wouldn’t turn out an incredibly bright light. Every time they wandered into the bathroom late at night, they’d be blinded. Sometimes the best revenge is simple: wanderingdev unscrewed the lightbulb just enough so that it wouldn’t work, knowing the roommate would be too lazy to fix it.

Read More: The 25 Most Epic (And Hilarious) Notes Ever Left In An Office

6. Sweetragnarok got a pretty sweet deal when she won a free birthday party at Dave & Busters, but it turned sour when her friend asked to make it a joint party. The friend made everything about her and asked for totally unreasonable demands, so Sweetragnarok took things into her own hands. She cancelled the party, to eat cake with the people in her life who truly mattered, and didn’t bother telling her “friend” there wouldn’t be a big night out.

Home away from home! #daveandbusters

7. Coworkers are the sources of many, many pet peeves. WaryBradshaw‘s office-mate sprays copious amounts of perfume while in their cubicles, so they decided to block her car in. Every day.

8. When a woman stole the washing machine tomytronics was using at the laundromat, he decided not to mention he’d already put bleach in the detergent slot. Yikes!

9. Pettiness is a theme among roommates, and living with someone awful encourages revenge. User dorothy_zbornakk had a roommate who wouldn’t do his fair share of the cleaning, even after they created a chore rotation. That’s when she and their third roommate decided to wash all of the dirty dishes and hide them in their rooms. They also showered at their gyms to avoid using any of the common spaces, and they let it get dirty until their slacker housemate decided it was time to get out the cleaning solution.

10. Triforce-Kun went to visit her boyfriend in southern California, and it was particularly scorching. Behind her, she heard two young women who assumed because of her dark skin that she didn’t speak English, but they said she was the one to ask for directions because “fat girls are nice.” Eventually, her boyfriend gave them directions. He must have overheard the insults, because he sent them walking, while Triforce-Kun hopped on a cool, air-conditioned bus with him, passing them by.

11. When someone down the hall at college had an alarm clock that he let beep for hours on end every week, gayforager first took the logical route and had security unlock the door. Eventually, however, security wouldn’t handle the problem any longer. That’s when he and a band of others from the hall annoyed by the clock gathered talcum powder. They poured it on a newspaper and slid it under the door, depositing the powder until they had run out. Then they took a hair dryer and blew it through the slat. The whole room looked “like Narnia,” covered in “snow.” They never heard the clock again.

12. Much like roommates, neighbors can be the source of many petty gripes. YourWebcamIsOn had two such neighbors who would leave their trash festering in the hot sun all week long, sending pests like ants straight into his house. One day, he got fed up and tore open all the trash bags, leaving the rancid waste in their entrance. When he got back, he saw them cleaning. They blamed it all on a racoon and vowed to never leave their trash out again.

I can’t stop laughing! The pettiness is strong. Which of these would you have done? Let us know in the comments, and be sure to share these stories with the pettiest person you know.