I’m a huge fan of harmless pranks that get everyone to laugh.

It can be fun to prank unsuspecting family members who are just begging to have their legs pulled. One pair of sisters took a look at the pictures around their house and thought they could do something truly hilarious to mess around with their parents, so they started swapping them out. With what, you ask? Almost identical pictures of their dog dressed exactly how the photos’ human subjects were in the originals.

Here the pup, whose name is Dixie, is graduating with distinction. 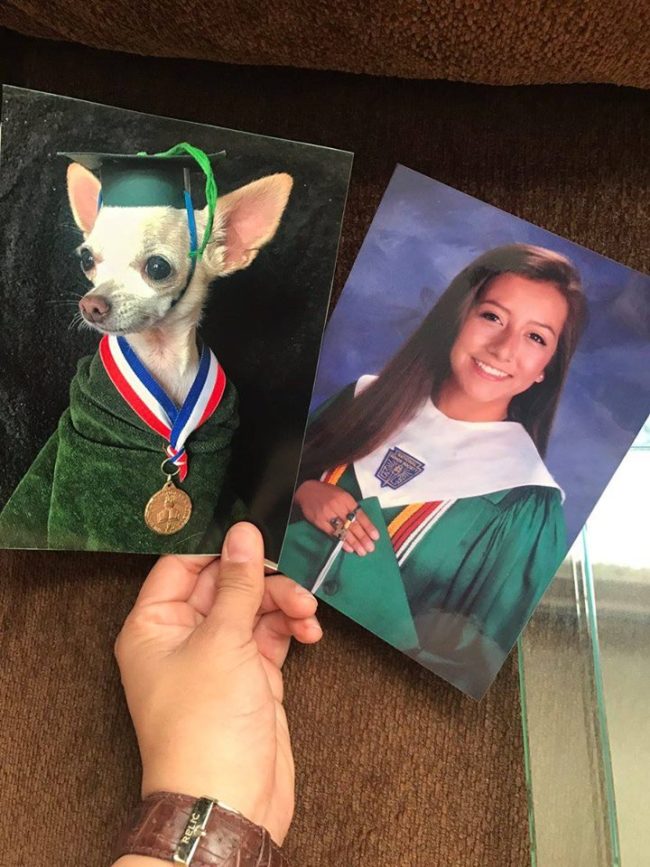 Old photographs were fair game, too, with this image of their grandmother getting a puppy redo. 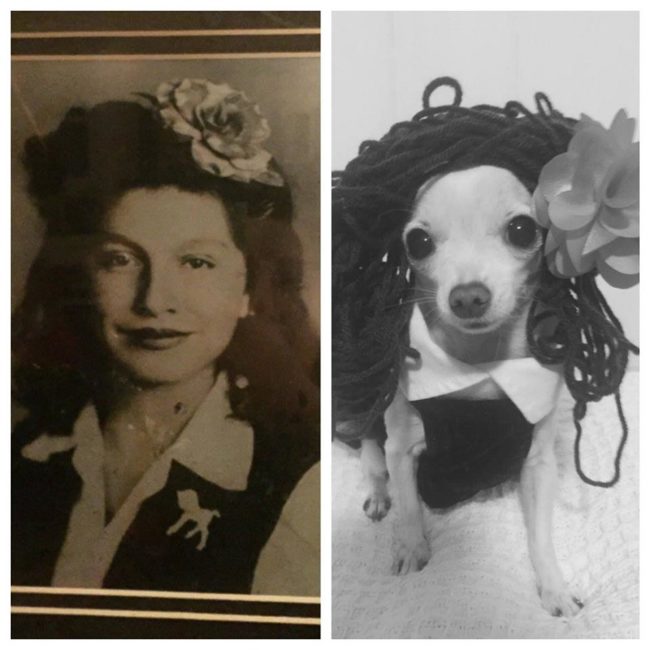 Here Dixie even has the head-tilt down, matching the photo as much as possible. 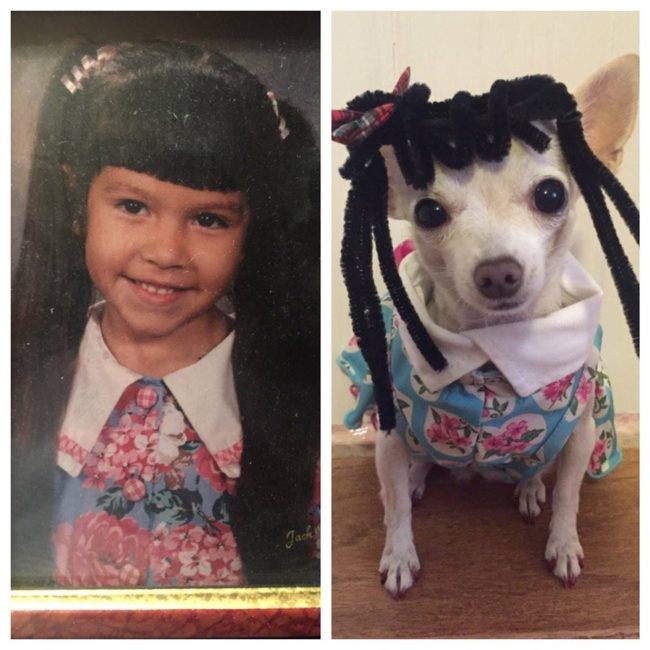 It took weeks for their mother to find the pictures, discovering them while they had company over. 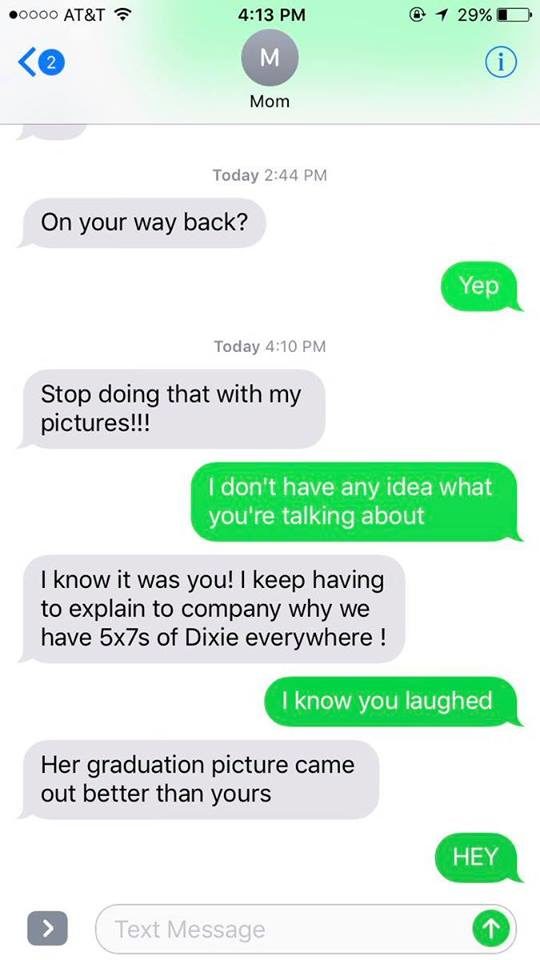 Here’s the full story from Love What Matters:

It all started one afternoon when my sister and I were home on the couch. We started looking around at all of the pictures our parents had of us and the family. My sister looked over at me and asked if I thought they went around and looked at all of these pictures when they missed us, or if I thought they would even notice if we moved them around. I saw the opportunity to have a little fun with them, (my family loves to joke around) and took it a step further thinking if I made the pictures similar at first glance, they might actually be hard to notice. So I started recreating the pictures with Dixie using little objects around the house and replacing pictures when my mom would be in the shower or left to go somewhere. It took her about 2 weeks to find the first set, which were my grandmother and my sisters kindergarten picture. Embarrassingly, she found those while company was over and knew immediately it had to be one of us playing a joke on her! It only took her about 2 days to notice the second time and that was Dixie in a graduation cap.

This is so cute! Do you think you could pull off this prank with your family members? Tell us about all the tricks you’ve pulled over the years in the comments and share this story with the victims of your schemes.