If there’s anything that can wake you up from a sound sleep, it’s the smell of your favorite food.

And while pizza tops the favorite foods list for many humans, it’s also on the top of the list for this Instagram famous doggo. This Frenchie has over 27,000 followers and every single one of them probably died after watching the adorable video of him sleeping his afternoon away only to wake up to the cheesy goodness of a slice of pizza.

The footage begins with Bluenjy catching some zzz’s, cuddled up with a pizza slice nearly as big as he is. 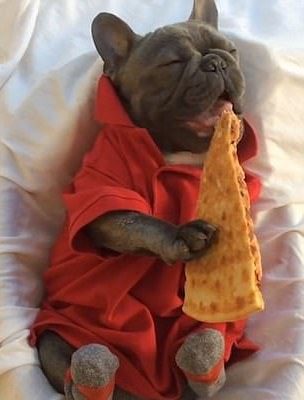 But after being awakened by the scent of the Italian dish, Bluenjy goes HAM on that pizza, eating it like a human would. 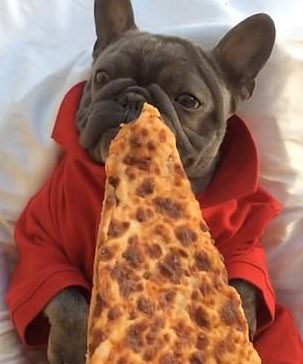 After just one bite, you can see the total bliss in Bluenjy’s eyes.His owner better have a second slice waiting for him!.