When I was in high school, I wanted to look amazing for my prom.

I did the whole thing, from tanning (which is totally bad for you) to acrylic nails to getting my hair done by a professional. That gets so expensive, though! It makes sense that with online shopping, young ladies would now turn to the internet to help find a great deal on a dress and save some dough. Instead, some of these girls are finding out that the formal dress market online is saturated with scammers. If a price seems too good to be true, it probably is. Check out some of these online prom dress fails below.

1. The difference in fabric between what was promised and what arrived is so offensive to my eyes. 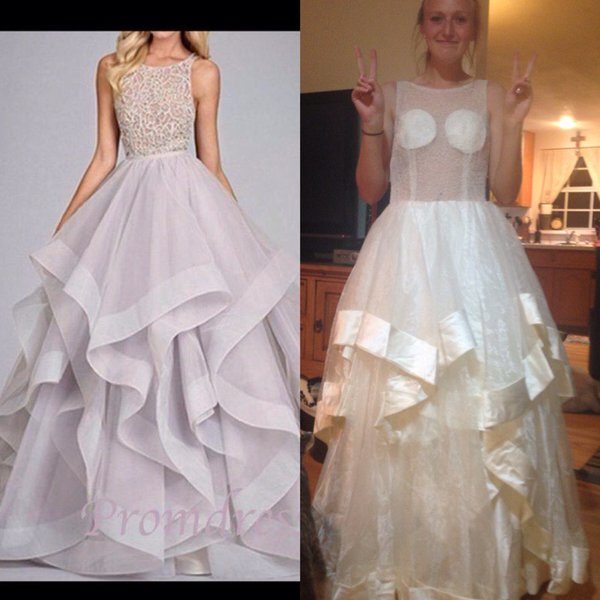 2. Polka dots are cute, but not when your look was supposed to be sequin chic. 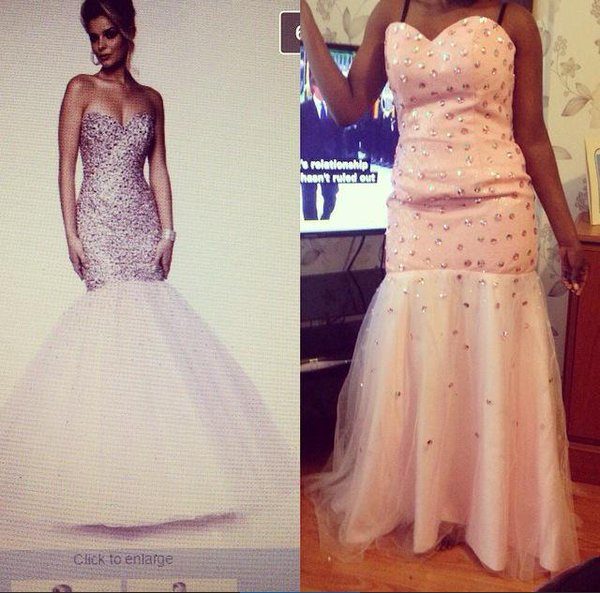 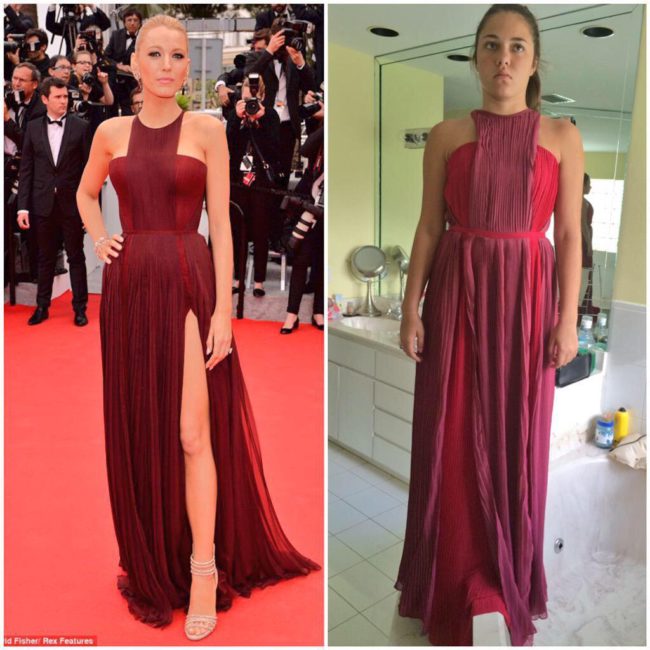 4. These… are not even the same dress. 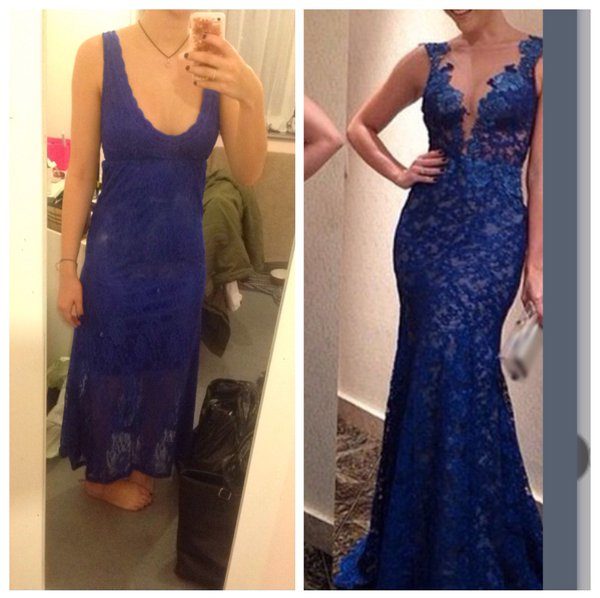 5. As with so many of these fails, the beading is totally off. 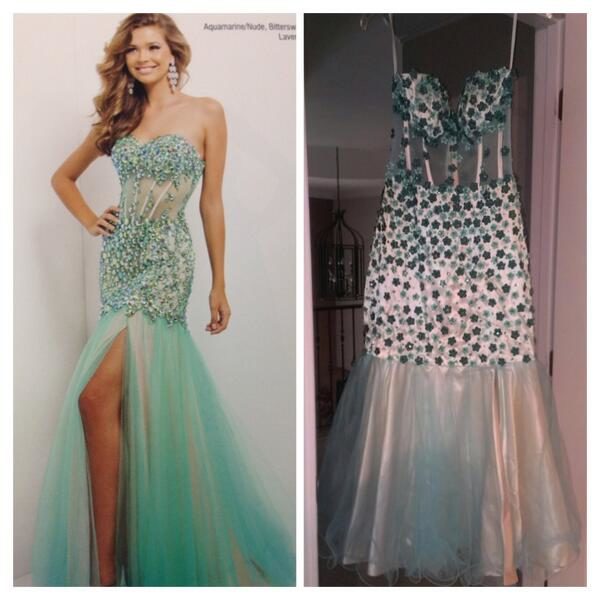 6. I think her face basically says it all. 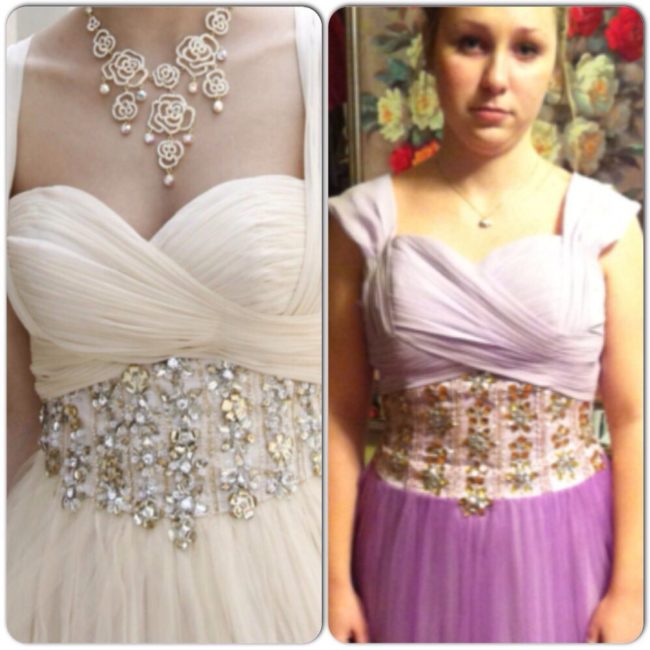 7. This Mom even tried on an epic online dress fail to show how awful it can be. 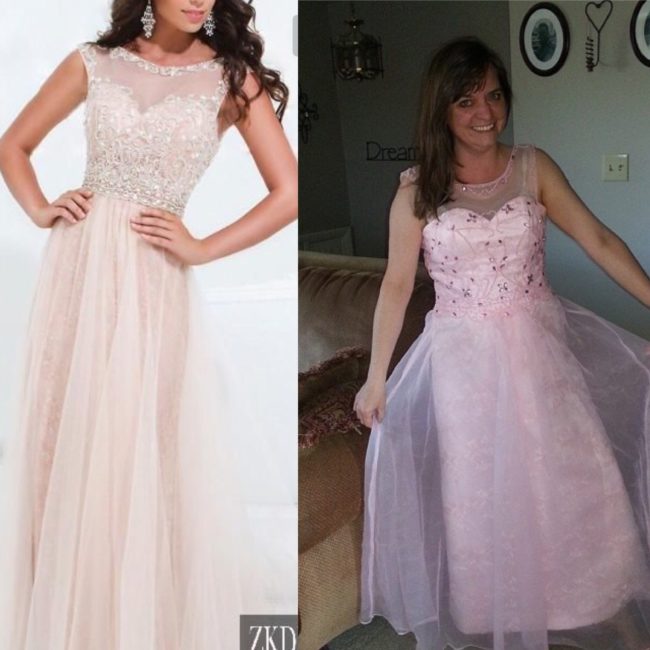 8. These proportions just aren’t quite up to prom dress standards. 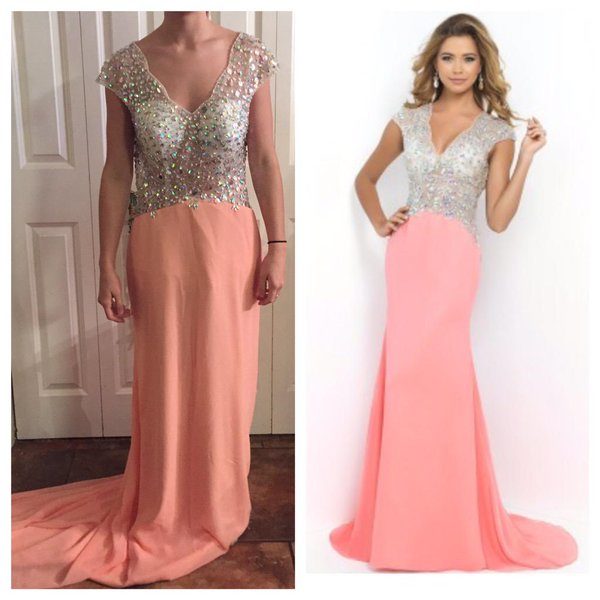 9. She’s swimming in this dress. Here’s hoping she finds her way up for air! 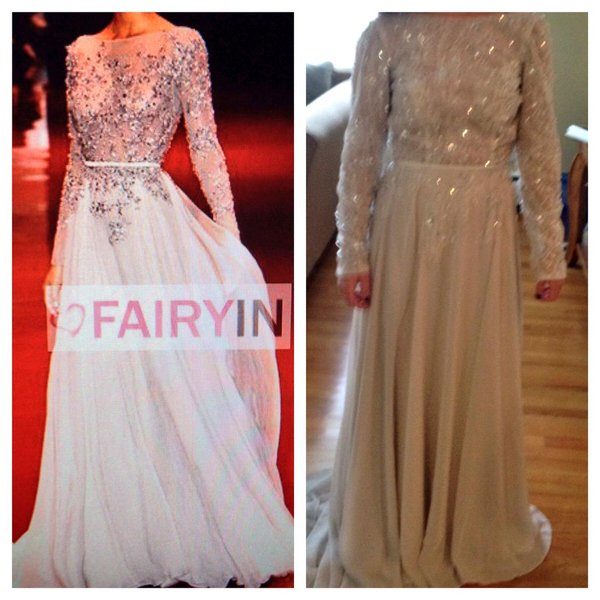 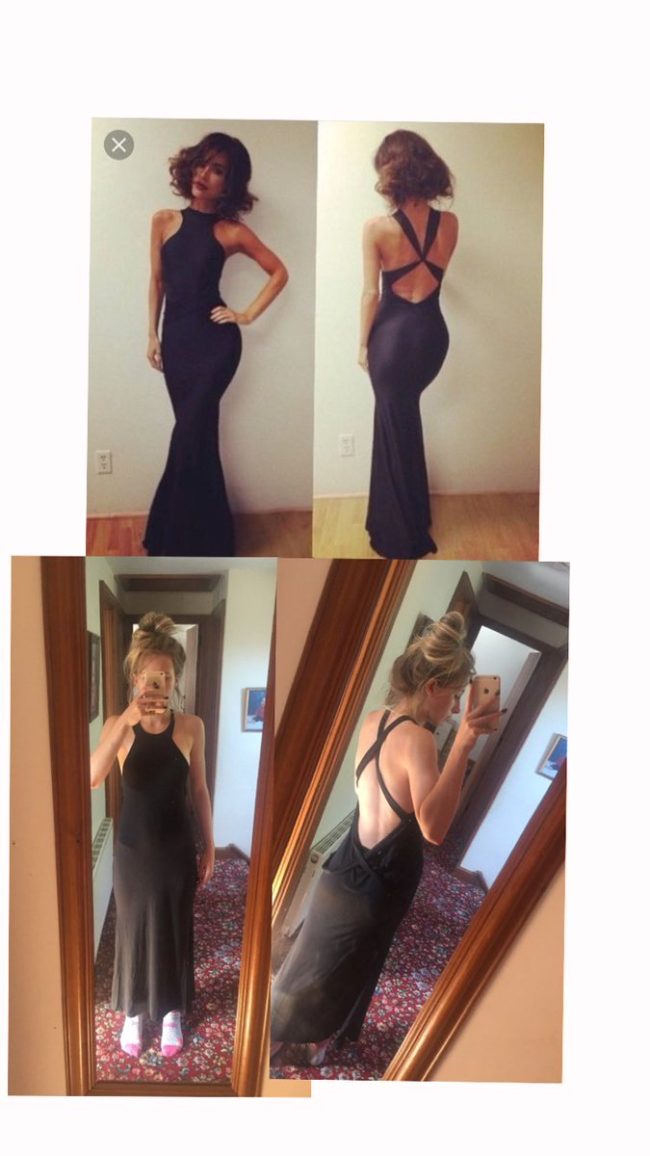 11. They’re not even sort of the same colors. 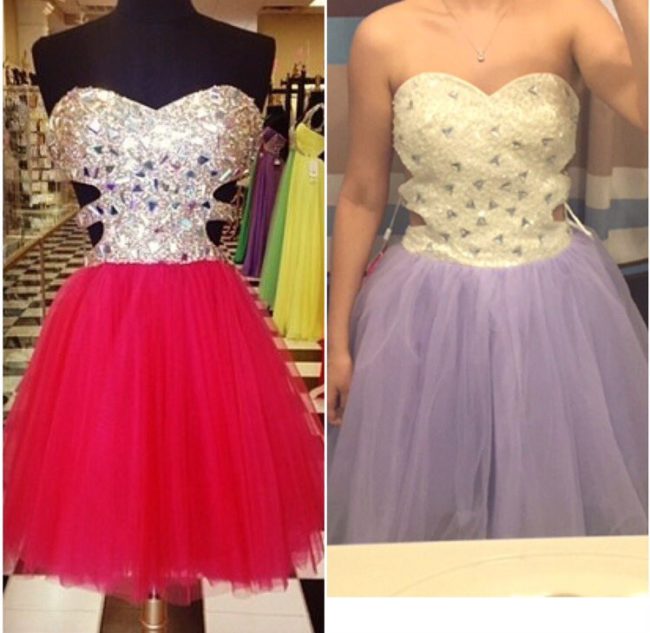 12. I think someone forgot to sew on the bottom half. 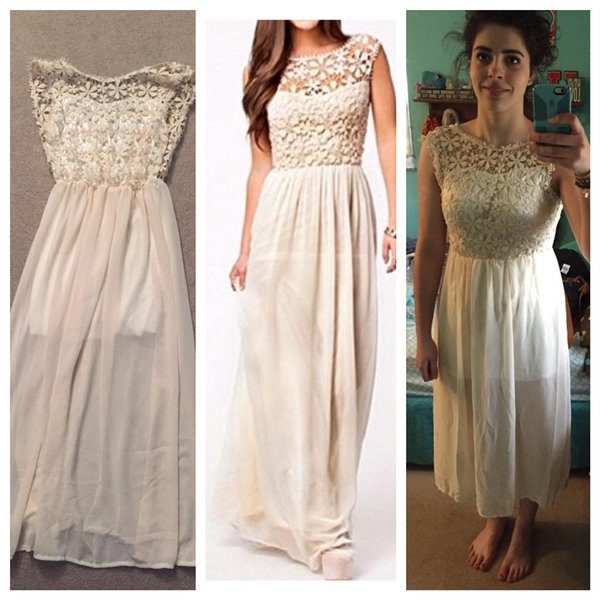 13. I really just don’t understand how you could order a gold dress and get a red one. That’s the internet for you. 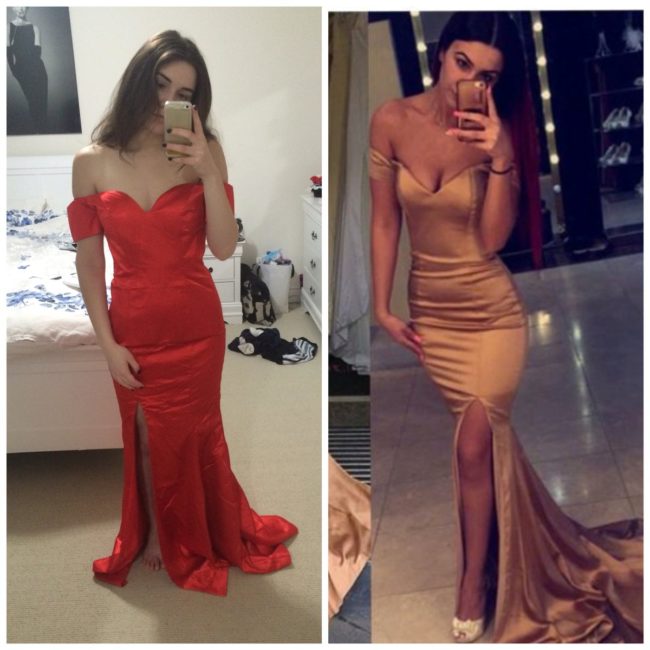 Yikes, sorry ladies! Most of them say they found a back up dress and had an amazing time, but what an awful experience. Share this with the young women you know (and their parents) to save them some heartache next prom season.