Punxsutawney, Pennsylvania, may be the only place on earth where once a year a rodent is transformed into a makeshift meteorologist.

On February 2, people all across the U.S. and parts of Canada anxiously awake to see whether or not Punxsutawney Phil has seen his shadow. This annual tradition is derived from the Pennsylvania Dutch superstition that if a groundhog sees its shadow, there will be six more weeks of winter and if it does not, there will be an early spring.

With that said, Punxsutawney Phil is likely the world’s most famous groundhog in all of history, and just like any other celebrity, he has his own inner circle that makes sure he’s living the best life possible. But these people are honestly kind of nuts.

While Phil and his groundhog bride Phyllis spend most of their days in their own little zoo at the town library, on Groundhog Day, his Inner Circle members make sure everything about the big event goes off without a hitch. 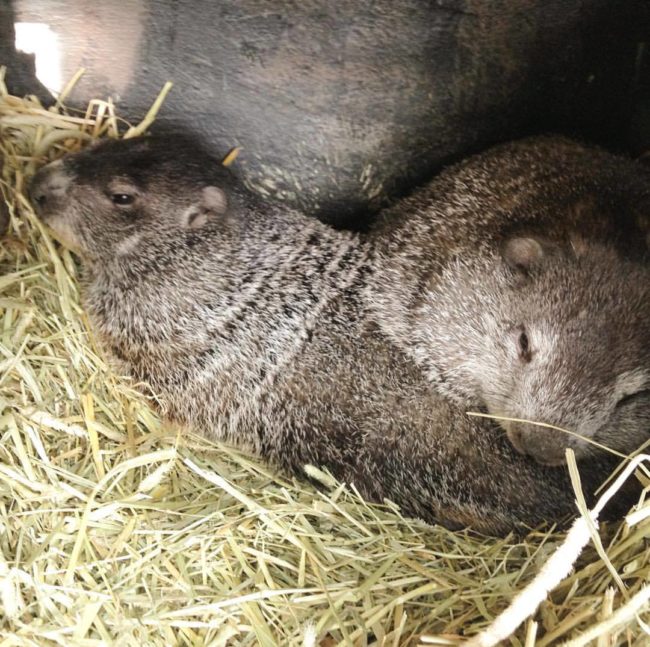 John Griffiths has been a member of Phil’s Inner Circle for more than 20 years and his duties make him sound more like a personal assistant than anything else. Griffiths cuts up fresh veggies to ensure Phil is eating a healthy, balanced diet, and he is also responsible with handling the fuzzy meteorologist on his big day. 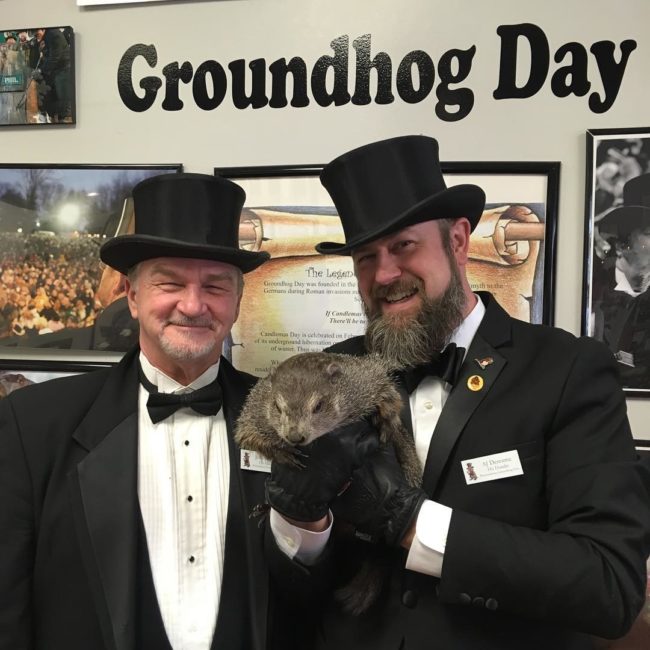 The Inner Circle’s newest member A.J. Dereume swears that while there are many pretenders out there, Phil is the only real weather-predicting groundhog in the world. Okay, buddy. 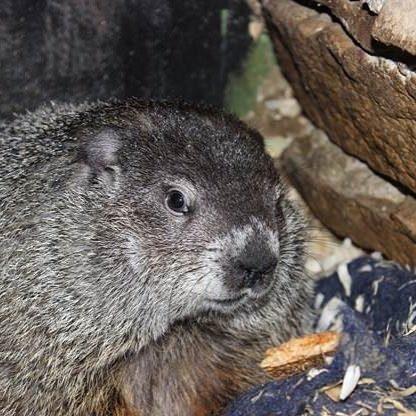 And in the more than 130 years of Punxsutawney Phil’s weather forecasts, the handlers all suggest that there is only one Phil and that a special “elixir of life” has kept him going throughout the years. Someone please get these people medical attention. 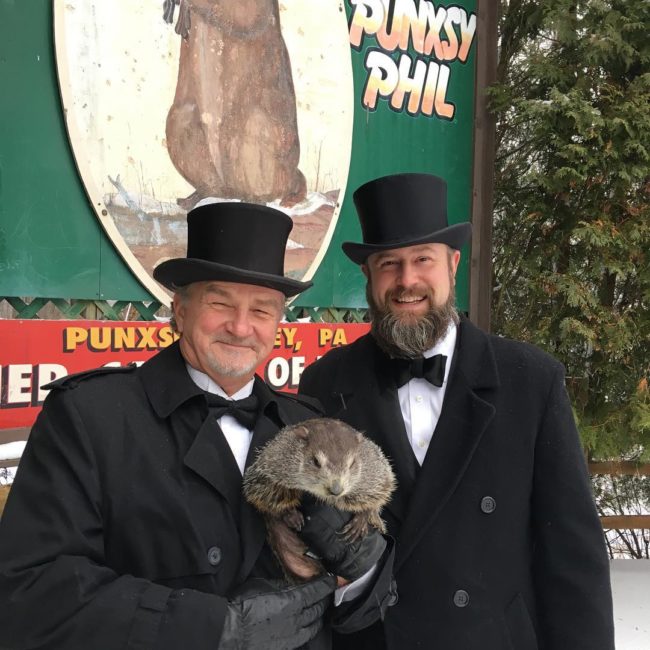 The elixir is said to be pretty potent, with just a sip adding seven years to Phil’s life. The recipe for said mixed drink is top secret and is passed down from handler to handler. 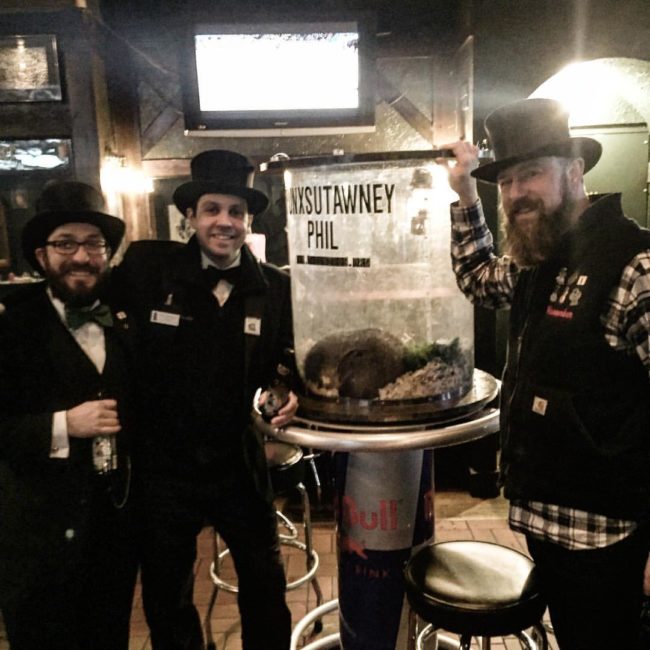 And if you questioned how Phil makes his way from the local library to the big event held at Gobbler’s Knob, the Inner Circle is willing to let us in on the secret. According to Griffiths, Phil takes a series of secret tunnels underneath the ground, just in case someone is trying to follow him or manipulate his prediction. 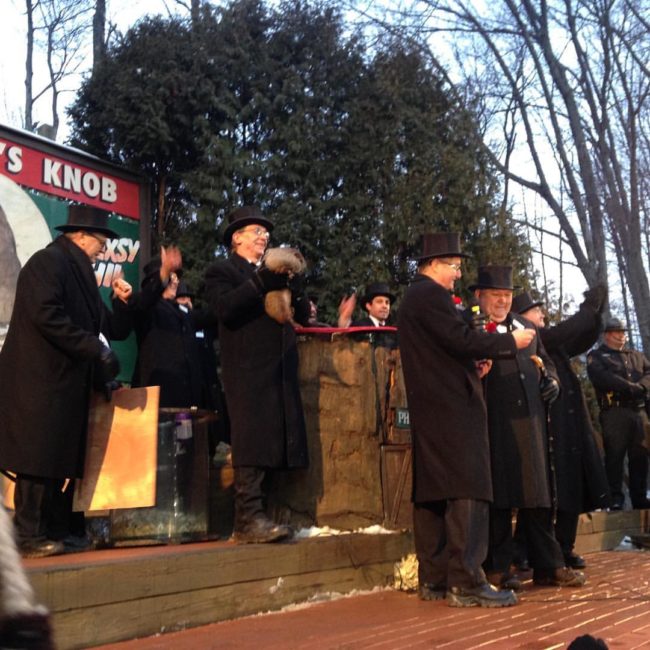 But if you thought Phil’s prediction was his own decision, that recognition should really go to the president of the Inner Circle, Bill Deeley. It is up to Deeley to decipher whether or not Phil has seen his shadow.

Deeley must interpret what Phil says through a series of whistles, clicks and other groundhog noises. Aiding Deeley in his process is an acacia tree cane which the Inner Circle believe helps Deeley translate Phil’s forecast.

I can’t help but feel like Phil and his Inner Circle are nothing more than a cult that comes together every February to hold their annual ritual. According to the meteorological calendar, there’s going to be six more weeks of winter regardless of Phil’s prediction.