As we’re all aware of by now, having an email address usually invites an onslaught of annoying spam messages that you can’t completely block no matter how hard you try.

We delete most without so much as a second glance, but some of them are such obvious scams that we have to share them with the world to get a few laughs.What follows is only a small sampling of the most ridiculous onesthat Reddit and Imgur have to offer.

1. Redditor Trollshock received the dreaded Nigerian email, but don’t worry about it because “this project is not risky.”

2. Radixeo is apparently about to come into a lot of money. 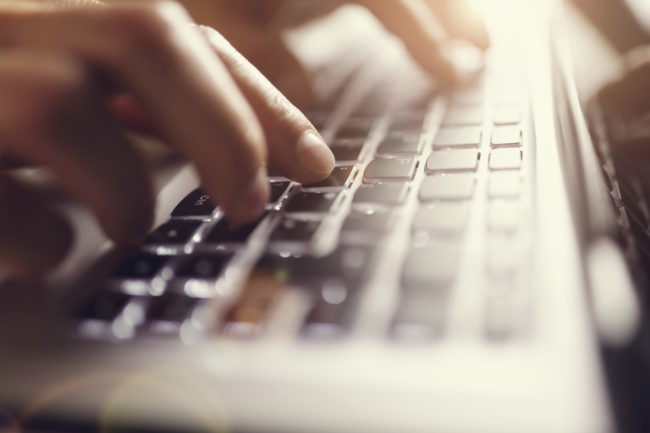 My name is Harold Diamond, the current winner of $326 million on thejust-concluded Mega Millions Jackpot on November 4, 2014. I know this issurprising for you to have received this at this very early stage.

But because I just received the check on Monday, January 12, 2015 and Iam excited, I am willing to donate $300,000 to you and as part of my effort toalleviate poverty and care for the less privileged around the world. Ihave decided to donate to just five people.

For immediate release of these donated funds, send your full name, age, telephone number, and country. We will instruct our payout bank to transfer the sum of $300,000 to you.

3. NewGenNerd got a message from someone with mystical powers! 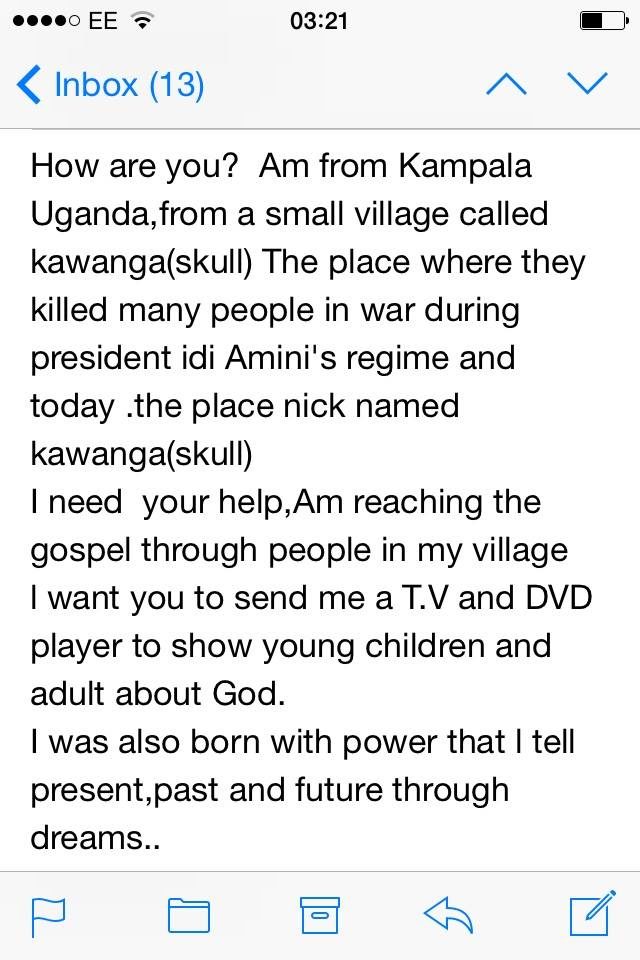 4. You’d better help him, i_stare_at_screens.He could be stuck in space forever! 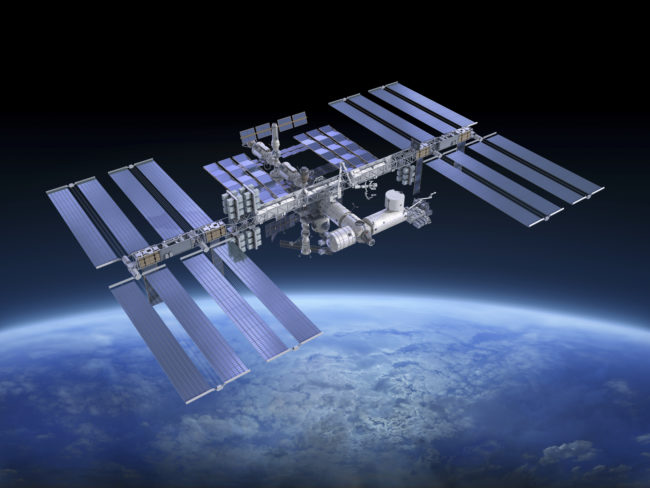 I am Dr. Bakare Tunde, the cousin of a Nigerian Astronaut, Air ForceMajor Abacha Tunde. He was the first African in space when he made asecret flight to the Salyut 6 space station in 1979. He was on a laterSoviet spaceflight, Soyuz T-16Z, to the secret Soviet military spacestation Salyut 8T in 1989. He was stranded there in 1990 when the SovietUnion was dissolved. His other Soviet crew members returned to Earth onthe Soyuz T-16Z, but his place was taken up by return cargo. There havebeen occasional supply flights to keep him going since thattime. He is in good humor but wants to come home.

In the 14 years since he has been on the station, he has accumulatedflight pay and interest amounting to almost $15,000,000. This is held in a trust at the Lagos National Savings and TrustAssociation. If we can obtain access to this money, we can place a downpayment with the Russian Space Authorities for a return flight tobring him back to Earth. I am told this will cost $3,000,000. In order to access his trust fund, we need your assistance. 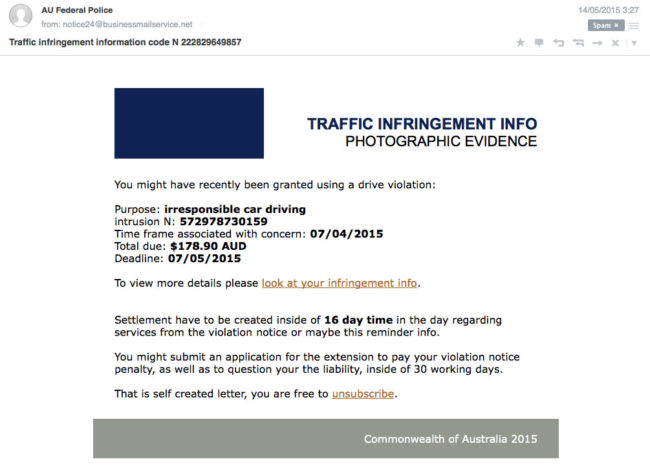 6. Redditor system_of_a_clown just learned from this email that there’s a lottery for deaf awareness. 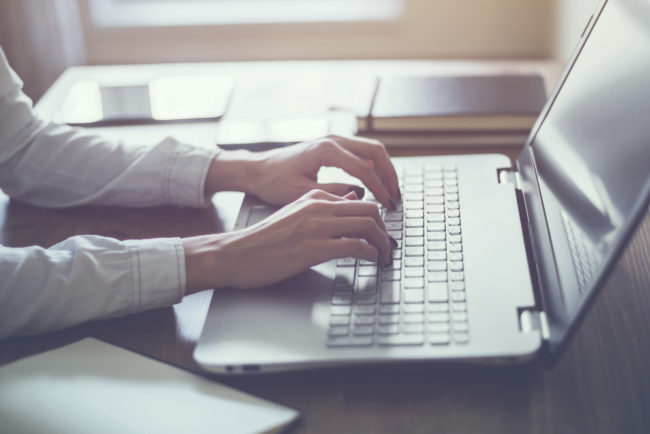 Thank you for writing me back. I hope you heard about mygood news lately? Let you know that I won USA deaf awareness lotteryfrom Mr. IAN MILTON. I won the sum of $500,000 and I havegotten the money already. IAN MILTON told me that many deaf people wonthe lottery and I asked him to show me a list of winners and when he showedme the list, I found out that your name and email address was on thewinning list. I am so shocked and excited for you. Did you heard fromMr. IAN MILTON yet? If not, you better Email him to [redacted]@USA.COM or TEXT # [redacted] right now because they also have good news for you.

7. Redditor compguy29 received this absolute gem from his supposed hitman. 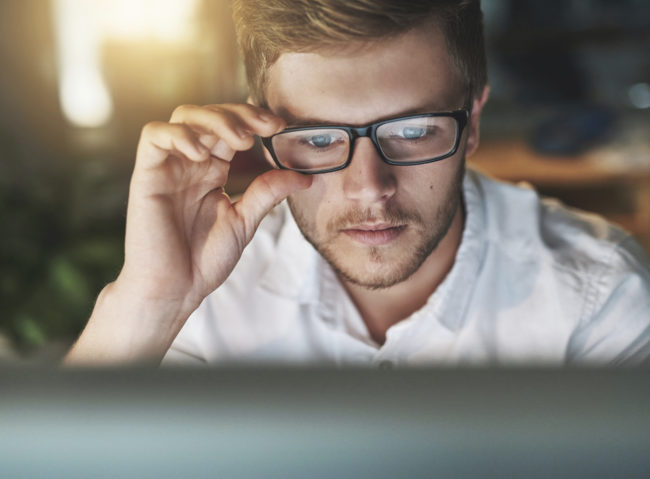 As you can see, there is no need for me to introduce myself to youbecause I don’t have any business with you. My duty as I am mailing younow is just to ASSASSINATE YOU. If you don’t comply, I have to do itas I have already been paid for that. But I have to ask you thisquestion. What is the problem you have with your friend that made him tohire us to kill you?

Now do you want to LIVE OR DIE? As someone has paid us to kill you. Getback to me now if you are ready to pay some fees to spare your life — $3,800 is all you need to spend.

8. All aerossignol needs to do is enter his “mobile phone variety” to get great battery life. 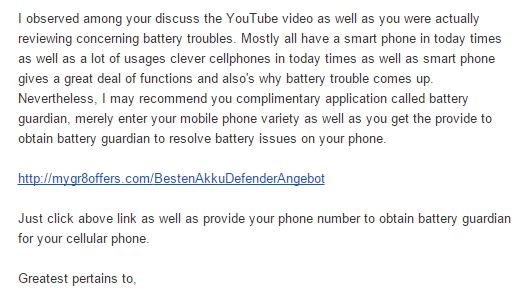 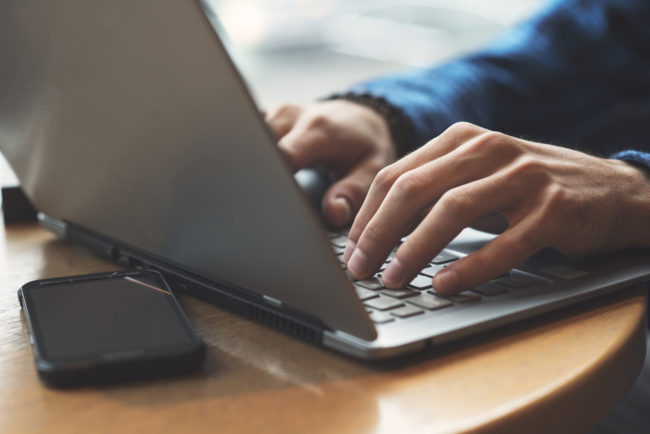 I am Mr. Pang ManYiu, director of operations at Dah Sing Bank Ltd. I havean obscured business suggestion for you. Before the U.S. and Iraqi war,our client Colonel Fakhri Elmaleh, who was with the Iraqi forces andalso a businessman, made a numbered fixed deposit for 18 calendarmonths, with a value of twenty nine million five hundred thousand UnitedState Dollars in my branch. We later found out that the Colonel andhis family had been killed during the war in a bomb blast that hit theirhome.

I have contacted an attorney that will prepare the necessary documentthat will back you up as the next of kin to Colonel Fakhri Elmaleh. Allthat is required from you at this stage is for you to provide me withyour full name and address so that the attorney can commence his job.

10. Redditor will_itblend is about to get a ton of cash for his “personal development.” He just needs to pay for it first. 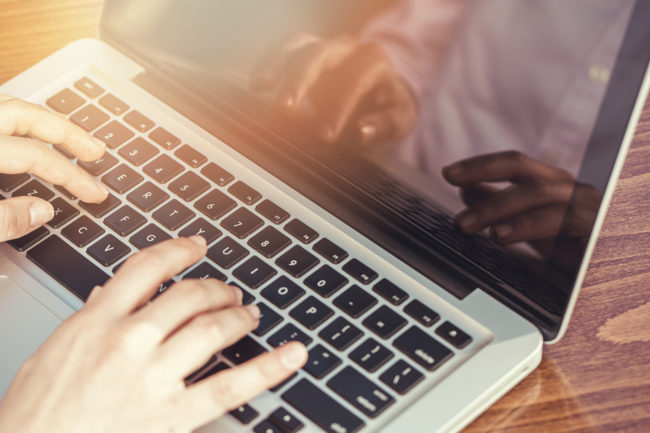 The management of Chevron (Overseas) Oil Company has your email address asa beneficiary in the 2010 New Year Cash Grant and has deposited anInternational Certified Bank Draft of $750,000 with the DHL Courier Company for collection.This grant has been awarded to you by the Chevron(Overseas) Oil Company as part of the 2010 annual development program foryour personal development.

The only charges you willsend to the DHL Courier Service to deliver your draft directly to youraddress in your country is $240.

11. In1earOutYourMother is about to become a millionaire — as long as he uses the money to do “the Lord’s work.”

12. JohnKarahalios had better email the FBI back or he’s going straight to jail. 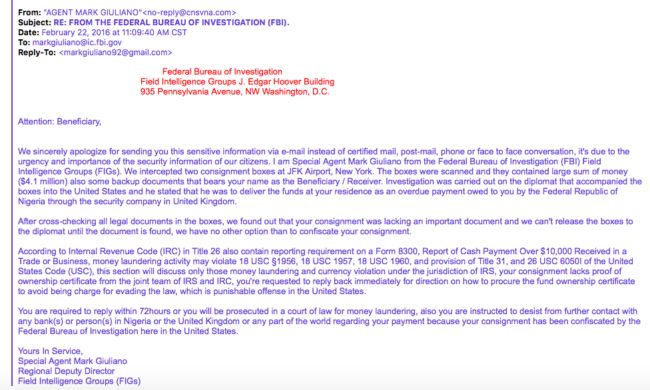 13. ACuteInfarction saw right through this one. At least try to get a handle on grammar before sending out scams, okay? 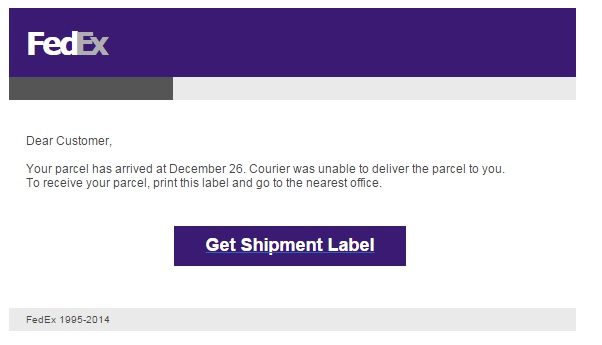 14. LostTheForever was not very impressed with this person’s lack of effort.

15. User jacketsj found out that YouTube needs help because it doesn’t have enough “mooney.” Oh, and the manager eats children. 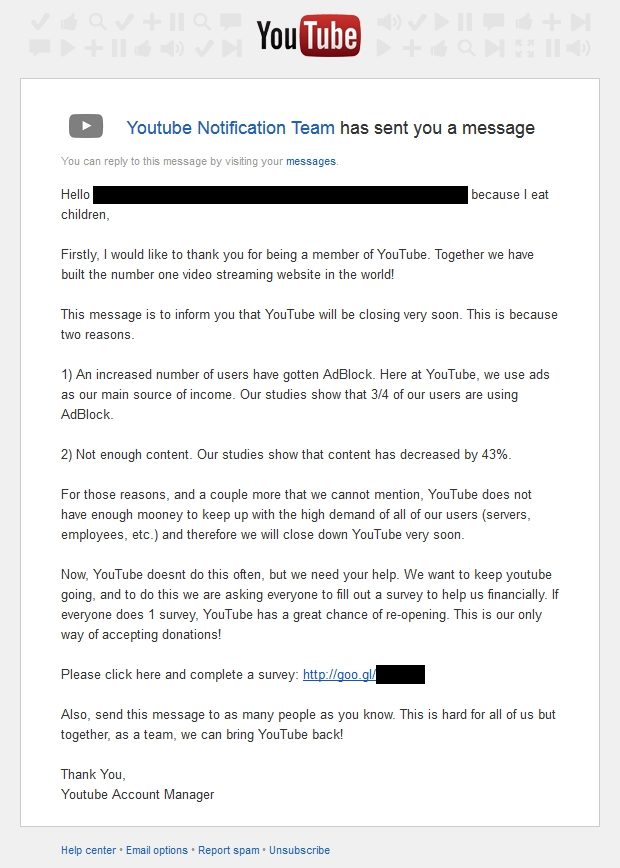 It’s a good thing that these emails are so obviously fake. That being said, you really have to wonder what’s going through people’s heads when they send them.