This Guy Thought He Was Trolling Samsung, But Then They Got Him Back With One Emoji

Because we live in a social media-driven world, it’s important as a business owner to develop a strong online presence for your brand.

While some companies resort to timing their promotional tweets to be sent out atcertain times throughout the work day, others take a more holistic approach, interacting with their customers as tweets roll in. Some companies are so sassy about it that their hilarious brand tweets make national news!

While promoting their newly released Samsung Galaxy S8, the mobile powerhouse asked its users to submit their very first photos taken with their new phones. 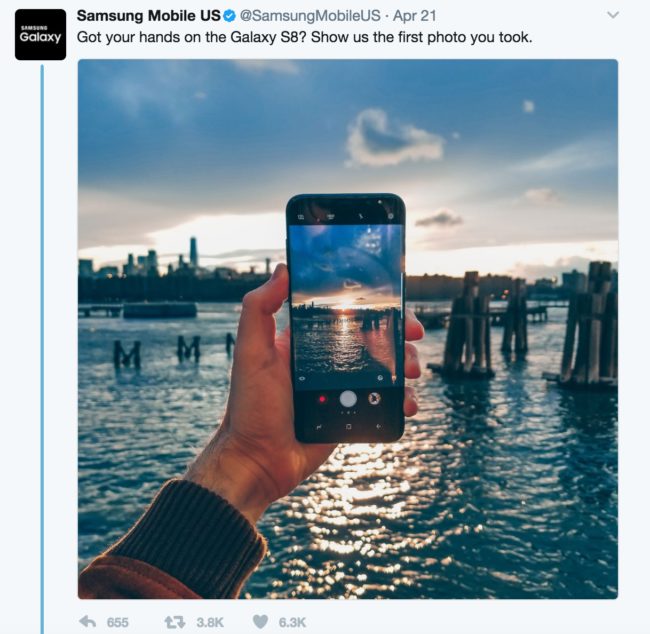 Internet troll savEdward gave them a response that was a bit too personal for most people’s taste.

But rather than blowing off the troll’s NSFW response, Samsung instead decided to go for the jugular and hit the man right where it hurts using a single emoji.

And because the savage response could be seen by millions, it wasn’t long before other Twitter users joined the party.

Samsung’s response had many iPhone users preparing to switch over to that Android life. 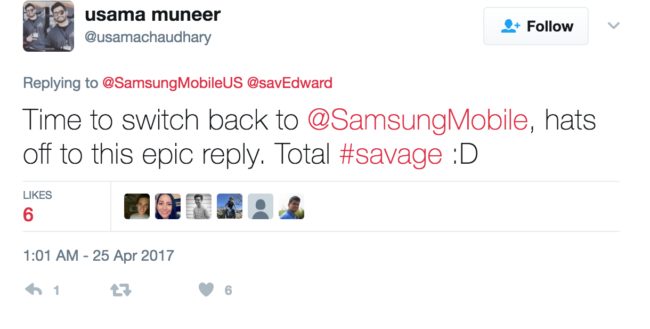 Now that’s how you craft a masterful burn. 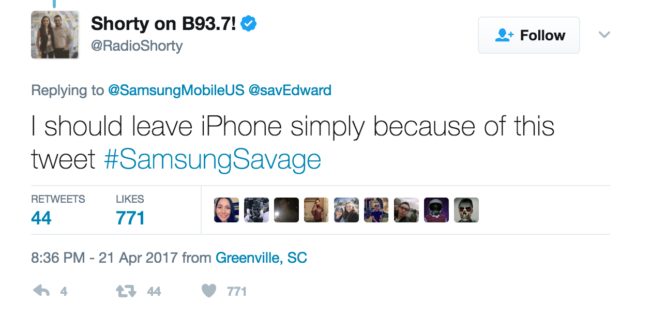 This just goes to show that when it comes to trolling on the internet, you’d better be prepared for a dose or two of your own medicine. Share this post if even you needed ice for that sick Samsung burn!