The truth is that they’re actually in more places than you would think, but they often go unnoticed. In fact, it’s hard to find a public park or location that doesn’t have some form of art for passersby to appreciate. In addition to appreciation, however, some people like to get a little creative with the ways they interact with statues. The results? Some pretty hilarious pictures. We’ve got 18 of the best right here.

1. That’s the kind of picture that takes commitment. I just wish there were some kneepads involved here. 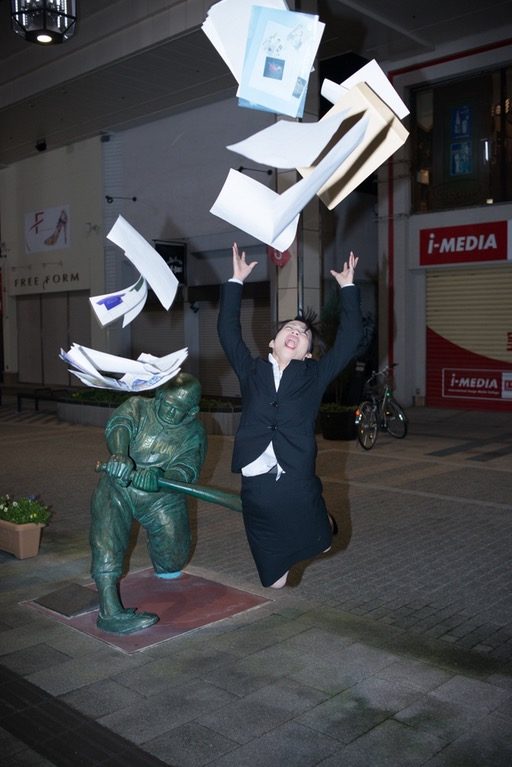 2. Oh, you know, just slipping one of the founding fathers a bill with his face on it. Very casual. 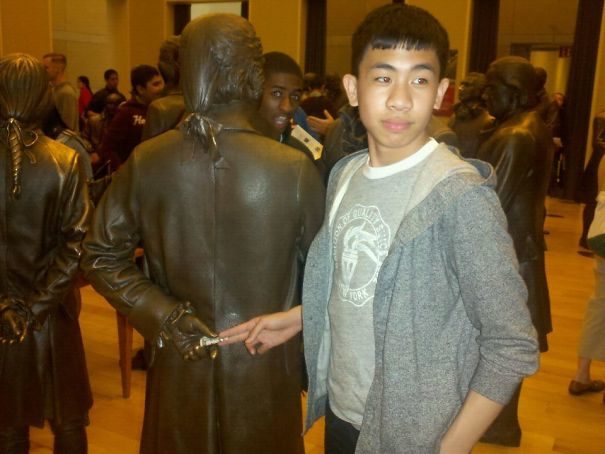 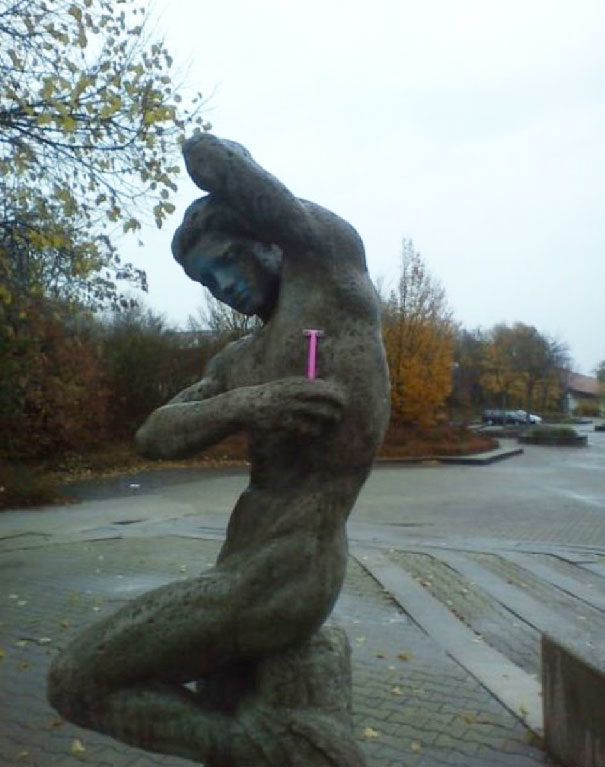 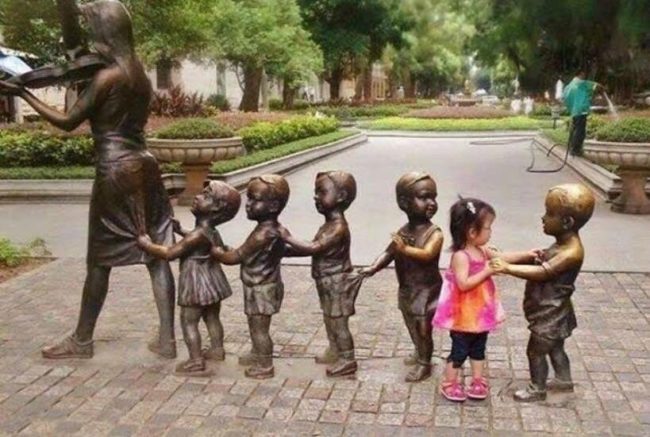 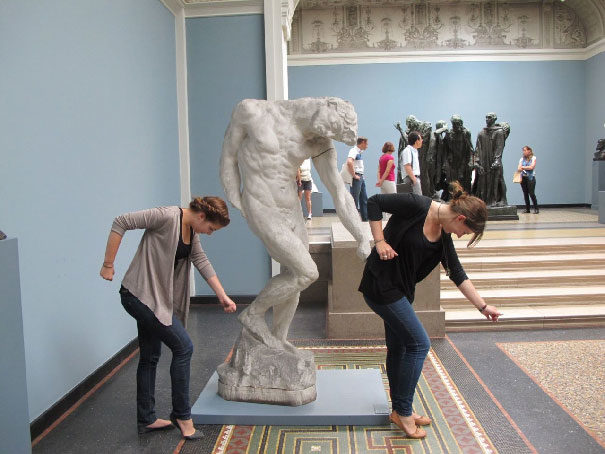 6. This is one fight I’m not quite sure he can win. 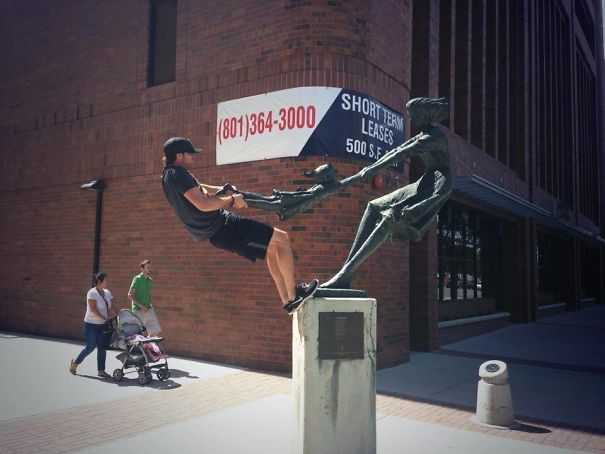 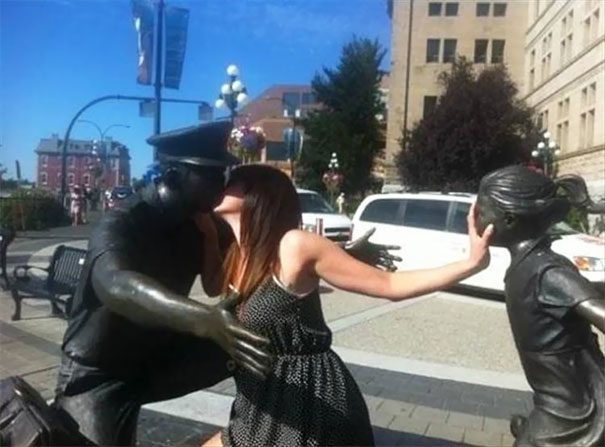 8. This is what I wish would happen to me every time I try to exercise. Carry me home, bear! 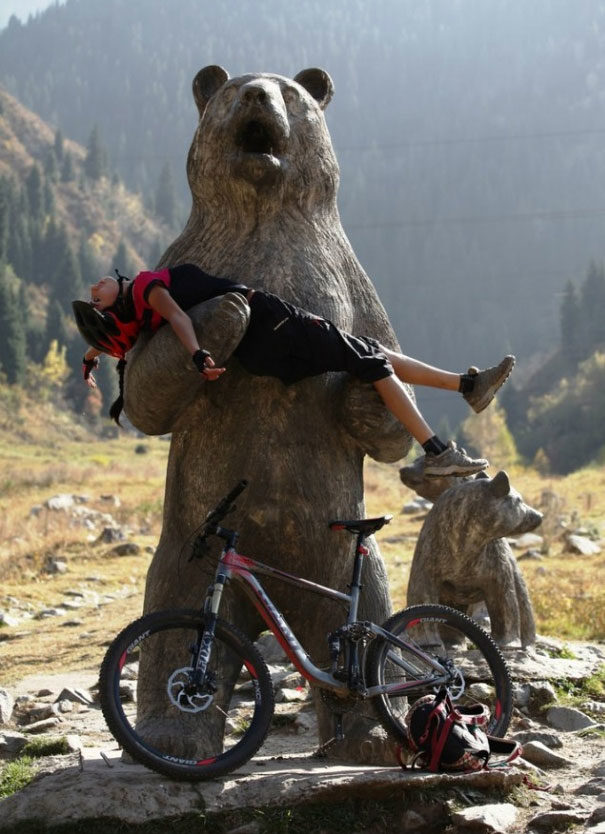 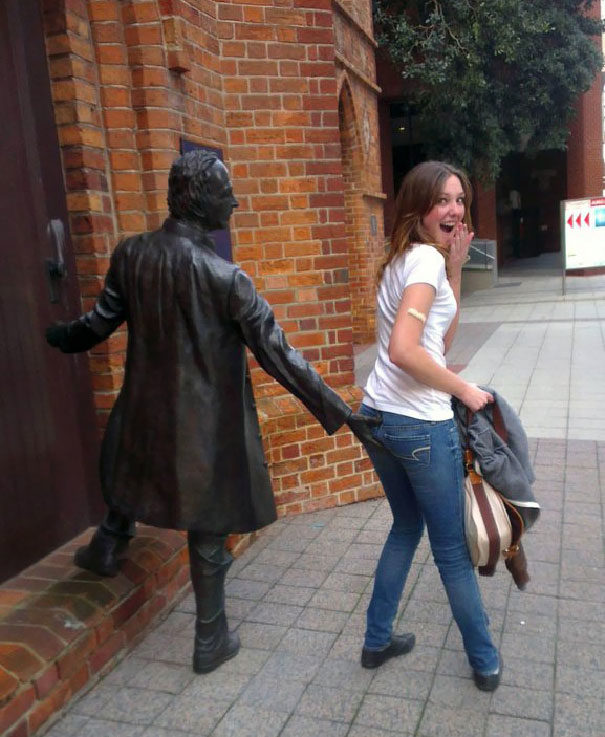 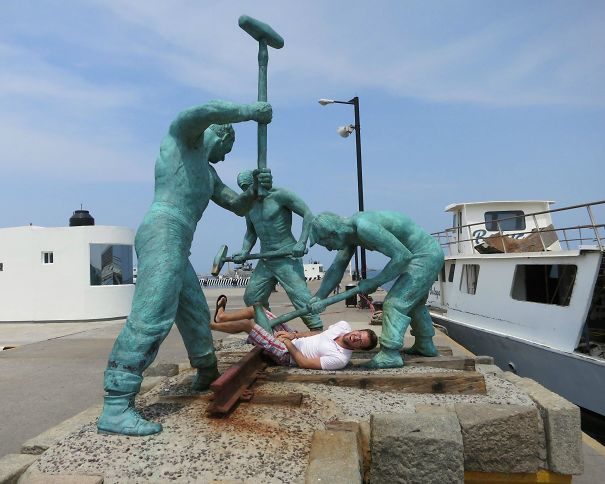 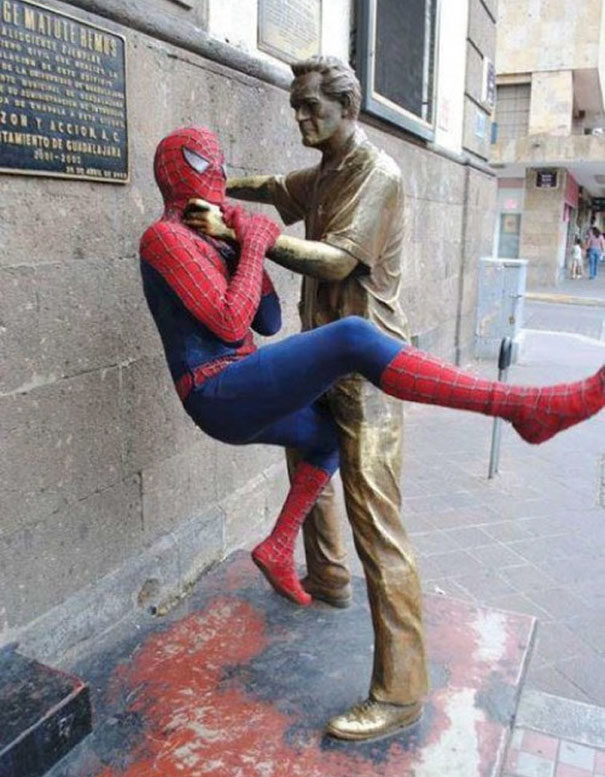 12. My bet is on the triceratops, but I think the snowman will put up a decent fight. 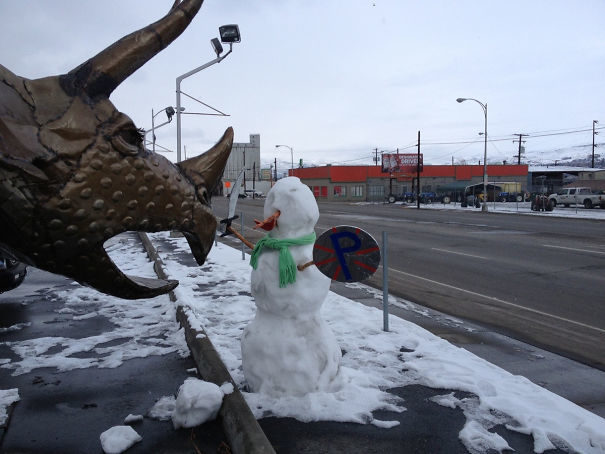 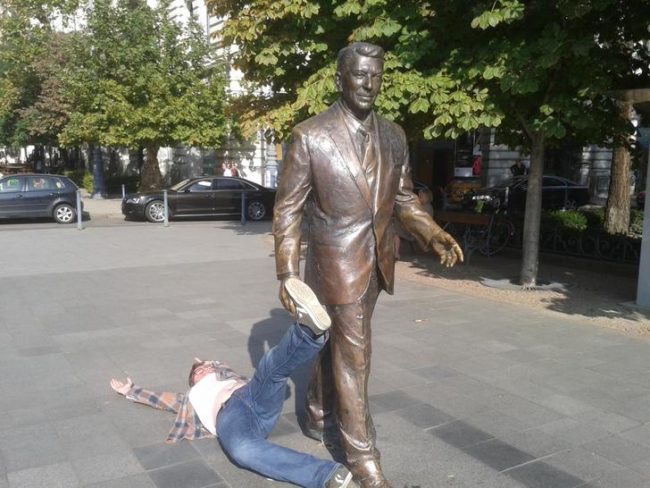 14. Technology’s changed a lot in the last hundred years, so these statues have some catching up to do. 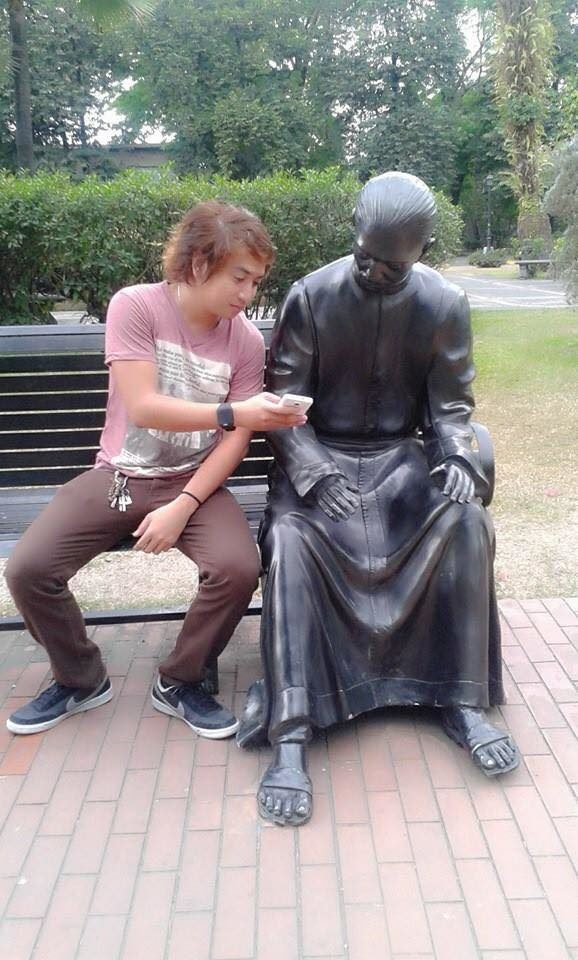 15. There’s still time to get away! Save yourself! 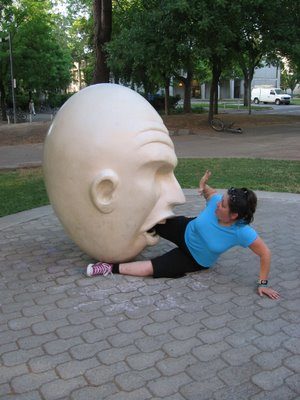 16. She doesn’t even suspect that she’s in danger. 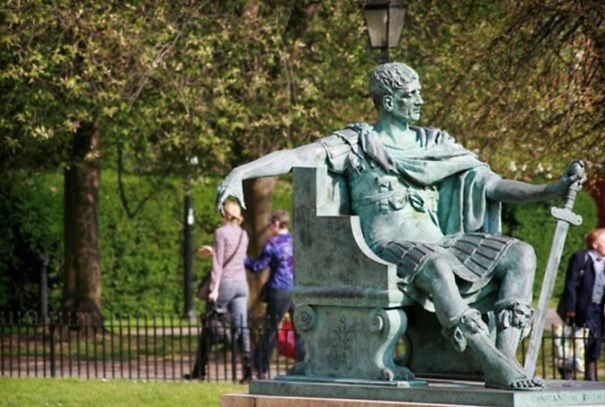 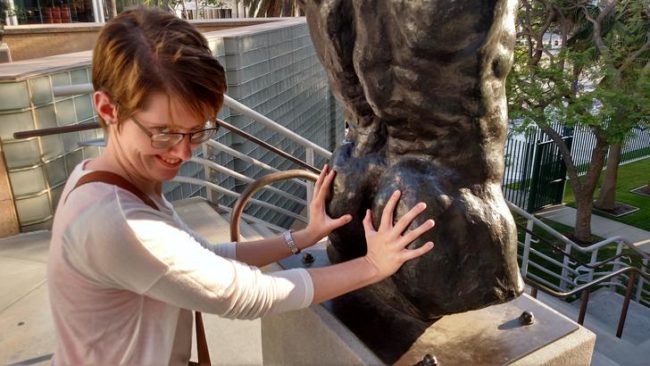 18. That’s the biggest drinking fountain in the world. Ah, refreshing! 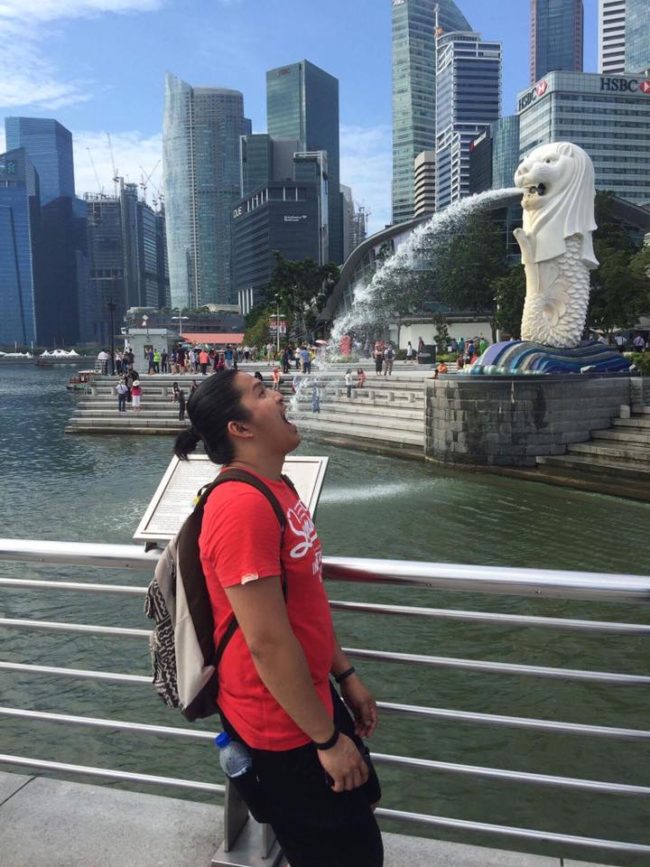 Have you ever posed with a statue like this? Let us know in the comments, and be sure to share this with your friends and family to make them laugh super hard.