Guy Says You Can’t Make A Sentence Without The Letter A, Internet Trolls Him Endlessly

Piecing together sentences and paragraphs is difficult enough without the added pressure of striving to omit certain letters, words, or even phrases.

But while some writers tend to write stress-free, other writers love to challenge themselves. And while at first it may seem difficult, this type of writing has become so popular that the process got its own name. Text written with omitted letters is called a lipogram. Most notably, author Ernest Vincent Wright wrote a 50,000-word novel without using the letter E.

And while writing lipograms may require some advanced knowledge of the English language, or at the very least a dictionary, one Twitter user thought he had the Internet beat when he asked people to produce a sentence that he thought was nearly impossible — a sentence without the letter A.

The Twitter user asked users to write a sentence without using the letter A, which he thought would be impossible. Sadly, he was quickly schooled and trolled by the internet. 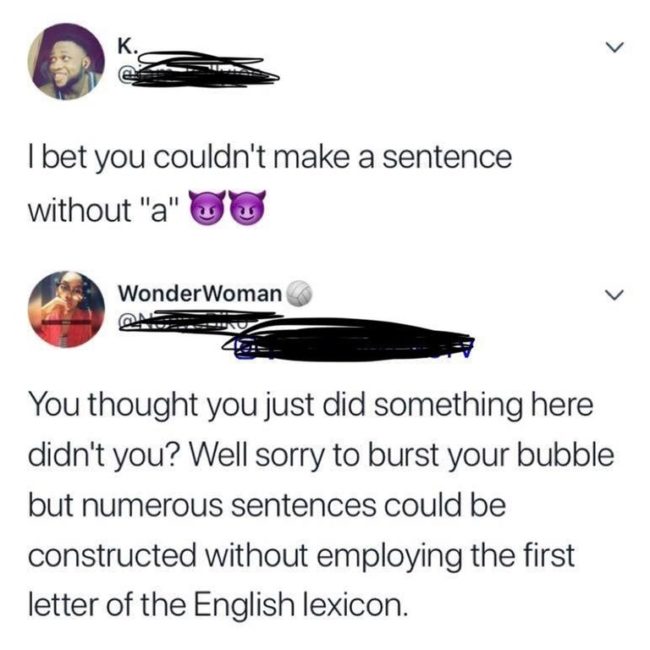 And after his epic fail went viral, others couldn’t help but put their two cents in.

Here are some of the best.

Yikes. Well, bud. You win some and you lose some.