Bank Denies Woman’s Request To Get Terry Crews On Her Card. Then He Saves The Day!

Those familiar with popular actor and former football player Terry Crews know that despite his tough-lookingexterior, he’s really a sweet teddy bear of a man.

However, even Crews himself can’t deny that when stern, his face can be pretty intimidating to look at — even for himself! That’s why in an effort to curb excess spending, he decided to carry a hilarious photo of himself in his wallet, right above where he keeps his cash. 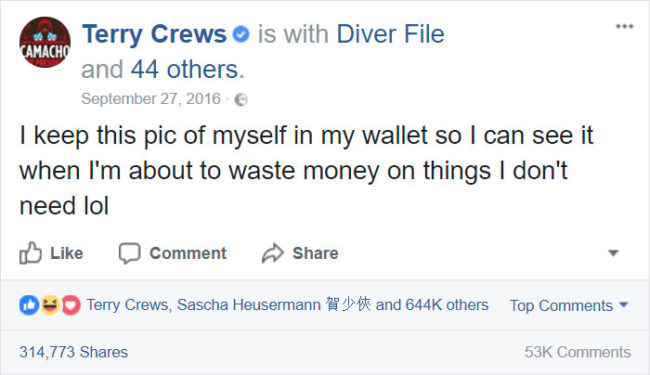 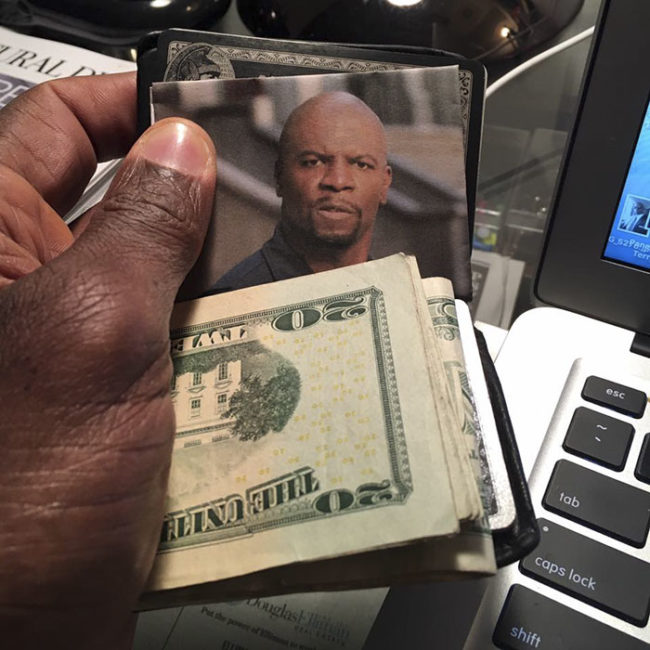 Twitter user Darrel Kennedy had the same mindset when recently thinking about what photo she’d like printed on her Wells Fargo debit card.

Like Crews, she thought using the actor’s stern face would discourage her from overspending. In fact, she used the same photo he does. 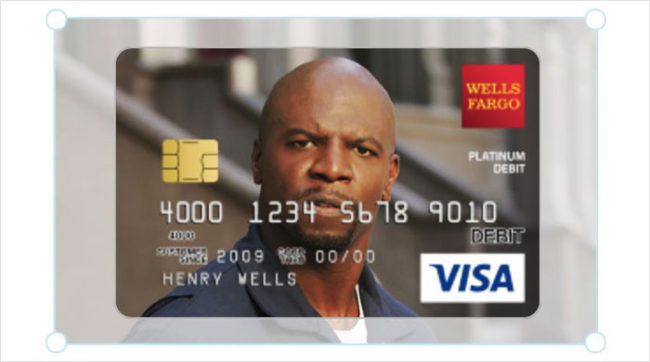 Unfortunately for Kennedy, Wells Fargo turned her down and explained that she’d need the big man’s written consent first. But thanks to the internet, it wasn’t long before this issue came to the actor’s attention.

Being the awesome guy that he is, he came through and gave his approval in less than an hour.

All that was left to do was wait in anticipation for Wells Fargo’s response.

Even Crews himself was anxiously awaiting the bank’s decision.

Less than a half an hour later, Kennedy got the great news. Now she’ll never have to worry about overspending again with that hilariously disapproving face on her card!

I vote that Wells Fargo (and all other banks) make that photo a template everyone can choose for their cards. Imagine how much all our debt would go down!