Drawing In Textbooks Is Frowned Upon But When Doodles Are This Good, It’s Forgivable

We’ve all been there. We’re sitting in class waiting for the seemingly never-ending lecture to come to a close so the weekend can officially begin.

But rather than pay attention to what’s being said, one surefire way to pass the time is to take up doodling in your notebooks…or even your textbooks. Despite our teachers always warning us to never write, doodle, or so much as underline anything in our textbooks, I always felt a rebellious impulse to do so.

And while my doodles were never nothing more than stick figures and the occasional geometric pattern, these students transformed their textbooks into astonishing masterpieces. Here are 24 acts of textbook vandalism that are just too brilliant to hate.

1. Storage disks have become a thing of the past, just like dinosaurs. 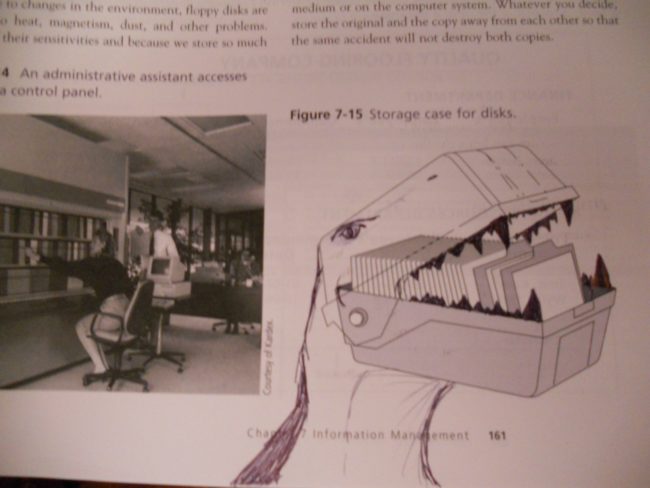 2. I don’t recall learning about that part of the food chain. 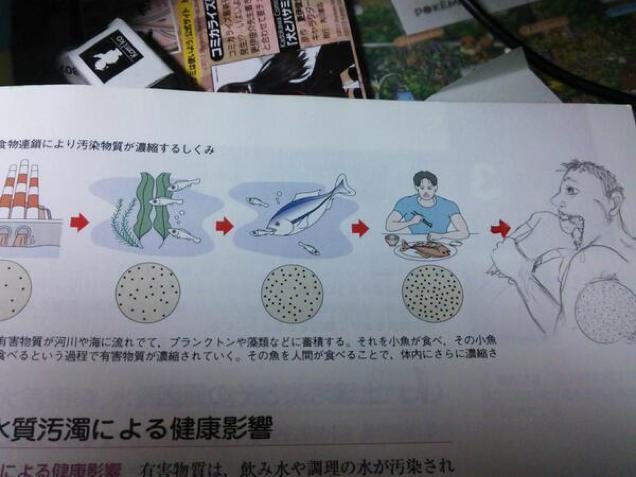 3. If only this dude put as much effort into his math homework as he did with his doodling. 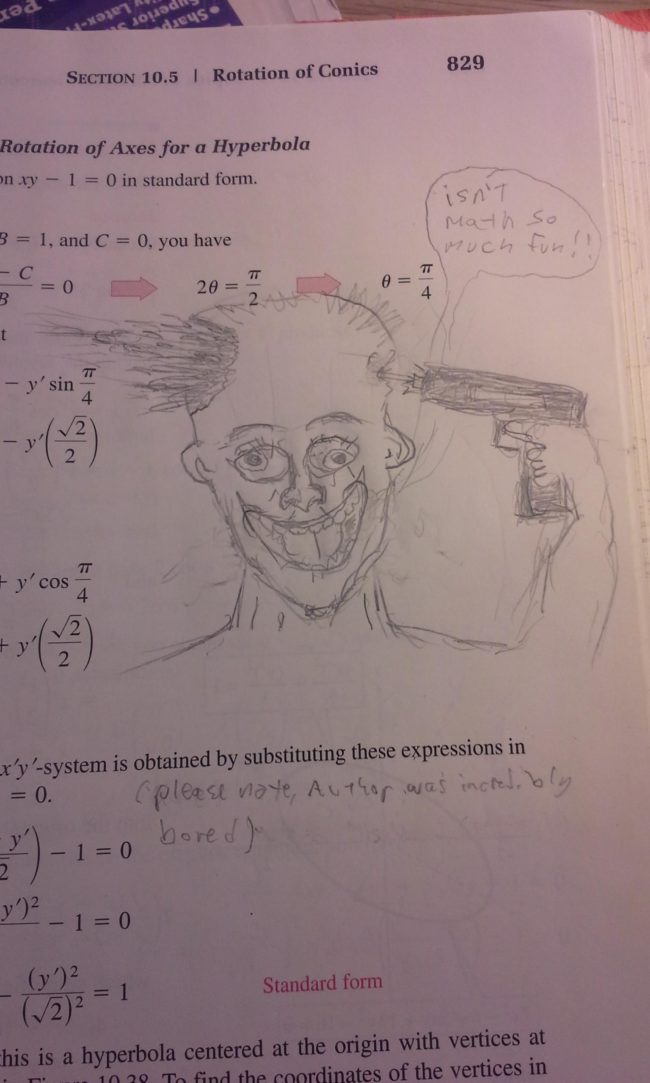 4. You too can be a star if you start paying attention and stop failing this course. 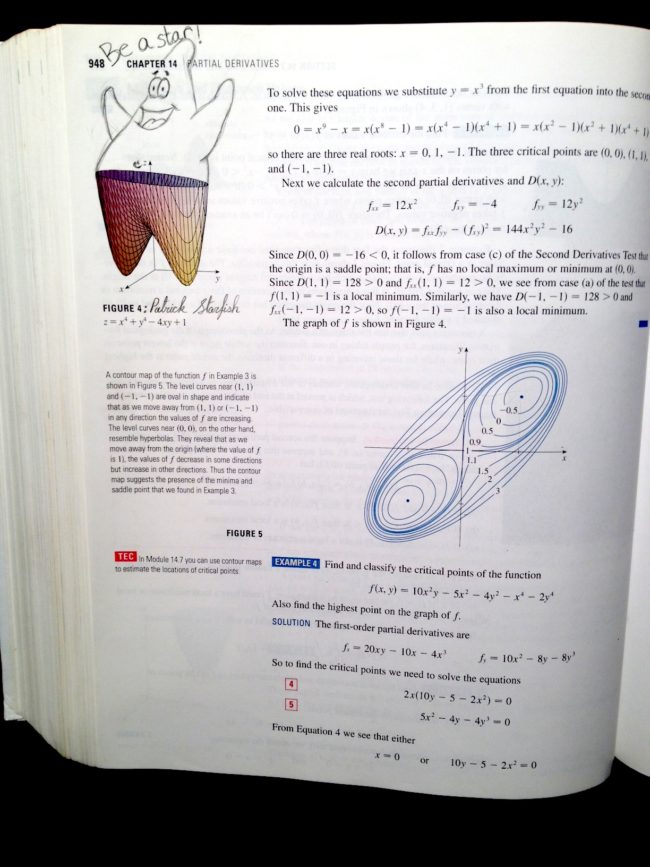 5. Something seems a bit disjointed about this teen’s artwork. 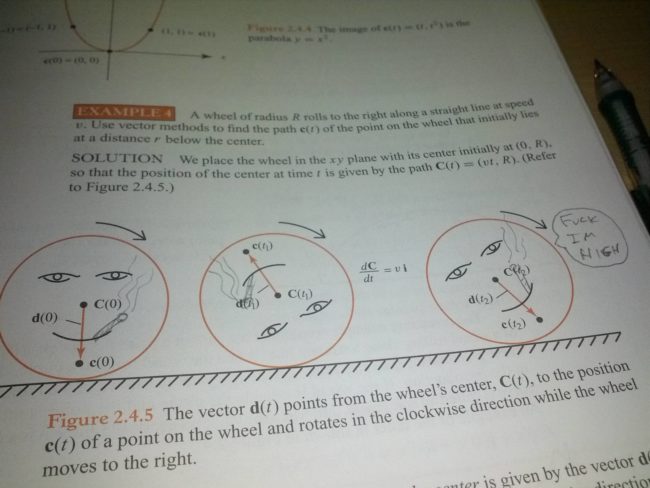 6. Who could forget the joys of learning a second language? 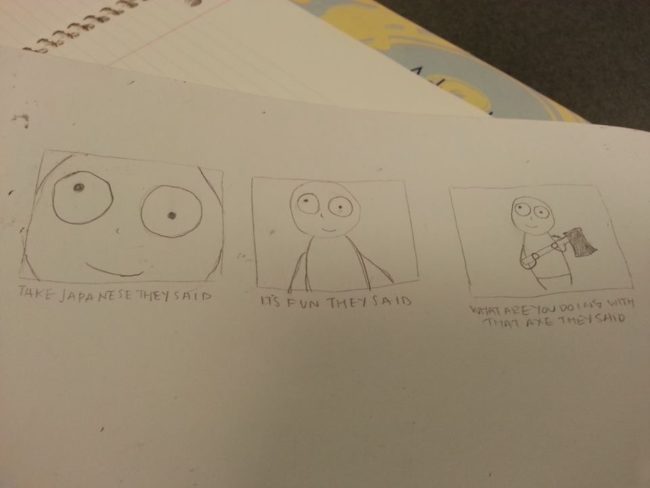 7. I don’t think these gymnasts will be vying for gold anytime soon. 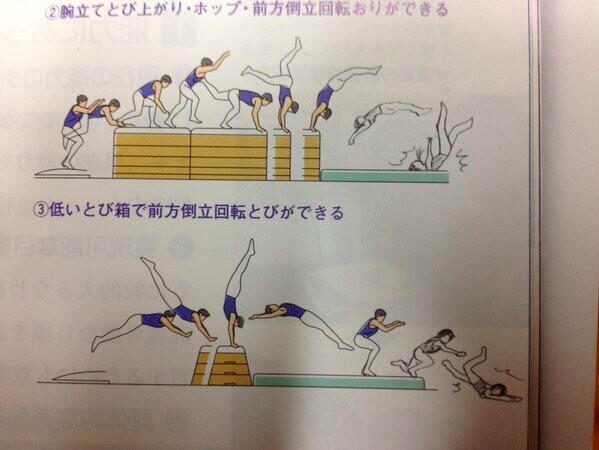 8. This kid sure got an eyeful in science class. 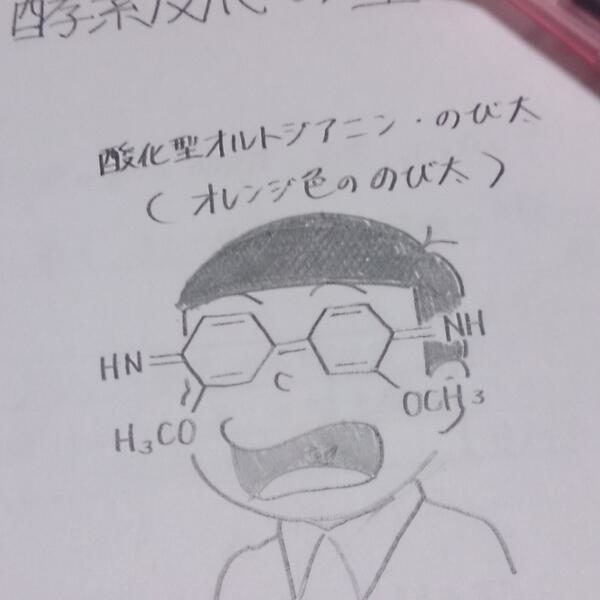 9. I think you lost something there sir. 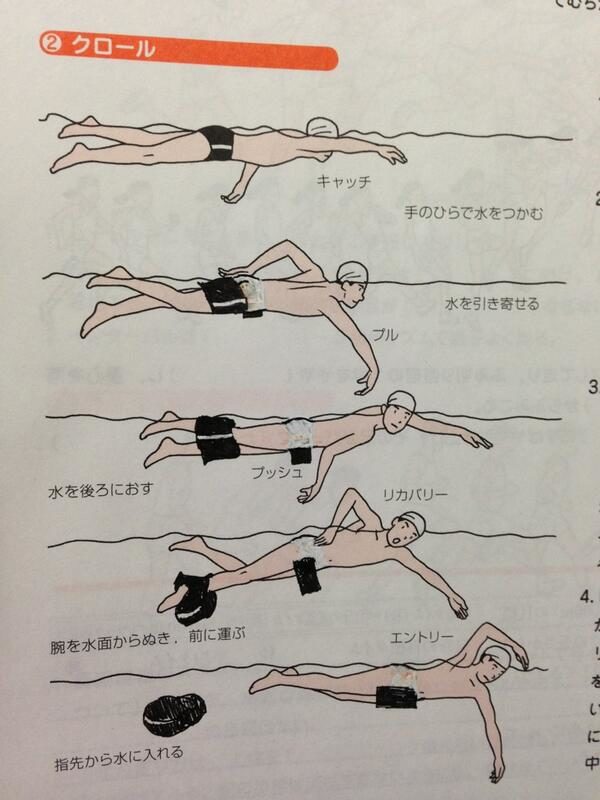 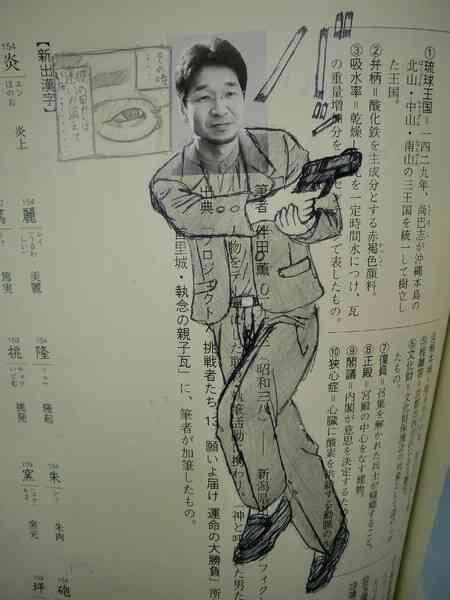 11. This little guy decided to ride his motorcycle to school today. Head to the next page to see something that’s 2017 as hell. 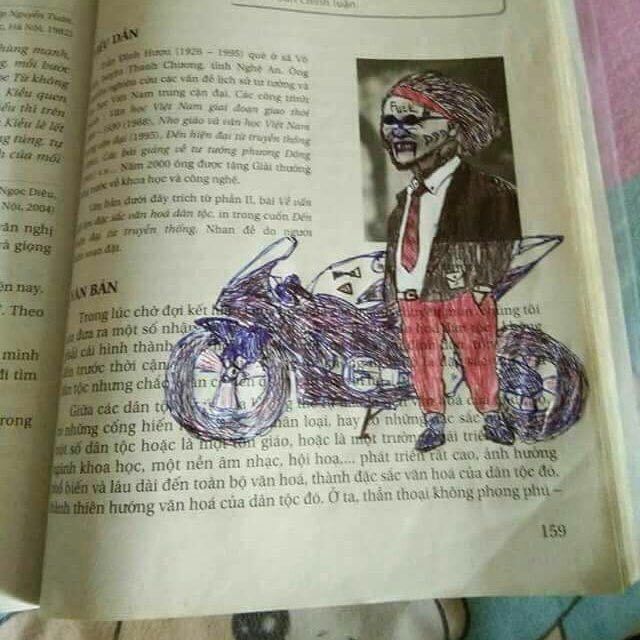 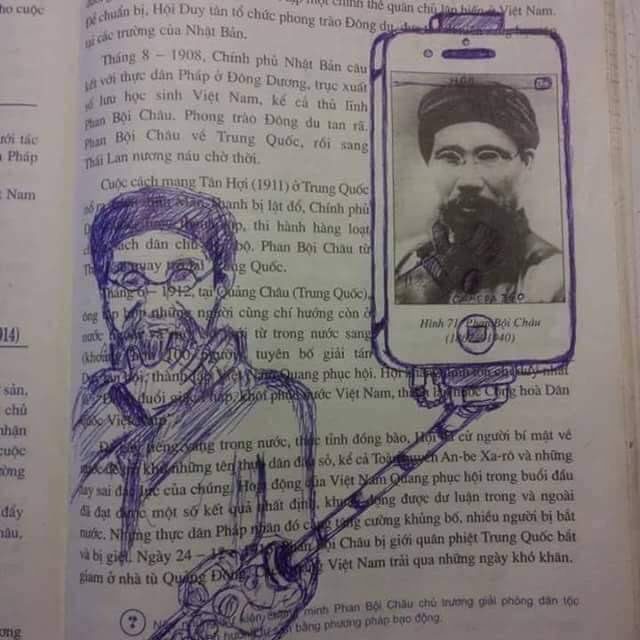 13. These two sure do make quite the couple. 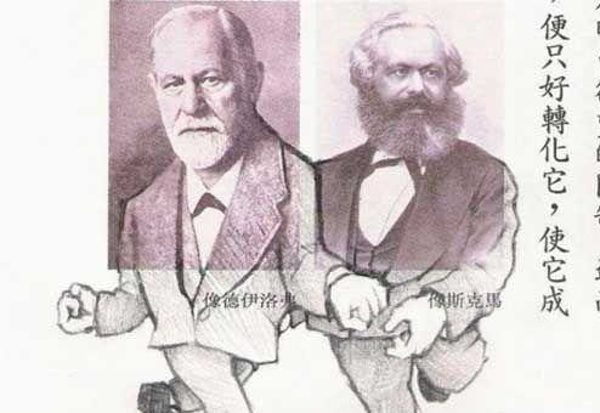 14. Someone was obviously a little hungry in Geometry. 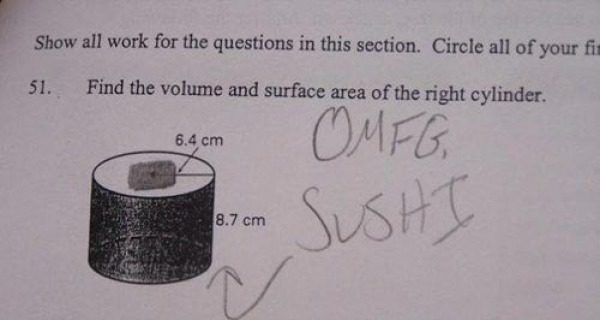 15. I think this lady’s had one too many to drink. 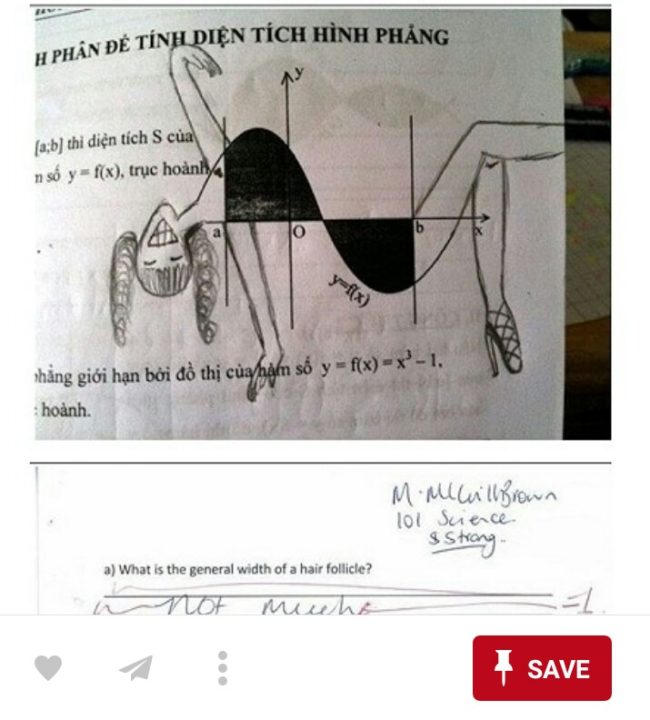 16. There’s way too much going on in this photo to try and explain here. 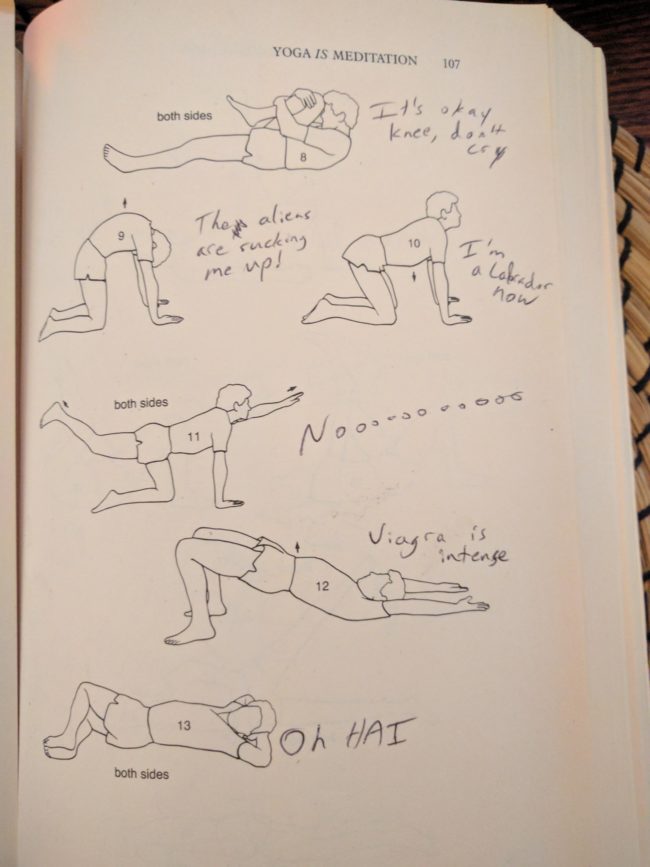 17. So we finally know the answer to this age-old question. 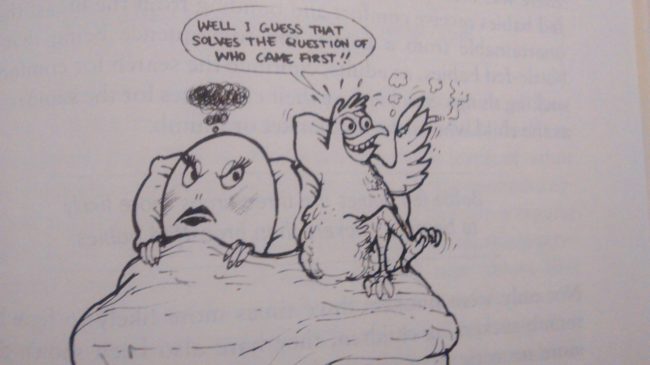 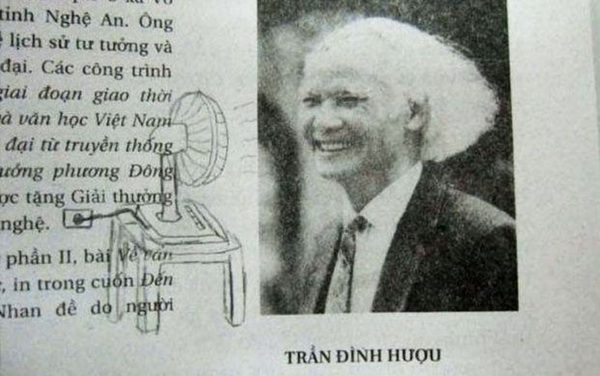 19. I have their first album on vinyl. 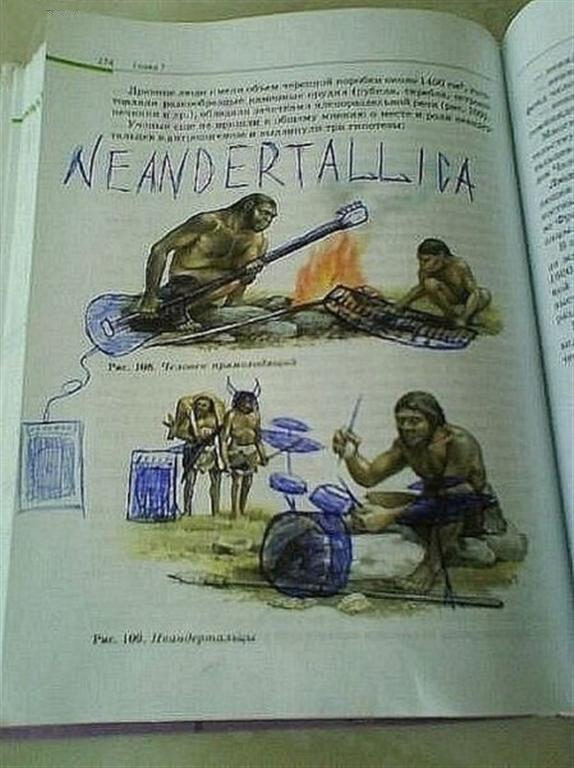 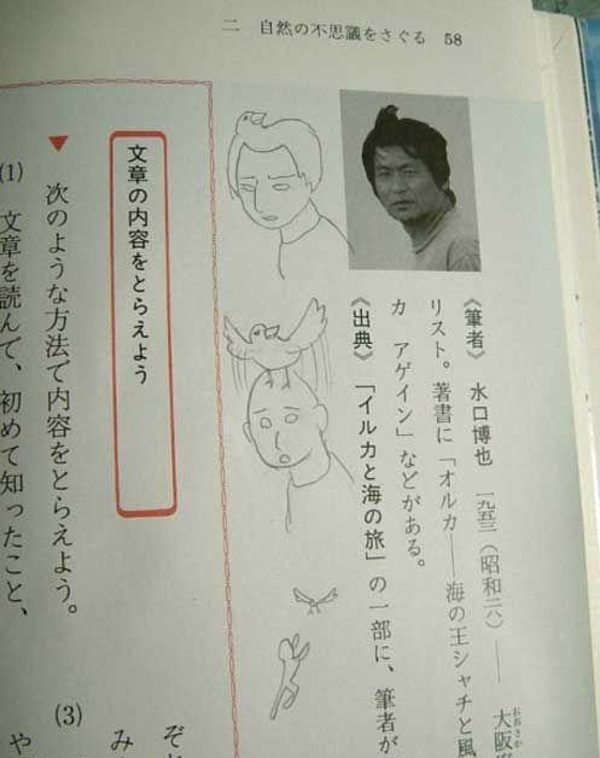 21. I had no idea you were going to superhero school. 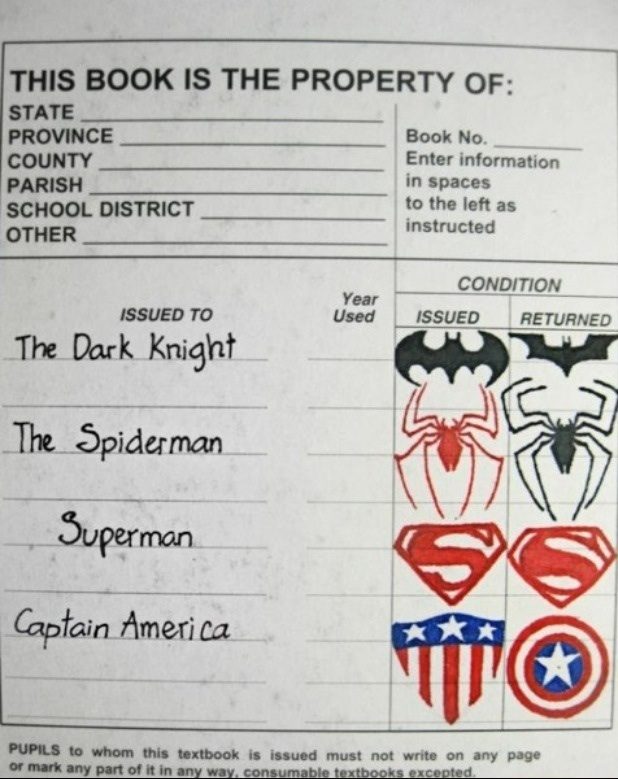 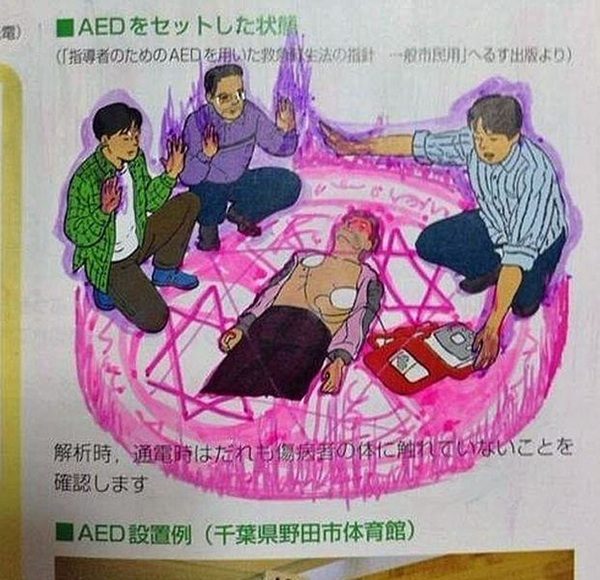 23. I’ve always thought this was the most important element. 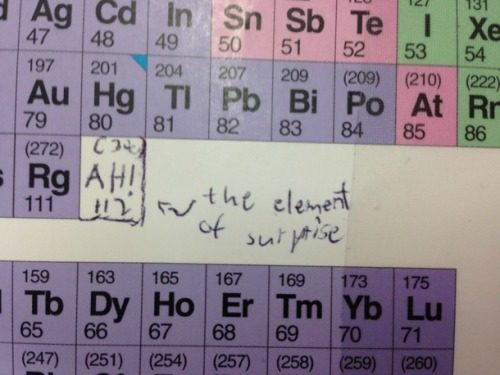 24. We’ve got a tattletale on our hands. 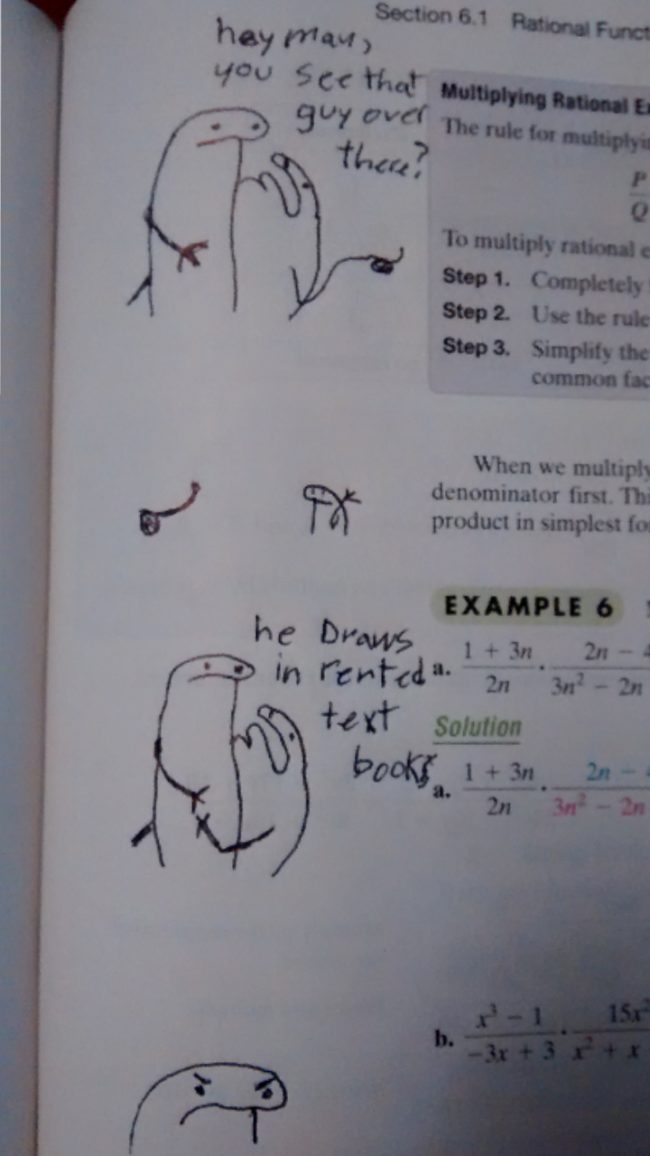 These illustrators are really something. Maybe I should have spent less time trying to maintain my honor roll status and more time working on my art skills.